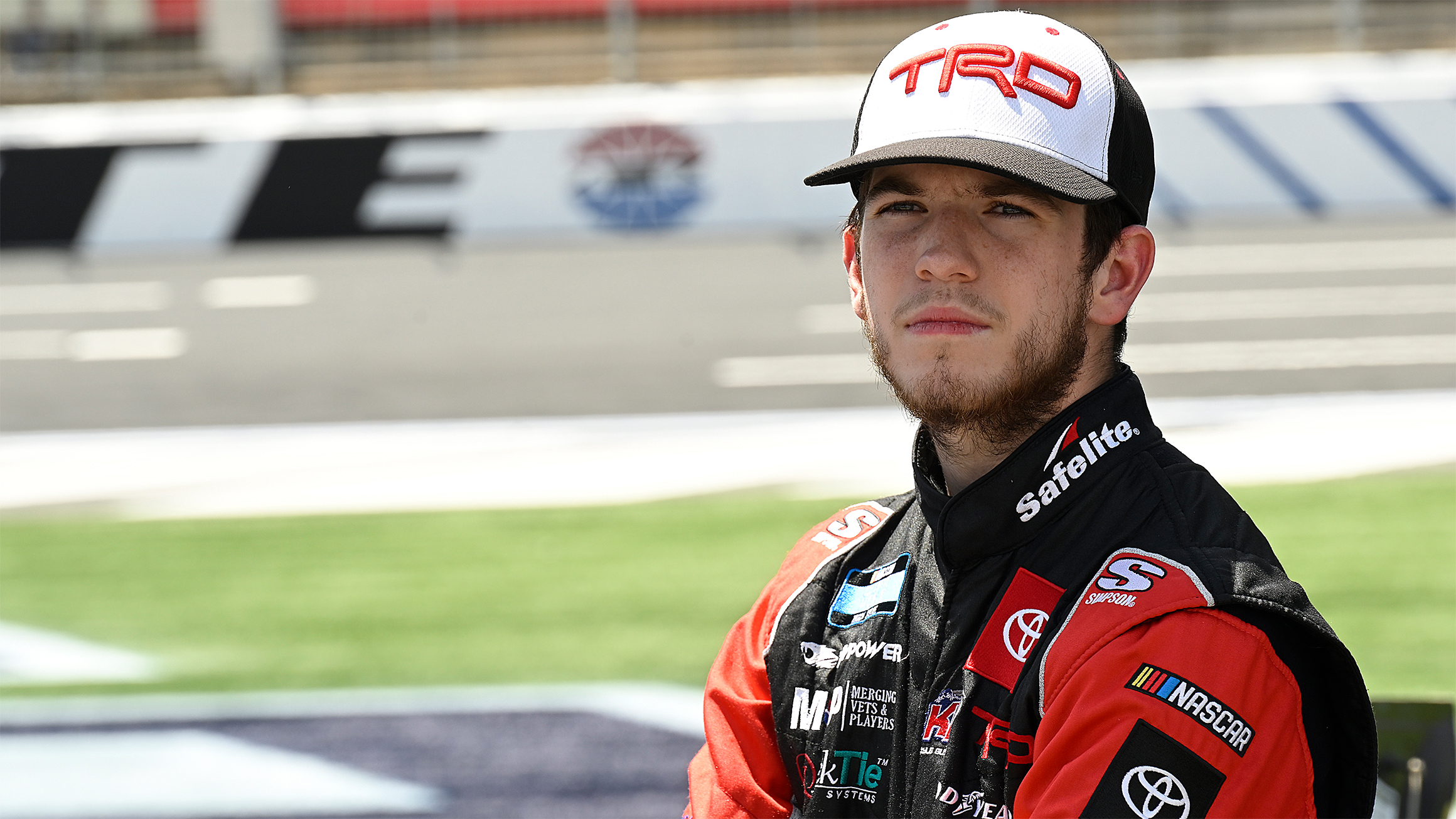 We are in the middle of an eight-week stretch of races. Do you enjoy having races every week?

“I enjoy it because it’s more seat time for myself and the more you are in the seat, the more you are making laps — it doesn’t matter where you are at. I’m mastering my craft and getting better with my craft every single weekend, so the more I can be in the seat every single weekend, the faster that progression grows. With that being said, I’ve been a really big fan of it, and I know my fans have been big fans of it as well. I know it’s been really hard on my crew guys, the shop guys and everybody at KBM, so a big tip of the hat to everybody there that’s been working really hard. I’m really proud of everybody because they’ve been working endless hours just to get us to the race track. Really proud of those guys for giving us really fast Safelite Tundras.”

Is Gateway a unique track to race at?

How does racing at Gateway during the day compare to racing there at night?

“Anywhere you go in general when you go from day to night, or night to day, night time races don’t usually have as fall off as day time races – usually there is more overall grip at night time races and you don’t have as many balance issues as you would in the day. So, with that being said, I think it’s going to more important to have a really good handling truck in the day time, especially considering it’s a short track. There isn’t going to be any resin there and there is probably going to be some long runs, honestly. With that being said, from last year being a night race to the year before being a day race, I can remember it was really critical to have a good handling truck at the day race than it was at the night race.”

KBM-70: The No. 18 Safelite team will unload KBM-70 for Saturday’s race. Smith has two victories with this Tundra TRD Pro, earlier this year at Las Vegs Motor Speedway and in last year’s season finale at Phoenix Raceway. Smith has been the only driver to pilot this chassis, scoring two wins, three top-five and five top-10 finishes across seven starts.