Chandler Smith Wheels it to P2 at Knoxville 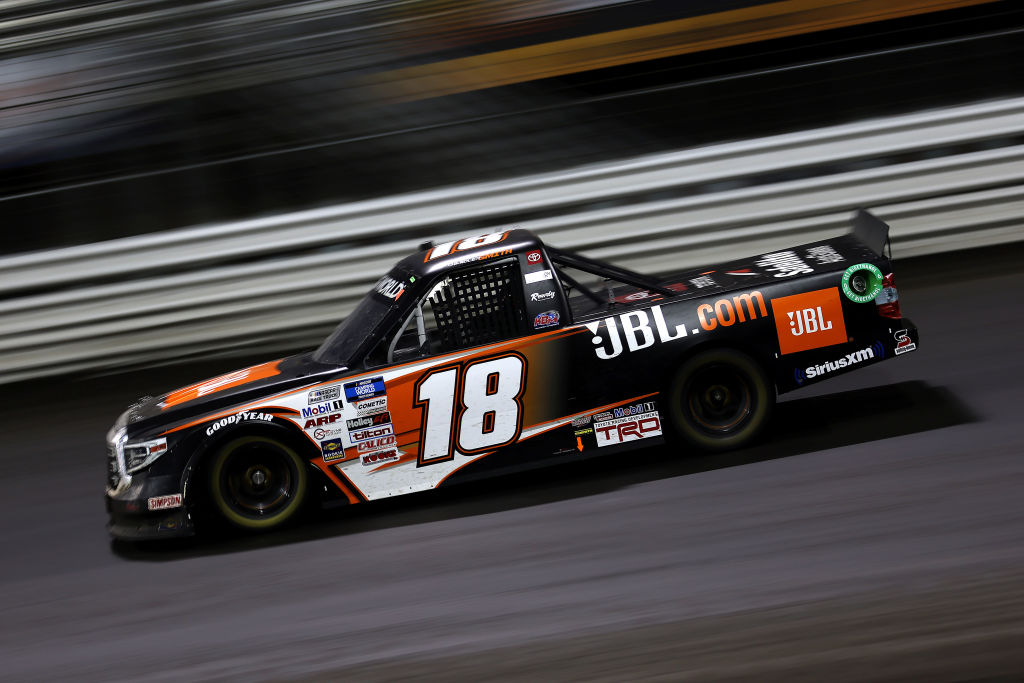 A strategy call by veteran crew chief Danny Stockman put Chandler Smith out front for the Final Stage on Friday night’s inaugural NASCAR Camping World Truck Series event at Knoxville Raceway, a famed half-mile dirt oval. Smith would remain out front for the next 72 laps, safely ahead of the melee that ensued behind him, with other drivers knocking into each other and knocking each other out of the race, for a total of nine cautions spanning 48 laps in the Final Stage.

With worn out tires, Smith managed to hold off the field during the first two overtime periods, but when a quick caution slowed the field during the third overtime, NASCAR ruled that Austin Hill had narrowly edged past Smith into the lead at the time the caution occurred.

With the lead, Hill was able to restart on the preferred inside lane with Smith to his outside for the fourth and final overtime. After taking the green, Hill ran Smith up the hill heading into Turn 1 and caused the JBL Tundra to fall back to the fourth position, but as the two trucks that passed Smith battled and bumped through Turns 3 and 4, he was able to complete a three-wide pass coming to the white flag and ended the event with the second runner-up finish of his Camping World Trucks career.

What happened in the final restarts of the race?

“First of all, just have to thank Danny (Stockman, crew chief) and all the guys on this No. 18 JBL Toyota Tundra team. They worked their tails off on this thing and we got it really good in practice. We fell back there in the race, and I couldn’t run the top, but we were able to make it work on the bottom. We needed track position, but we were able to lead a bunch of laps. I don’t think the call was right (at the end with regard to line-up) that they (NASCAR) made to be honest, but it is what it is and that’s part of it.”

Smith and the No. 18 team maintained the 11th position in the Camping World Truck Series championship standings. With Grant Enfinger in the eighth spot not being playoff eligible, Smith now sits 40 points ahead of Derek Kraus for the 10th and final playoff spot with just one race remaining in the regular season. Smith is 13 tallies behind Stewart Friesen for the ninth spot on the playoff grid and 21 behind Carson Hocevar for eighth.

Smith will be back behind the wheel of the No. 18 JBL Tundra when the NASCAR Camping World Truck Series resumes action Saturday, Aug. 7 at Watkins Glen (N.Y.)  International Raceway. Live coverage of the United Rentals 176 will be on FS1, Motor Racing Network and SiriusXM at 12:30 p.m. ET.