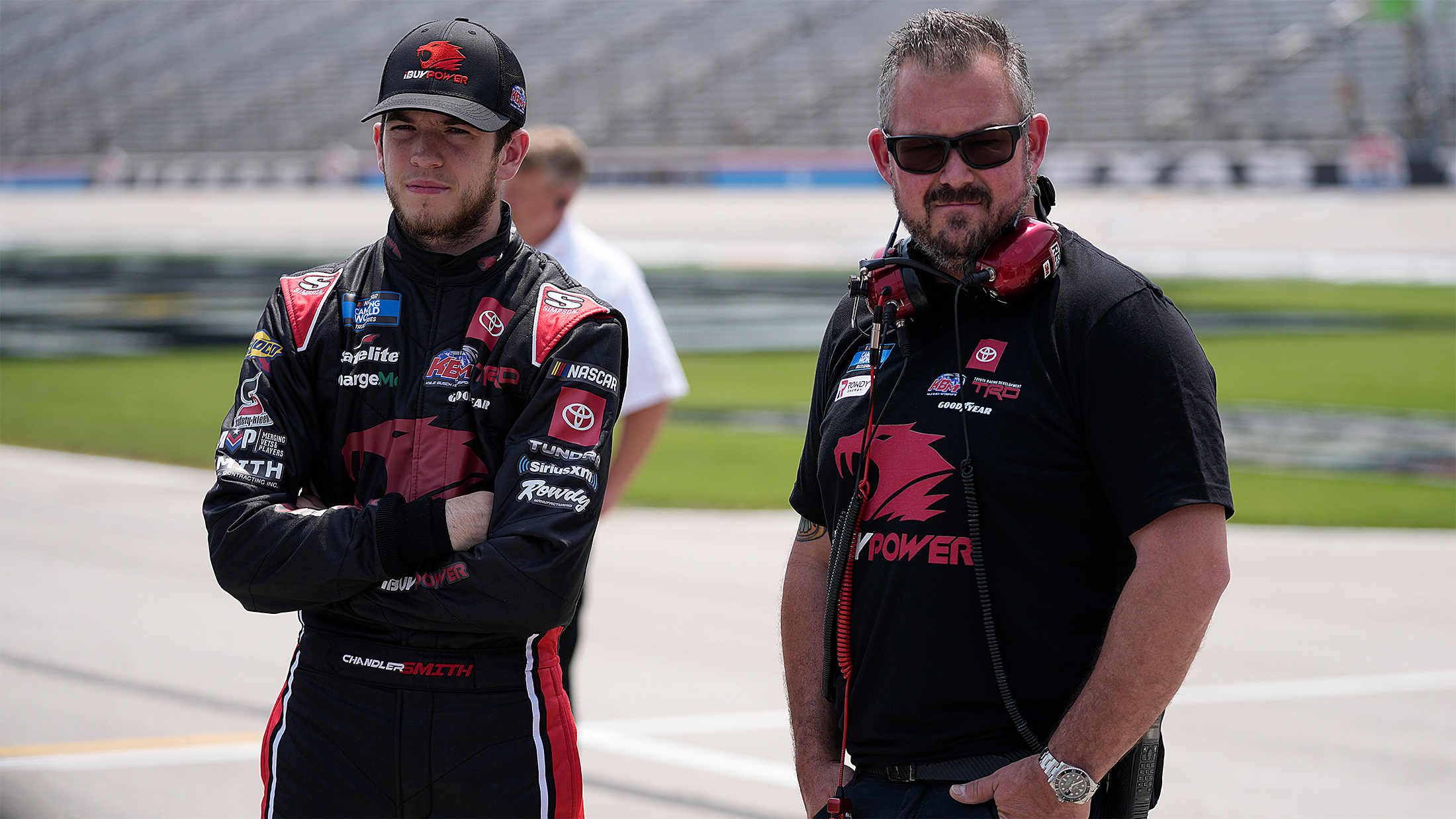 With being 24 points above the cutoff line, how will you approach Saturday’s race?

“We’ve had some meetings about how we will approach it and I still don’t think we have an answer – we’re kind of up in the air. It’s super situation dependent – it depends on who we are racing around, where the other guys that we are racing for points are and what they are doing, how much energy is in the pack – and our strategy could change lap to lap. The ultimate goal is to finish the race in our iBUYPOWER Tundra TRD Pro and if we can collect some stage points along the way that would be a bonus. At the end of the day, we just need to be safe about it.

How important is it to have a good spotter for superspeedway races?

“It’s huge, if my spotter tells me to bail, I trust in his judgement and I’m going to bail without thinking about it twice. I have full trust in (Chris) Lambert and he’s obviously really good at what he does – you see what he and Denny (Hamlin) are able to do in the superspeedway races and they have the Daytona 500 rings to prove it.”

KBM-64: The No. 18 iBUYPOWER team will unload KBM-64 for Saturday’s Truck Series race at Talladega. It is the same Toyota that Smith has piloted in all four of his superspeedway races across his career with a best result of third coming with it at Talladega in 2020 in his first career superspeedway start.