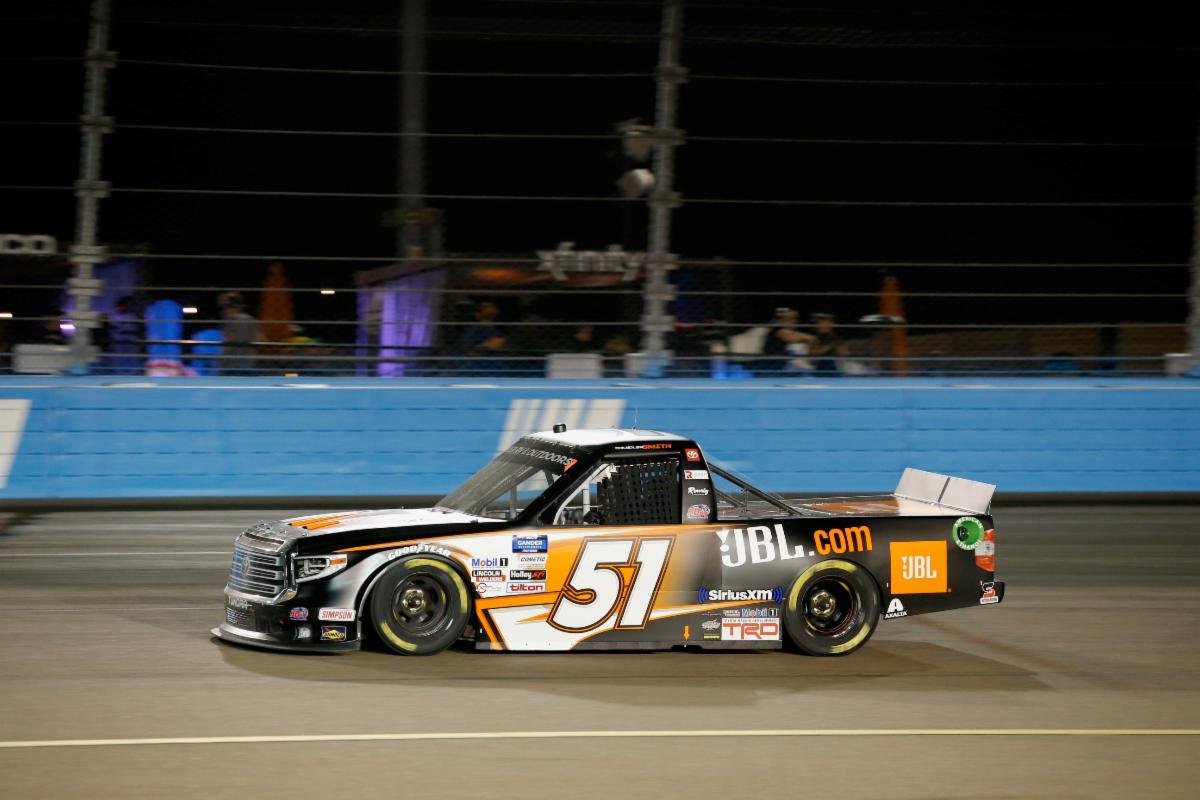 Chandler Smith brought home the No. 51 JBL Tundra in the third position after battling a tight Tundra throughout the majority of the event. The No. 51 team would finish the 2020 season sixth in the owner’s standings.

How did you get to the podium on that final restart?

“Overall, we had a really good finish in our No. 51 JBL Toyota Tundra. We just missed it on our splitter heights this weekend and ultimately it killed us, especially with how deep we started in the pack. We stayed out on that late race caution, got some track position and executed.”

The No. 51 team would finish the 2020 season sixth in the owner’s standings.