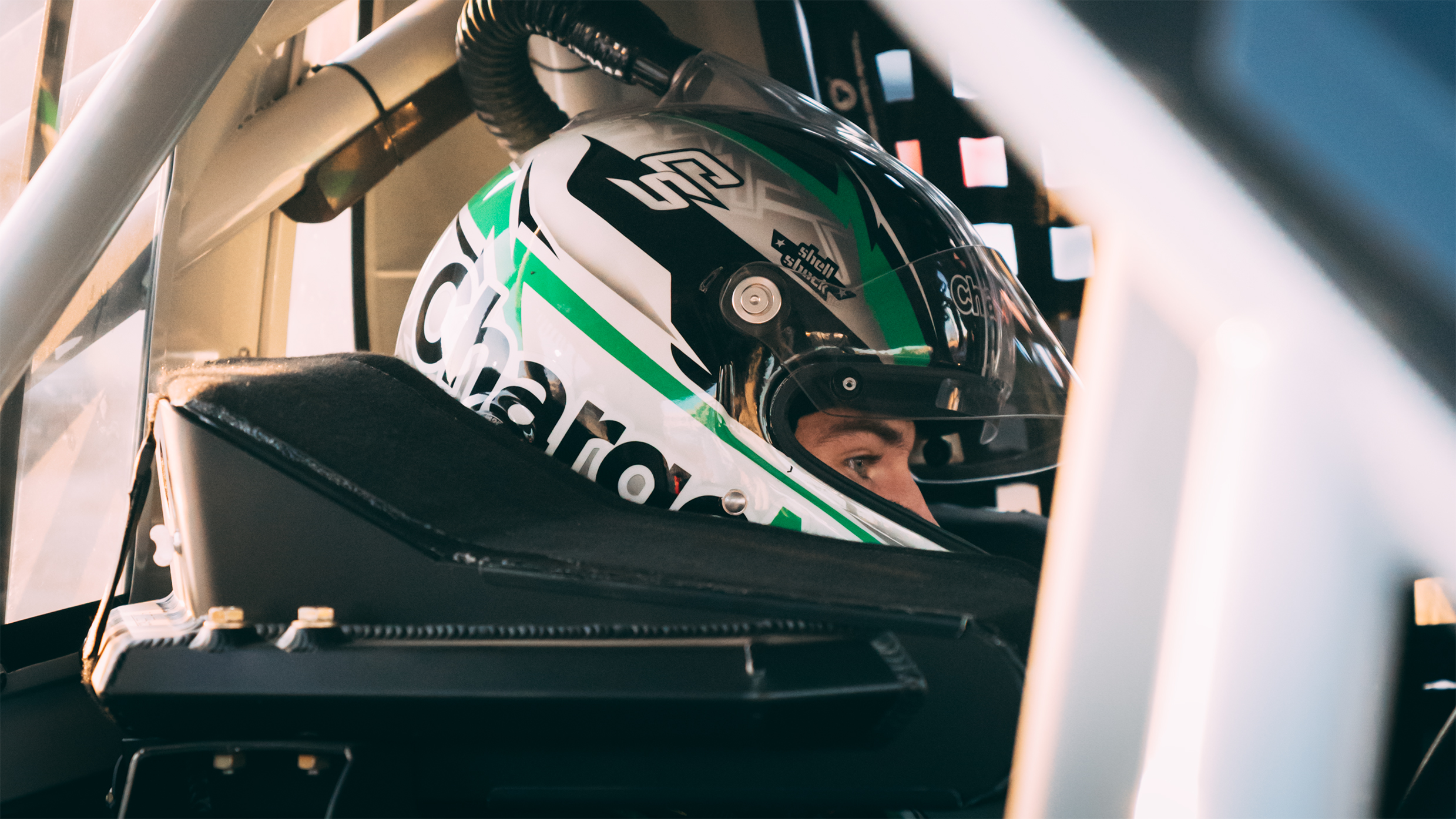 Talk about the experience of welcoming your first child to the world.

“It’s been amazing to say the least. Everyone talks about how life changing it is to have a child, to get married and to be a father, and to both of those points that is still an understatement saying that its life changing. We are simply blessed – it was an amazing experience for my wife through labor and delivery, and an amazing experience for myself. Obviously, me and my wife have gotten even closer now that we have a child, so it’s just overall a surreal experience and I’ve never been so happy in my life.”

You finished fourth at Richmond last year. What is your mindset heading back there this year?

“It’s a short track essentially and we have a good notebook going back there. Last year, we weren’t great there, we finished fourth, but we didn’t have a fourth-place truck. We took probably a 10th-place truck and salvaged a fourth place out of it – which is really good from a team aspect. We have a lot of notes going back on what we did wrong and what we need to do to fix that. I feel like our short track program has come a long way since last year at Richmond as well, so I’m feeling really confident in myself and my team and everybody that’s at KBM.”

How do you approach Saturday’s race being 24 points above the cutoff line for advancing to the Round of 8.

“I wouldn’t say I’m not worried about making the cutoff because anything can happen. IRP (Lucas Oil Indianapolis Raceway Park) is a prime example, we were second starting and now we are fifth or sixth, so one race can really shift things a lot. I wouldn’t say I’m not worried, but I will say that we are still going for wins, stage points, playoff points – that’s our main focus still. I feel like if the performance is there than the points will come with it.”

KBM-70: The No. 18 Charge Me team will unload KBM-70 for Saturday’s race at Richmond. Smith has two victories with this Tundra TRD Pro, earlier this year at Las Vegas Motor Speedway and in last year’s season finale at Phoenix Raceway. He raced this Toyota most recently at World Wide Technology at Gateway, where he led 40 laps and earned the Stage One win before getting put into the wall while leading early in Stage Two. He would recover from the incident to earn a third-place finish.