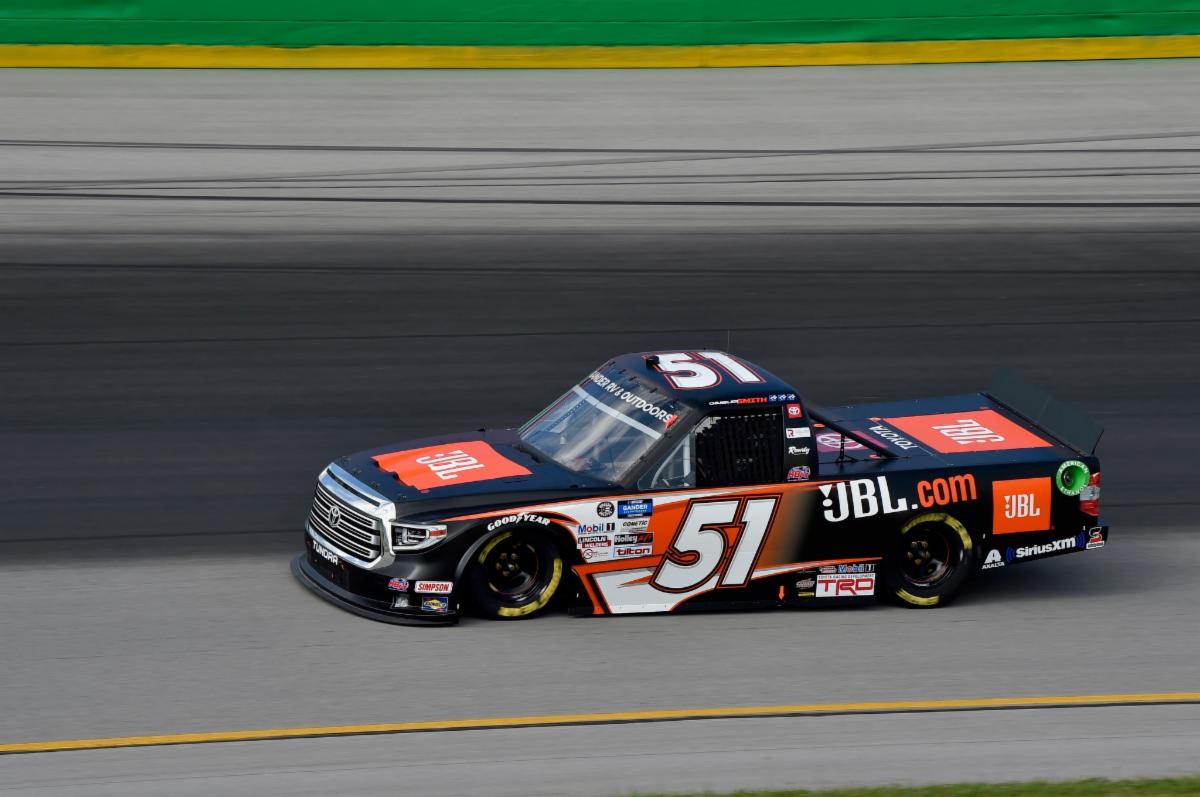 Chandler Smith, who finished inside the top 10 in his first four NASCAR Gander RV & Outdoors events of his career, was relegated to a disappointing 22nd-place finish in Saturday’s rain shortened Buckle Up In Your Truck 225 at Kentucky Speedway. Smith got put in a hole in the early stages of two when contact with another truck caused some minor cosmetic damage to his JBL Tundra.

Not knowing that bad weather would move into the area quicker than forecasted, veteran crew chief Danny Stockman called Smith to pit road under caution on Lap 43 to have the crew assess and make repairs to the damage. Smith would be scored in the 34th position for the ensuing restart and over the final 29 laps of Stage Two would only be able to make his way up to 22nd as competitors found it hard to pass on the one-groove racetrack.

Shortly after the completion of Stage Two, lightning in the area forced NASCAR to bring the trucks to pit road, and then after heavy rains began to fall, they deemed the race official.

“It was a tough night for our No. 51 JBL Tundra team. I kept getting put in tough situations and ended up with a disappointing result in my first start on a mile-and-half track. Just as I was getting settled in and ready to make our way back to the front of the field the rains came earlier than expected and we weren’t able to run the Final Stage. I’m looking forward to getting more seat time and more experience and learning how the aerodynamics play a factor with the trucks so I can avoid getting put in tough spots. Can’t wait to get behind the wheel of the JBL Tundra for my next one.”

After seven races the No. 51 team sits second in the NASCAR Gander RV & Outdoors Series standings, 13 tallies behind the No. 16 team. The No. 51 team leads the series with three victories, two with owner-driver Kyle Busch and one with Brandon Jones.

Kyle Busch will be back behind the wheel of the No. 51 Cessna Tundra when the NASCAR Gander RV & Outdoors Truck Series resumes action July 18 at Texas Motor Speedway in Fort Worth. Live coverage of the Vankor 350 begins Saturday at 8 p.m. ET on FS1.