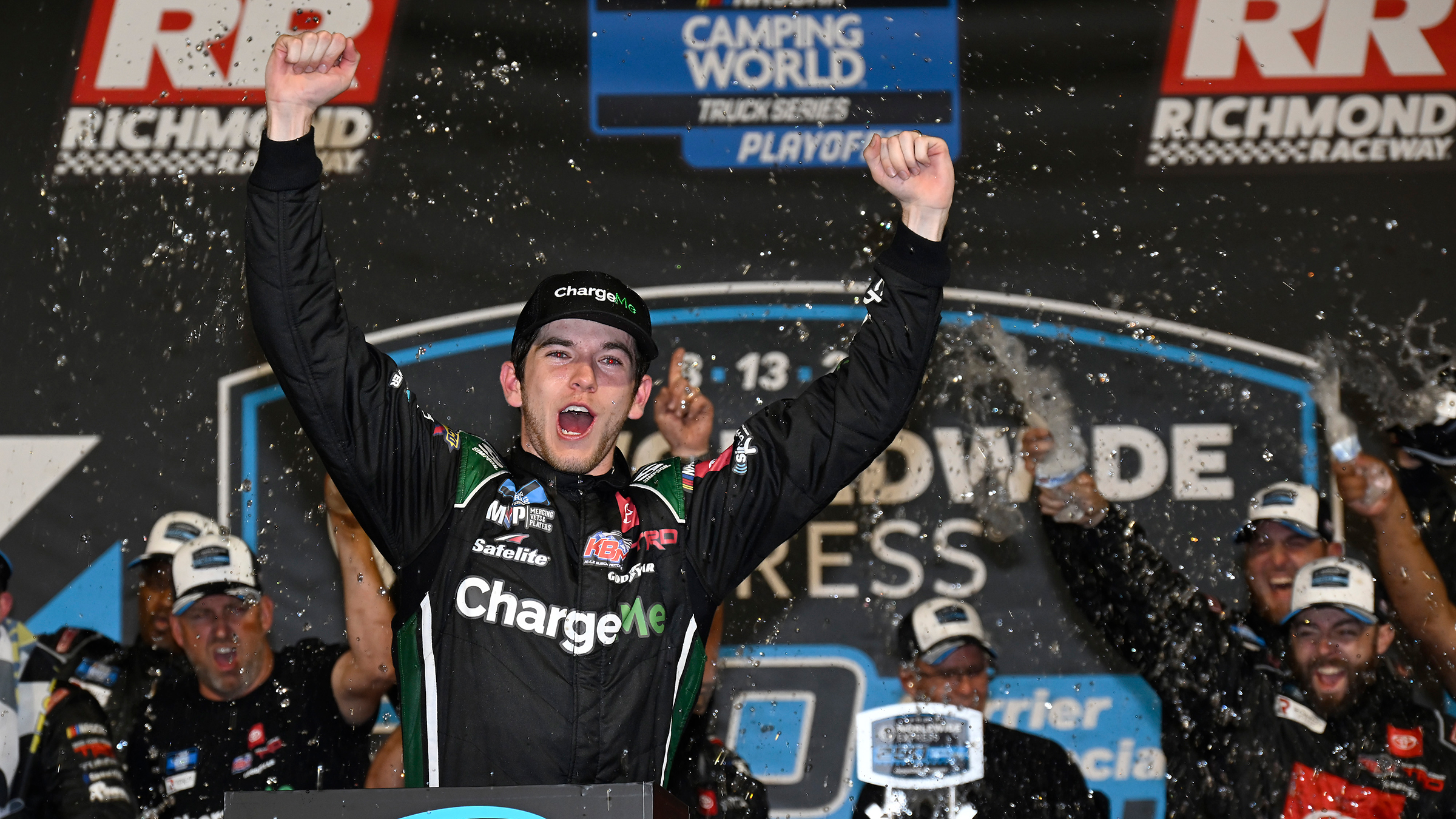 After finishing third in the opening stage of Saturday night’s Worldwide Express 250, the No. 18 over-the-wall crew executed a lightning fast four-tire and fuel stop that put Chandler Smith at the front of the field for the Stage 2 and the Charge Me driver never looked back. Smith, who was racing for the first time as a father, would lead 176 of the final 177 and cross the finish line 2.790 seconds ahead of his Kyle Busch Motorsports (KBM) teammate John Hunter Nemechek.

The win was Smith’s fifth across 56 career NASCAR Camping World Truck Series starts and his third in 2022. With the victory, Smith automatically advances to the Round of 8 of the Truck Series playoffs.

Chandler Smith, driver on the No. 18 Charge Me Tundra TRD Pro for KBM

After becoming a first-time Dad earlier this week, how special is this race win?

“God is so good. I’m a Daddy now. My wife had such an amazing labor and delivery. We have an amazing and beautiful baby boy at home. Honey, this is for you and Jr. this is for you as well. I can’t wait to get home to you two tonight. The blessings just keep stacking up. I have an incredible group behind me at KBM (Kyle Busch Motorsports) and an incredible group of partners with Charge Me, Safelite and everybody. I’m taking this in. I don’t know what I’ve done to deserve it, but I’m going to keep taking it in and giving all glory to the Lord.”

Does this race win serve notice that the championship will go through this team?

“I’ll leave that to you guys. Just like I said at media day, if the Good Lord wants it to be our championship, then it will and if it’s not, it’s not. I like how everything is going right now for sure.”

With the victory, Smith advances to the Round of 8 of the NASCAR Camping World Truck Series playoffs with one race remaining in the round. Smith also leads the point standings by two points over regular season champion Zane Smith. With the stage victory and race win, Smith’s playoff point total now sits at 28, which ranks him second to Zane Smith.

Smith will be behind the wheel of the No. 18 Safelite Tundra TRD Pro when the NASCAR Camping World Truck Series heads to Kansas Speedway in Kansas City Sept. 9 for the final race of the Round of 10. Live coverage will be on FS1, Motor Racing Network, and SiriusXM at 7:30 p.m. ET.