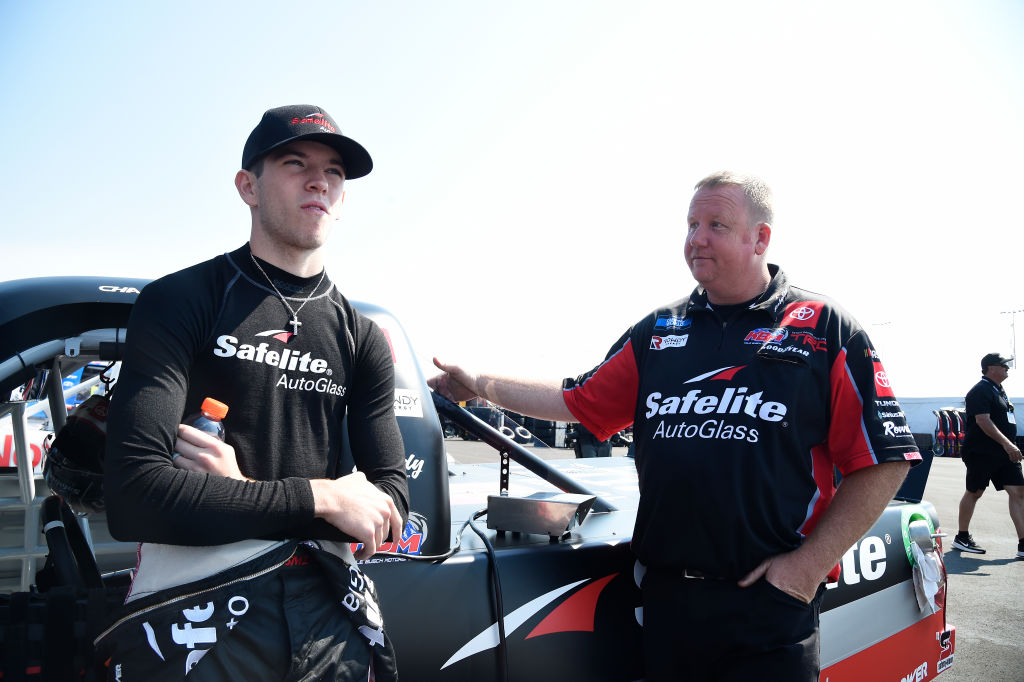 You have a 40-point advantage heading into Saturday for the final playoff spot. Will you be on offense or defense?

“I think the biggest thing for us going to Watkins Glen is just not beating ourselves. We’ve got to finish the race, make sure we are 25th or better, have a solid day on my end and the pit crews end and hope everything goes our way.”

You ran inside the top 10 for the majority of the Daytona Road Course race. How have you adapted so quickly to road course racing with very little experience?

“I don’t know to be honest with you, I don’t have a road race background every. My first road course race was in an ARCA car down at Daytona Road Course and the second time I ever hopped in one was Daytona Road Course in a truck. It definitely helps having all the data and all the tools that we have offered for myself, and the team and it definitely helps having a lot of good people surrounding me as well.”

What have you been doing since the Truck Series last raced at Knoxville?

“Actually, I haven’t had any off weekends. Right after Knoxville I went and got married. Right after that, we went down to Pensacola, Fla. to race some Super Late Model races, Friday night finished second and Saturday night won it, and then I raced at Hickory this past weekend and finished second again. Hopefully we’ll combine all these seconds and turn it into a first at Watkins Glen.”

KBM-72: The No. 18 Safelite AutoGlass team will unload a brand new Tundra, KBM-72, for Saturday’s race at Watkins Glen.