Chandler Smith Preps for Final Race in Round of 10 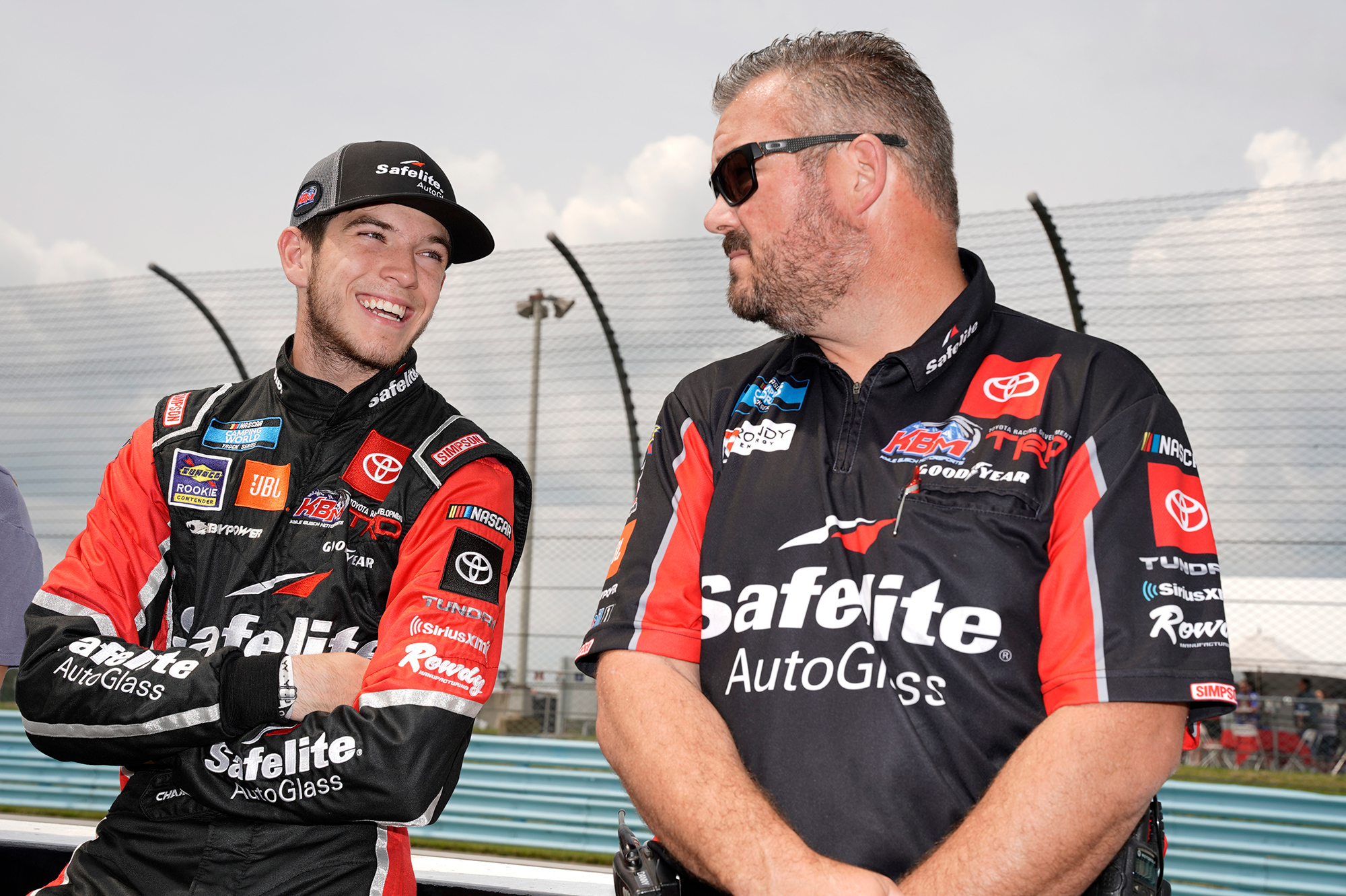 Do you enjoy racing at Bristol?

“It’s a short track that has a lot of banking and it has my name written all over it! I love Bristol. Growing up as a kid I always dreamed of racing there and the first time I ever got to race there with KBM was amazing, especially being in the Camping World Truck Series. Overall, I’m really excited about going there and I think our luck will hopefully turn around and we’ll bring the Safelite Tundra home in one piece.”

With being 12 points below the cutoff line for advancing to the round of 8, how will you approach Thursday’s race?

“The biggest thing for us is surviving and honestly trying to win the race. That’s all we can really do is run our own race and if we are really good, we should be able to win the race and if not maximize all of our points and do the best we can. If we come up a little short, it is what it is, and we’ll know that we gave it our best. You can only control the things that you can control, you can control others. Hopefully we can just go out there and get the win though. That’s what we are looking forward to.”

You’ve been running more Super Late Model races lately and have won a couple of them. Does that help you when you get in a truck?

“I think it’s confidence honestly. At the start of the year, we were okay in the trucks, and it steadily started going downhill, downhill, downhill. I wasn’t doing much Super Late Model racing at that time, so my confidence as a driver may have been a little bit down just because you hear things, hear people start saying stuff and you kind of start second guessing yourself and your ability to drive. Being able to hop in a Super Late Model and be really strong every weekend I hop in one and picking up a few wins this year definitely boosted my confidence back up. So, it definitely helps me as far as my confidence.”

KBM-52: The No. 18 Safelite AutoGlass team will unload KBM-52 for Thursday night’s race at Bristol. It is the first time that this chassis has raced this season. Smith drove this Tundra to a fifth-place finish at Bristol last September. KBM-52’s best career finish of second came with KBM owner-driver Kyle Busch in its debut race at Kansas Speedway in Kansas City in May of 2020.