Chandler Smith Overcomes Issues and Charges Back to Fourth-Place Finish 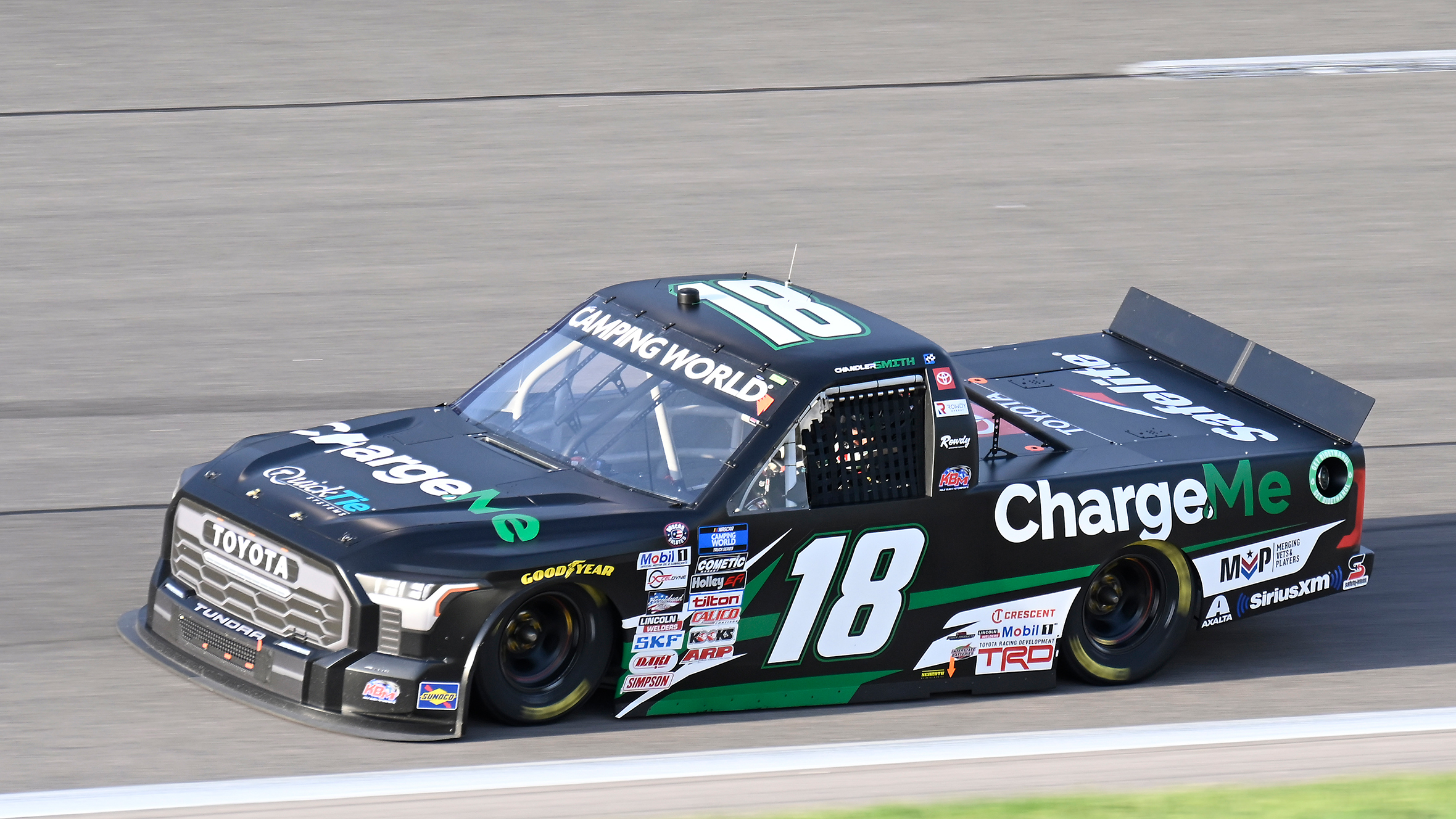 Moments before crossing the stripe to end Stage One in the fourth position Chandler Smith reported that he had lost fuel pressure. Smith would have to coast down pit road before it opened and would go one lap down while the over-the-wall crew got the Charge Me Tundra TRD Pro refired.

Smith would earn the “Lucky Dog” at the end of Stage Two and then began to charge back through the field in the Final Stage. He made his way back into the top five with 30 laps remaining and was running fourth when a one-truck spin with just under 10 laps remaining bunched the field back up.

The talented teenager would line up on the outside of the second row, behind his KBM teammate John Hunter Nemechek, for the ensuing restart eight laps remaining. Nemechek would spin his tires in the restart zone, causing the inside line to bottle up. After falling back to fifth, Smith would gain one position in the closing laps to bring home his fourth top-five finish of the season.

Smith will be behind the wheel of the No. 18 iBUYPOWER Tundra TRD Pro when the NASCAR Camping World Truck Series resumes action Friday, May 20th at Texas Motor Speedway in Fort Worth. Live coverage of the SpeedyCash.com 220 will be on FS1, Motor Racing Network and SiriusXM at 8:30 p.m. ET.