Chandler Smith On Wrong End of Last-Lap Pass at Atlanta 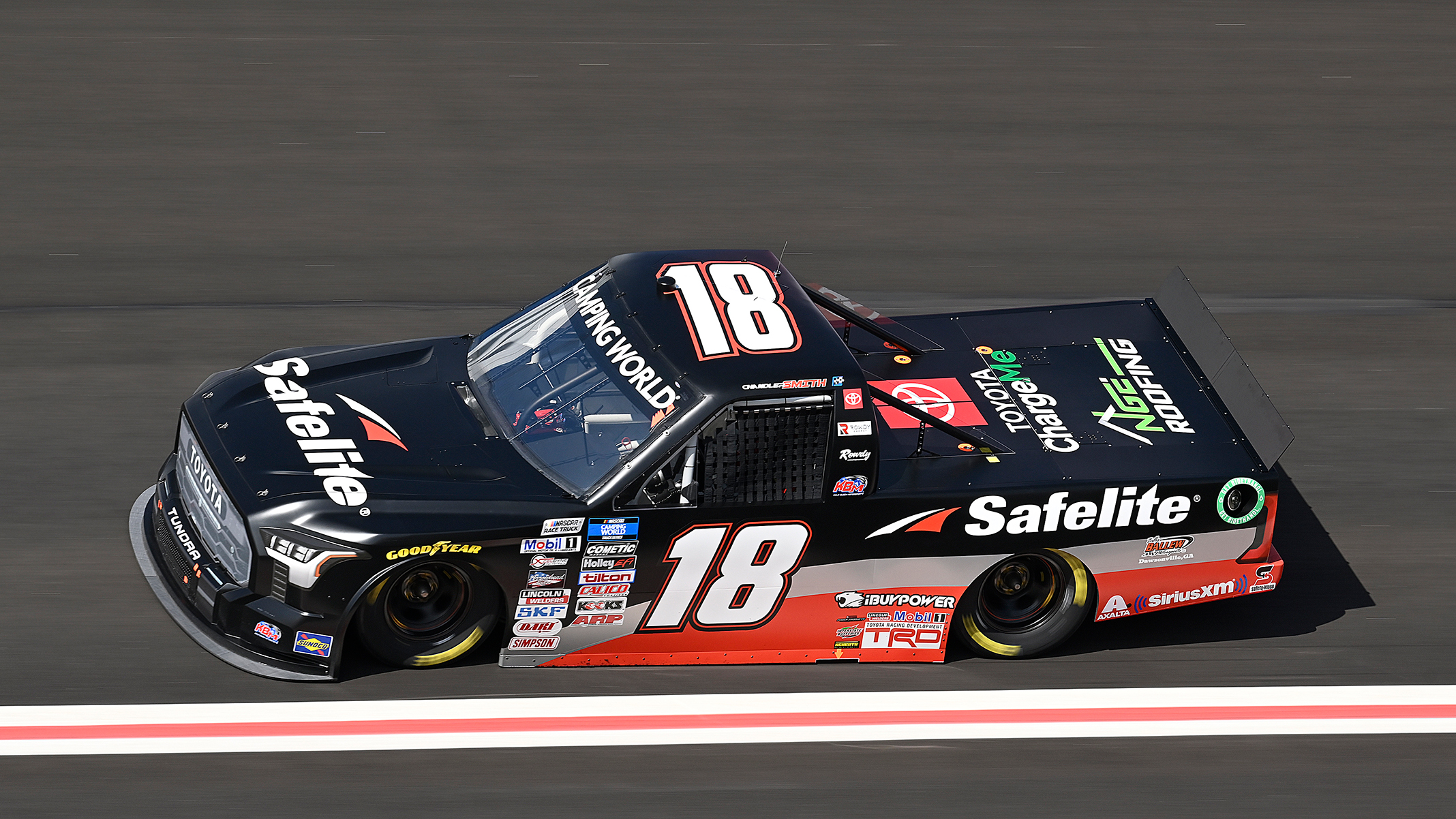 Saturday’s Fr8 208 came down to a battle of two 19-year-old drivers for Kyle Busch Motorsports who cut their racing teeth on the quarter-mile track at Atlanta Motor Speedway battling for the win and their home state venue. With 20 laps remaining, Chandler Smith made his way past fellow Georgian Corey Heim for the lead and would remain out front when the field took the white flag as he appeared to be closing in on his second consecutive win of 2022, after winning on a last-lap pass at Las Vegas Motor Speedway.

The third KBM entry with John Hunter Nemechek had found himself blended in behind Smith and Heim, despite being two laps down after suffering a flat tire under green-flag conditions. As Heim made a move to the inside of Smith, Nemechek followed him, giving him the push that resulted in successfully completing the last-lap pass, while Smith fell back to fourth as the field crossed the stripe.

Despite the disappointing finish, Smith maintained his lead in the Truck Series standings. After three races he sits 13 tallies ahead of Tanner Gray.

What did you need at the end of the race to bring home the win?

“Honestly just for lapped cars not to get in the mix of lead-lap cars there. I would’ve liked to duke it out with the 51, just us and not have anyone else in the middle of it – it is what it is. I’m happy for them (the 51 team) that’s their first win of the year and first win for Corey (Heim). That’s exciting, I remember how it was to get my first and it was a really cool moment. Happy for him and happy for that whole group. Stockman and everybody back at KBM, they give me a really fast Safelite/Charge Me/NGE Roofing Toyota Tundra TRD Pro today. It just sucks that it had to end like that, wish we could’ve duked it out.”

Smith will be back behind the wheel of the No. 18 Safelite Tundra when the NASCAR Camping World Truck Series resumes action Saturday March 26 at Circuit of the Americas in Austin, Texas. Live coverage of the XPEL 225 will be on FS1, Motor Racing Network and SiriusXM at 1 p.m. ET.