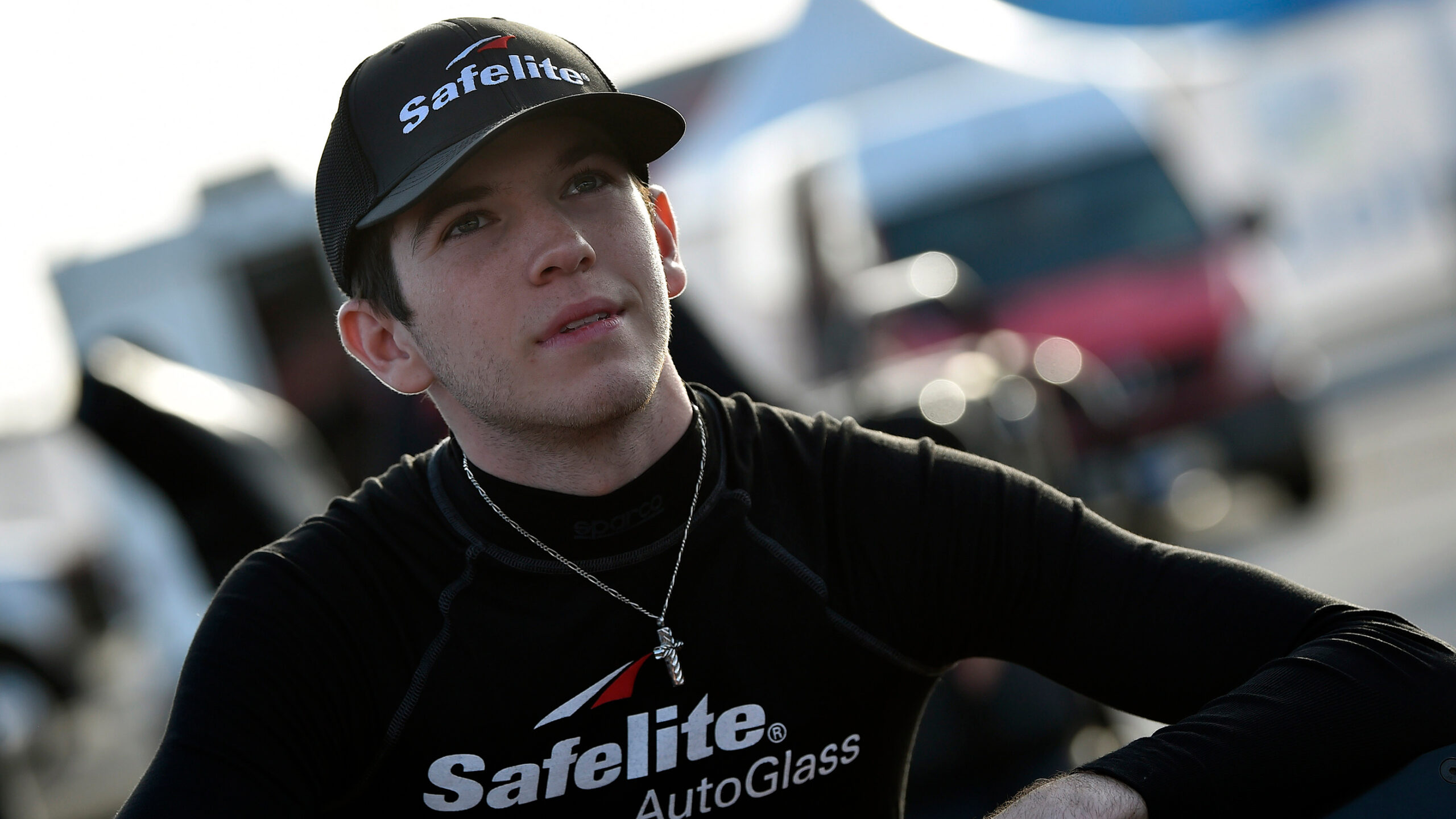 You led a bunch of laps and won a stage at Nashville last year. What do you have to do this year to have a better finish in the end?

“Last year at Nashville we were really strong and had a lot of speed but with that being said I wasn’t really happy with my Safelite Tundra. We were fighting a little bit of tight on exit and once I got back in dirty air with Nashville being a concrete track and being a one to two groove track it reminded me of Dover with dirty air and how tight it makes you. Once we got back in dirty air we were just as tight as I was up front in clean air, and I wasn’t able to go anywhere. Thinking about that, going back we want to be able to have maneuverability and in the back of my mind and Stockman’s mind (Danny, crew chief) we have to think about we need to do better if we get in dirty air. That’s the mentality we are going with and we’re going to win.”

Is there a track that you’ve raced at this season that is similar to Nashville that you can take notes from?

“Not really, it’s close to a mile-and-a-half in length, but as far as the approach with setup and mentality, it’s a short-track mentality from my perspective. With that being said, we’ve been really strong at the short tracks and setup wise that is what we’re going with is kind of a short-track package to an extent with little things here and there to make up for how big the track is. I’m really confident in the speed we’ve had at short tracks and mile-and-a-halves, so going to a track that is a little smaller and where we have good experience at in the past, I’m really confident.”

Does it give you extra motivation to have an extra $50,000 on the line with the Triple Truck Challenge?

“That would help a lot, especially with the diaper bill that is going to start coming along here in the next few months. Bigger picture for us is the regular season championship. That’s what we are all eyes on and that’s what we are trying to get.”

KBM-68: The No. 18 Safelite team will unload KBM-68 for Friday’s race at the Nashville. In its lone start this season, Smith brought home an eighth-place finish with this Tundra TRD Pro at Texas Motor Speedway in May. John Hunter Nemechek’s third-place result at Bristol last year has been KBM-68’s best result across six career starts.