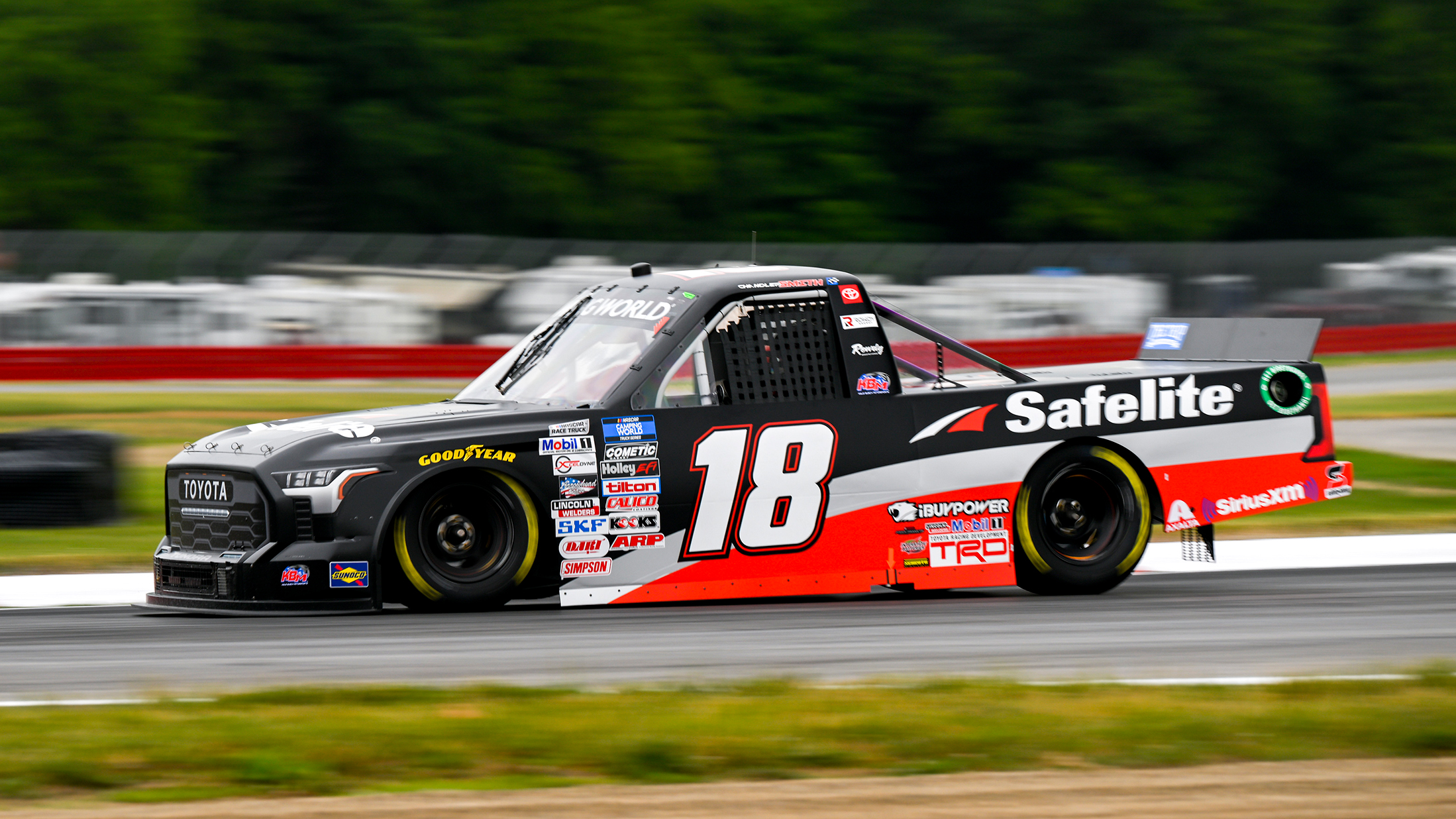 Chandler Smith started 31st in Saturday’s O’Reilly Parts 150 after struggling to stay on course during Friday’s qualifying session in wet conditions. The 20-year-old driver methodically maneuvered his way through the field throughout the 67-lap event on the 13-turn road course making his way into the top 10 for the first time with 20 laps remaining.

The Safelite driver would come up just short of earning top-five finishes in all three road course races this season, crossing the stripe in the sixth position.

Chandler Smith, driver on the No. 18 Safelite Tundra TRD Pro for KBM

How was your truck coming from the back to the front in today’s race?

“It was a challenge and that’s an understatement. Second time ever being here, first time in the trucks. We didn’t get a good qualifying position obviously, which put us behind the ball a little bit. We were struggling a little bit with the balance getting up through the field, but this place is really, really hard to pass in general. There’s a few places where it’s really heavy braking and everybody today was really good through those sections so you had to push that danger zone a little more. It was either going to reward you or it was going to bite you really, really bad. Figuring that out and then starting to capitalize on that really helped me a lot and also being precise where I chose to use the bumper and where I chose not to use the bumper was a big thing for me today. Really happy with my Safelite Toyota Tundra TRD PRO. Good overall picture day. Obviously wish we could have won the thing, but for the conditions and what we were fighting, can’t be upset with today’s finish.”

Smith moved up two positions into a tie for second in the NASCAR Camping World Trucks series regular season standings. With one event remaining in the regular season, Smith and his KBM teammate John Hunter Nemechek sit 58 points behind points leader Zane Smith.

Smith will be behind the wheel of the No. 18 Charge Me Tundra TRD Pro when the NASCAR Camping World Truck Series resumes action Saturday, July 23. Live coverage of the CRC Brakeleen 150 will be on FS1, Motor Racing Network and SiriusXM at 12:00 p.m. ET.