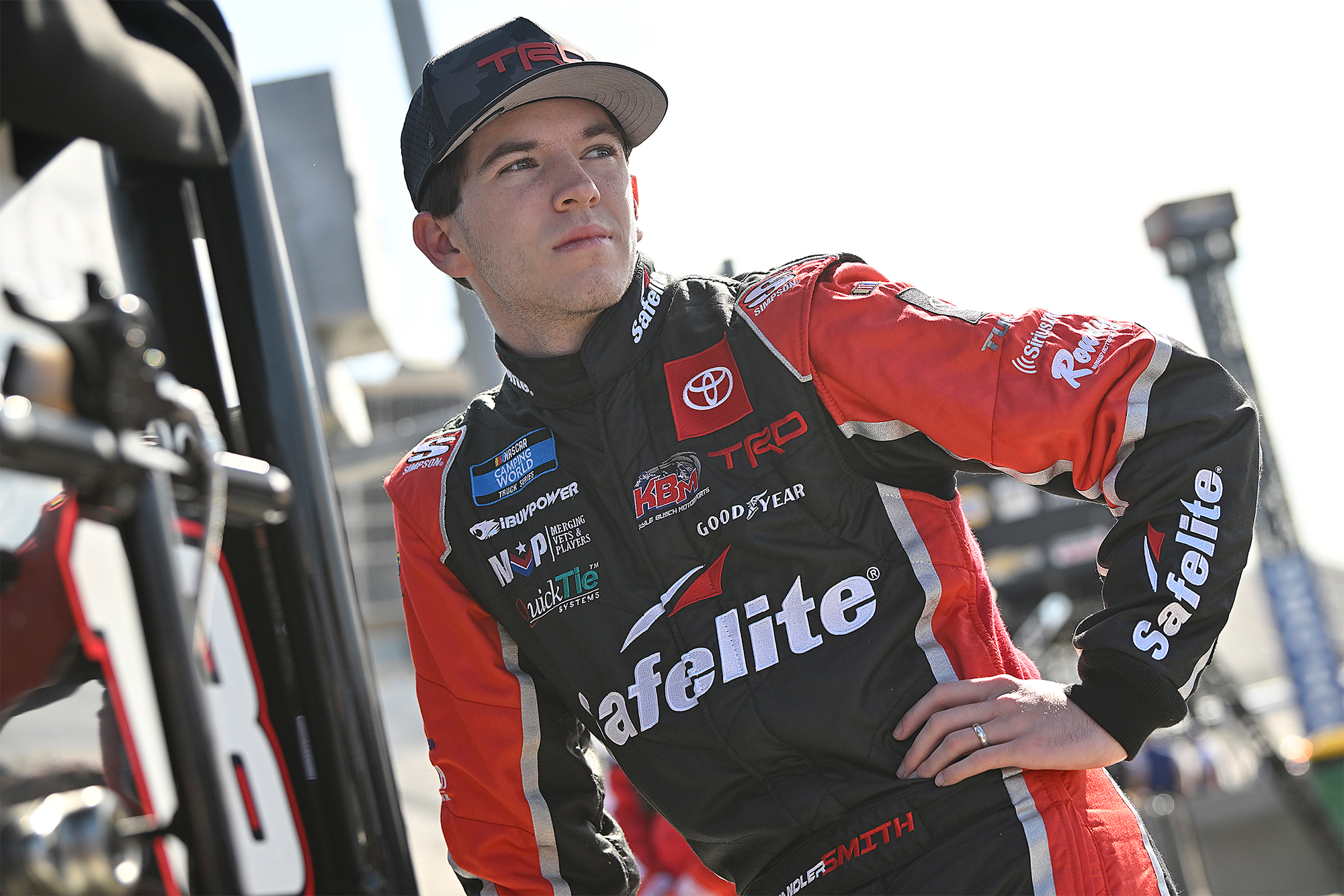 What was the biggest challenge you faced in your first start at Martinsville?

Do you feel that drivers will be less aggressive than last fall because this isn’t a playoff race?

“I don’t feel like this race will be less aggressive than last year’s race even though it is not a playoff race. Just with how everyone has been racing at the start of this year, I wouldn’t be surprised if this will be a really aggressive race.”

If you came home with the grandfather clock on Saturday, where would you put it?

“We have absolutely no room for a grandfather clock, so I have no clue where we would put it.”

KBM-25: The No. 18 Safelite team will unload KBM-25 for Thursday’s race at Martinsville. It is the same Tundra that Smith piloted to a fourth-place finish in last year’s Martinsville race. This Toyota has three career wins, including wins at Martinsville with Todd Gilliland (2019) and Noah Gragson (2017). The other win came with Christopher Bell at World Wide Technology Raceway at Gateway in 2016.