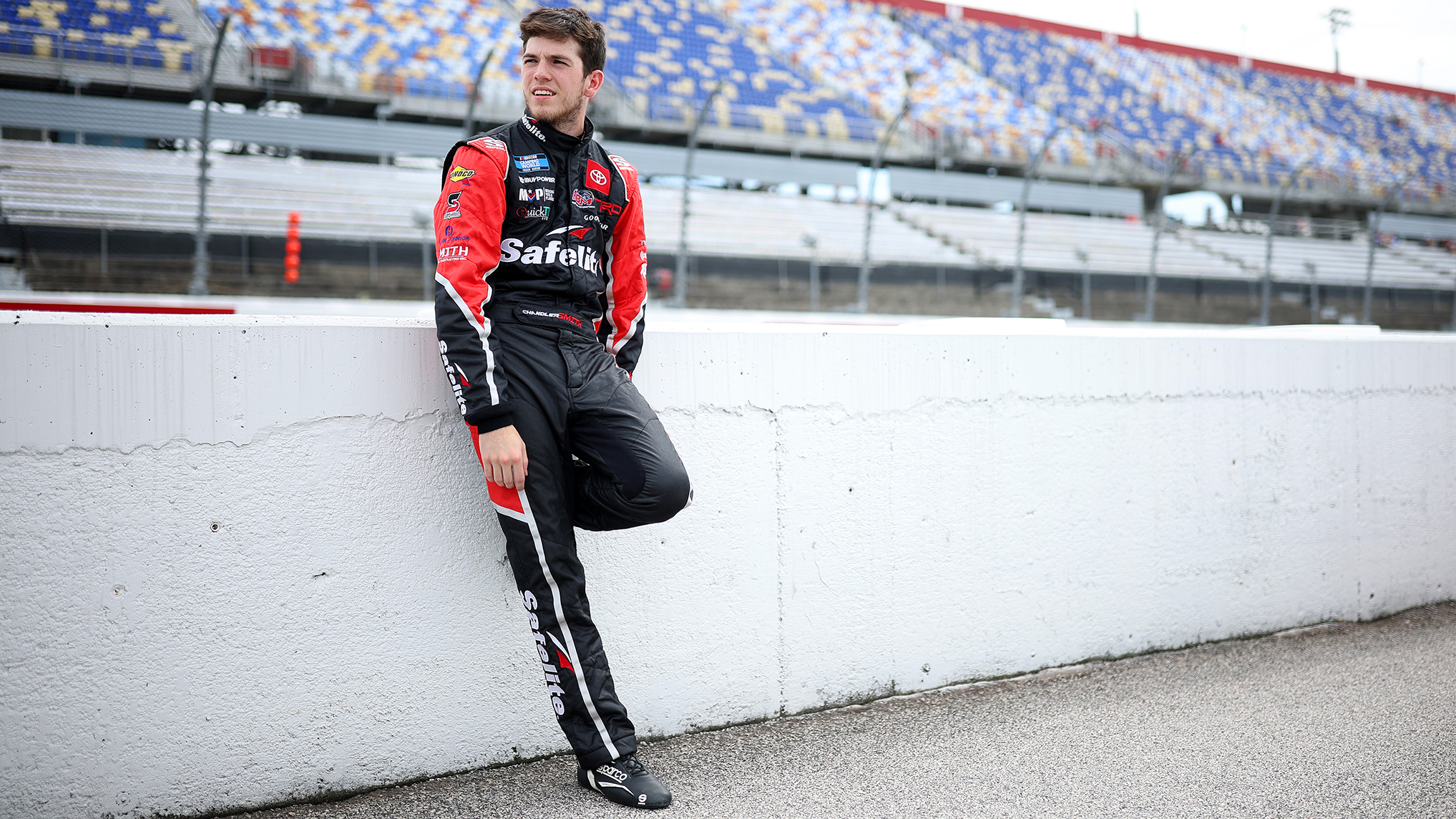 Do you feel like you have momentum on your side heading into the playoffs after dominating Pocono?

“Momentum is definitely on our side — we had a really fast Charge Me Toyota Tundra at Pocono. Looking forward to going to IRP – I have a lot of experience there, I’ve been there three times and won twice in the ARCA Menards Series. I’ve always wanted to go there in a Super Late Model and now it’ll be cool to be going there in the Truck Series. Really looking forward to getting my Safelite Toyota Tundra to victory lane there as well.”

You’ve had success at IRP in the ARCA Menards Series. Does that track fit your driving style?

“I suppose, because honestly Turn 3 at Pocono and Turn 1 at Phoenix – which I feel like I’m respectable at – are very similar to IRP as far as the banking and all, it’s pretty flat. So, I would’ve never have thought of myself to be a good flat track racer, but for some reason if I look back on my history, I show to be pretty decent at those. I guess flat tracks are kind of in my wheelhouse a little bit, I don’t know why that is, but I have a good history with them.”

Are you more prepared to make a championship run this year now that you have playoff experience?

“Yes. I think just because of the maturity factor that goes into it. Last year to this year I’ve matured a lot as far as just understanding how important it is to get playoff points and what that means and what that is going to do for you if you advance to the next round. Different scenarios and understanding that and realizing how important that is. Last year’s experience definitely helped a lot for the bigger picture, which is this year, so look forward to hopefully making it to Phoenix.”

KBM-25: The No. 18 Safelite team will unload KBM-25 for Friday’s race at Indianapolis. Smith piloted this Tundra TRD Pro to a sixth-place finish earlier this year at Martinsville (Va.) Speedway. This Toyota has three career wins across 2o career starts, with wins at Martinsville with Todd Gilliland (2019) and Noah Gragson (2017) and with Christopher Bell at World Wide Technology Raceway at Gateway in 2016.