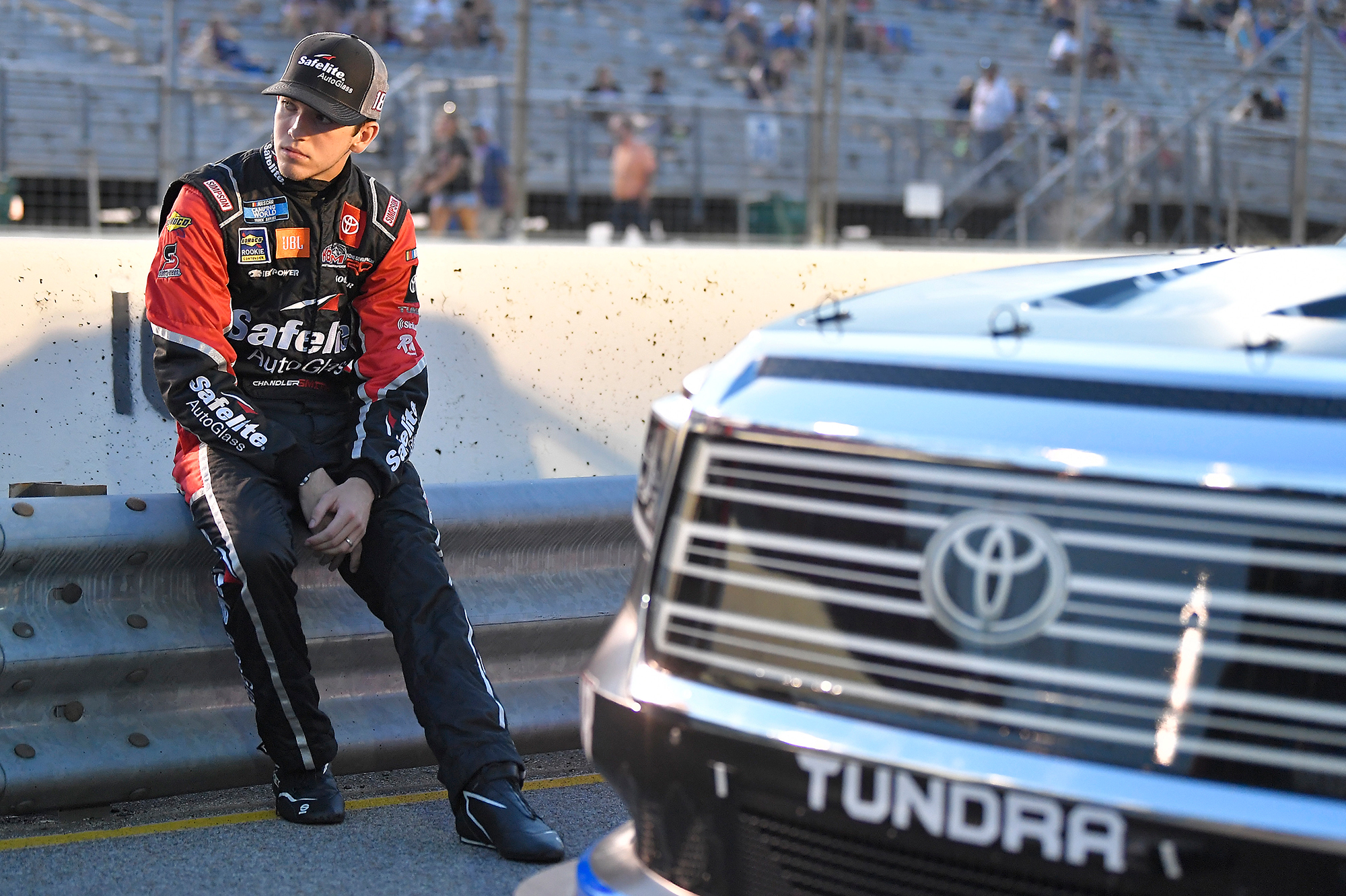 What will your approach be at Darlington being 18 points below the cutoff line with two races remaining in this round?

“I think that you definitely have to look at the points a little bit, but at the same aspect you have to go out there and whatever happens, happens. Gateway was out of my control. At the end of the day, I can only do so much for myself. We have to regroup as a team and do our best at Darlington.”

You’ve had fast Tundras at Darlington, is it a track that seems to fit your driving style?

“I think it’s more of the characteristics that Darlington holds. It’s a really technical race track, it’s really wore out and you have to come completely off the throttle – which is a strong suite of mine. I haven’t been that great at mile and a halves lately, so Darlington is definitely one of my stronger race tracks and I’m looking to bring our JBL Toyota Tundra to victory lane.”

How will the conditions at Darlington be Sunday for a day race compared to what you experienced earlier this year with an evening race?

“Overall, I think it’s going to be a lot more greasier. With higher temperatures than it was the last time we were there it is going to make the track temperature a lot hotter and that will make it really slick.”

KBM-70: The No. 18 Safelite AutoGlass team will unload chassis number KBM-070 for Sunday’s 147-lap event at Darlington. Smith has piloted this Tundra three times this year, including a fifth-place finish it its most recent outing at Texas Motor Speedway in June and a sixth-place result at Charlotte (N.C.) Motor Speedway in May.