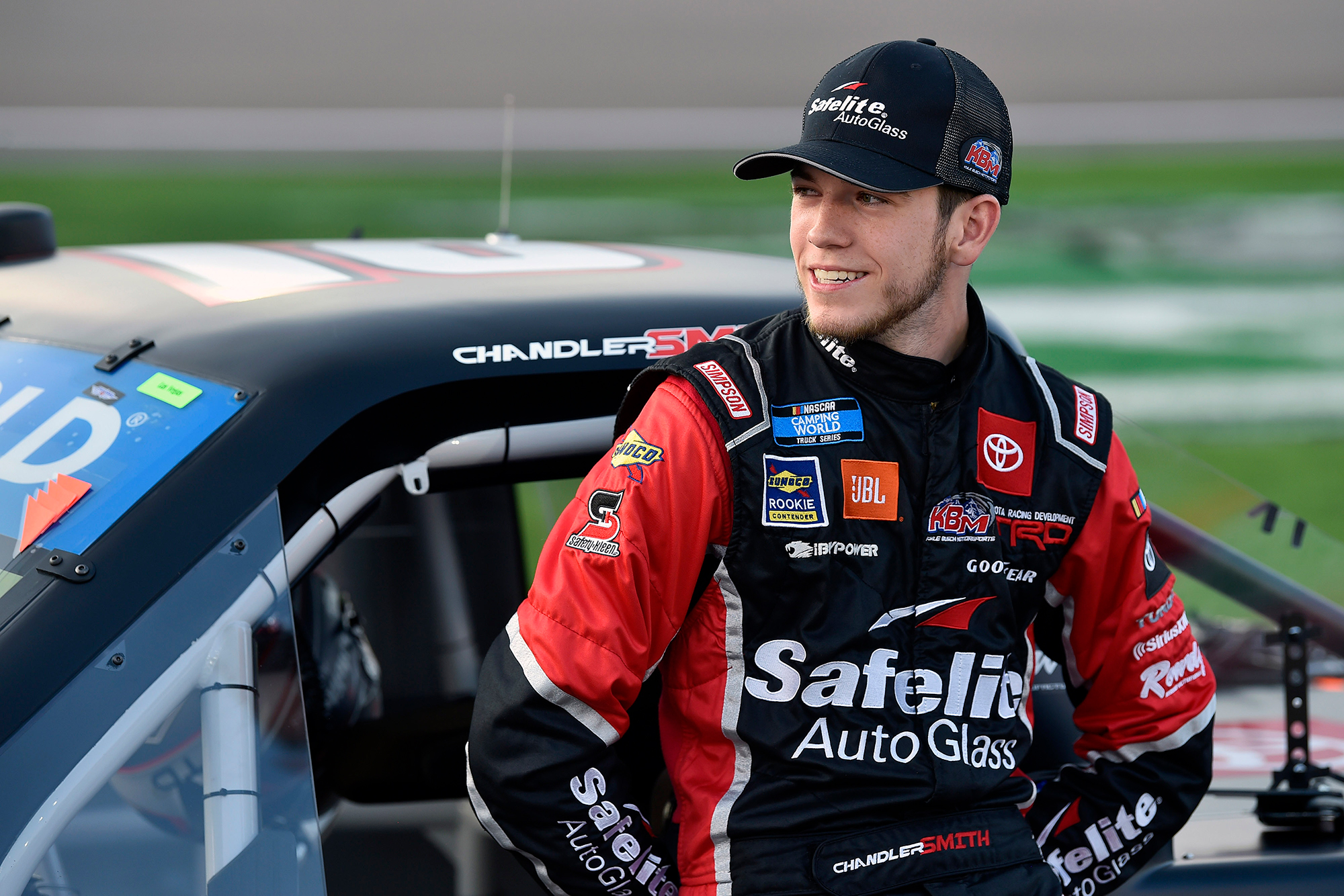 How would you evaluate your first full-season in the NASCAR Camping World Truck Series?

“We made it to the Round of 8 and almost made it to Phoenix. Had a must-win situation at Martinsville and came up a little short there, but still had a strong run. Big building blocks and we’ll try to build on something even bigger for the future. Really proud to be able to represent Toyota Racing, Safelite AutoGlass, JBL and everyone at Kyle Busch Motorsports. We’ll try to go out and get another win at Phoenix.”

Talk about the chance to bring home Rookie of the Year honors in the Truck Series.

“Since we came up just a little short on a championship, I definitely think it would be a great honor to get the Rookie of the Year. It would be pretty cool for me considering it’s my first time racing full-time in any series since I was about 13 years old. I had expectations going into this year that I was expecting to be Rookie of the Year, so nothing has changed, and we’ll go out Friday night and try to secure that honor.”

You’ve finished inside the top five in both of your Truck Series starts at Phoenix, does it fit your driving style?

“I don’t know, Phoenix drives a lot like a short track and that’s my wheelhouse. It’s definitely one of our bigger short tracks, if you want to classify it as one. We were able to get the lead momentarily last year, hopefully we can put our Safelite AutoGlass Tundra in the mix and bring home the win this year.”

KBM-70: The No. 18 Safelite AutoGlass team will unload KBM-70 for Friday’s race at Phoenix. Smith has recorded three top 10s across four starts in this Tundra in 2021, with its best result being a fifth-place finish at Texas Motor Speedway in June.