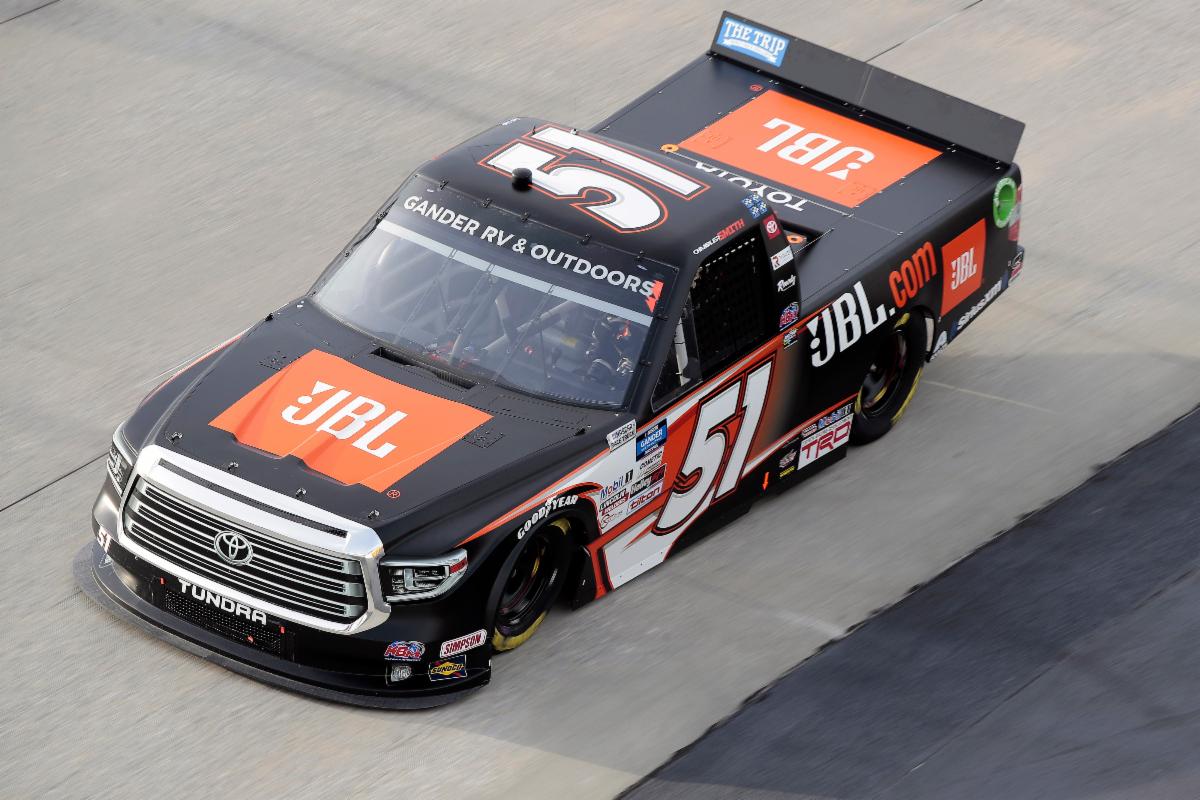 The No. 51 team ranks sixth in the Gander Trucks owner’s championship standings. With three races remaining in the regular season, the No. 51 team sits 84 tallies behind the No. 16 team and is ninth on the 10-driver playoff grid, 48 points above the bubble.

Smith will be back behind the wheel of the No. 51 JBL Tundra when the NASCAR Gander RV & Outdoors Truck Series resumes action on Sunday, Aug. 30 at World Wide Technology Raceway at Gateway. Live coverage will be on FS1, Motor Racing Network and Sirius XM at noon ET.