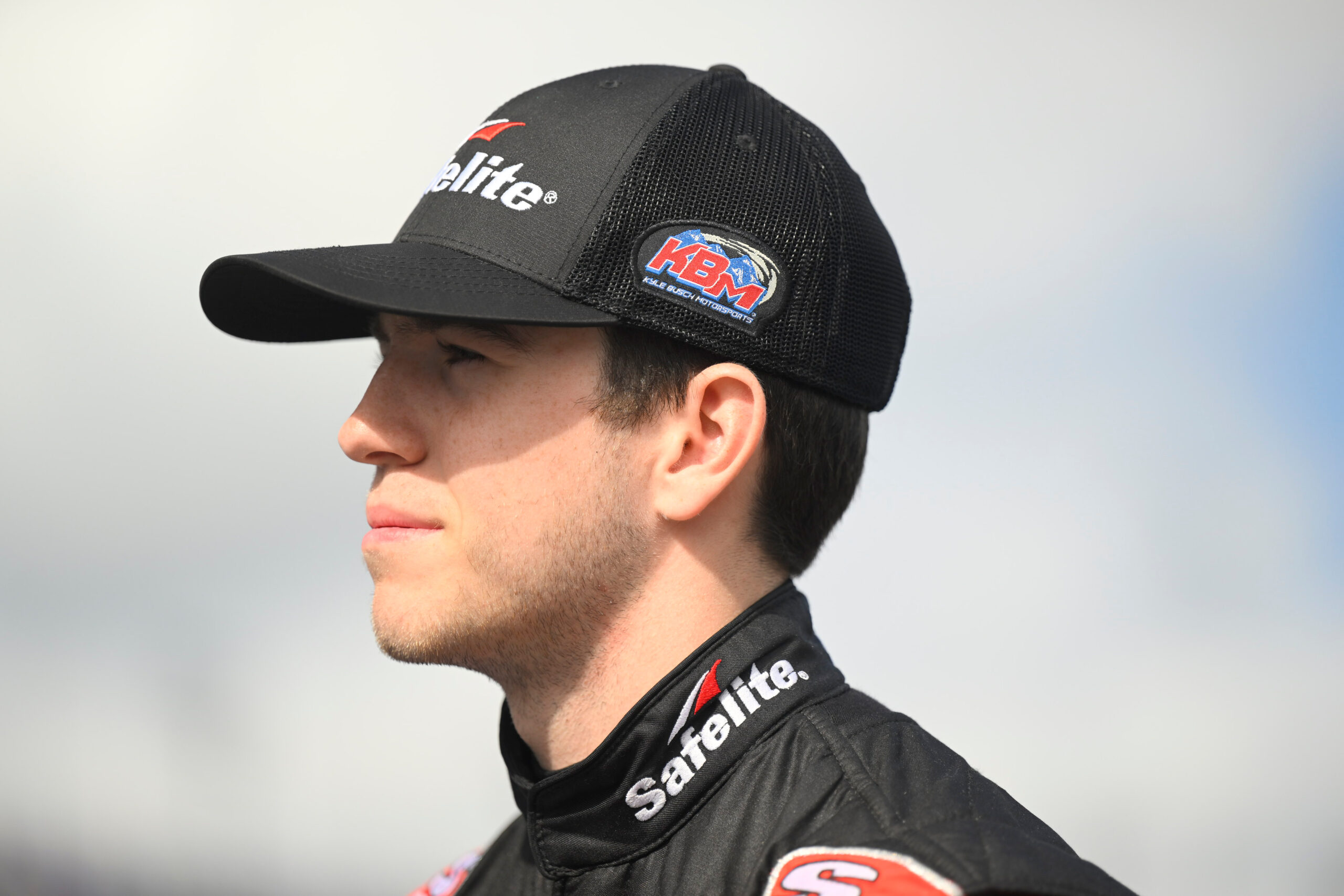 Chandler Smith and the No. 18 Safelite team head to Las Vegas Motor Speedway this week for the second race on the NASCAR Camping World Truck Series schedule. Smith had a strong run in the season opener at Daytona (Fla.) International Speedway, finishing second in Stage One and Third in Stage Two, before being relegated to a 21st-place finish after getting caught up in accident in the Final Stage. Despite the finish, the stage points that Smith accumulated allowed him to leave Daytona sixth in the point standings, just 13 tallies behind points leader Zane Smith.

The 19-year-old driver will be making his fourth career start at Las Vegas. His best result was in his track debut at the 1.5-mile tri-oval in September of 2020 when he started fifth and finished fifth. In last year’s March race, he finished ninth in the opening stage and 11th in Stage Two before getting spun in the Final Stage and ending the event with a 19th-place finish. Last September, he finished third in the opening stanza and 10th in Stage Two but was relegated to a 35th-place finish after getting caught up in an accident early in the Final Stage.

Since the Truck Series was last in action last November, Smith has had two newsworthy moments. In December, he executed a late-race bump-and-run- pass to bring home the victory in the Snowball Derby at 5 Flags Speedway in Pensacola, Fla., the most prestigious Super Late Model race in the country. Earlier this month, he and his wife, Kenzie, announced on social media that they are expecting their first child later this year.

Veteran crew chief Danny Stockman will once again call the shots for Smith and the No. 18 team in 2022. Stockman’s drivers have produced six victories at KBM across his first two seasons, including two with Smith behind the wheel in 2021. The veteran crew chief captured a Truck Series championship with Austin Dillon in 2011 and also won an Xfinity Series championship with Dillon in 2013. Stockman has two Truck Series victories at Las Vegas. He guided KBM owner-driver Kyle Busch to a dominant victory in the 2020 spring event and was also victorious with Dillon in 2010 at the Nevada track.

Safelite, the nation’s largest provider of vehicle glass repair, replacement and recalibration services, returns to KBM for a fifth season and will be the primary sponsor on Smith’s Tundra TRD Pro Tundra for 16 races this year, including Friday night’s race at Las Vegas. Charge Me will serve as an associate sponsor on the bedtop of Smith’s No. 18 Tundra TRD Pro for 15 races this season, including Friday night at Las Vegas. Charge Me was founded on the principle that the electric vehicle (EV) revolution will require robust infrastructure support at all levels.

You’ve raced Las Vegas three times already in your career. Does that help your confidence going into Friday?

“Yes and no. I had a run that I was really bad there and two runs where we were really good but didn’t have the finish to show for it – well I had one finish to show for it but last fall we didn’t have the finish to show for it. With practice that builds a level of confidence, regardless of if we have had success there in the past or not. Just being able to know what I have right off the truck, instead of going out there and drop the green flag and not knowing what I was going to have going into Turn 1 with 40 other trucks, definitely raises my confidence level. I’m happy to be back with Safelite going to Las Vegas and looking forward to it.”

Have you and Danny (Stockman, crew chief) talked about how you will approach this new, limited practice format?

“Yeah, for sure. We only have a few things that we can do adjustment wise, so the biggest thing for us is showing up close enough to where we have the adjustability in the truck that allows us to change little things here and there based on the adjustments that NASCAR allows us to make. We have a gameplan for it and we’re both really excited. We think its good for our Safelite team overall.”

You earned wins last year at Bristol and Phoenix, is getting a win at a mile-and-a-half track on your bucket list this year?

“Definitely, but with that being said having practice was big for the Phoenix win honestly. Without practice it could’ve been a different scenario for us. I have a goal of how many wins I want this year, regardless, and to also get the championship — three at least is what the goal is for us, but definitely a mile-and-a-half would be big for myself.”

KBM-70: The No. 18 Safelite team will unload KBM-70 for Friday night’s Truck Series race at Las Vegas. It is the same Toyota that Smith was victorious with in the 2021 Truck Series season finale at Phoenix Raceway. In five total starts last year, Smith posted two top-five and four top-10 finishes with KBM-70.