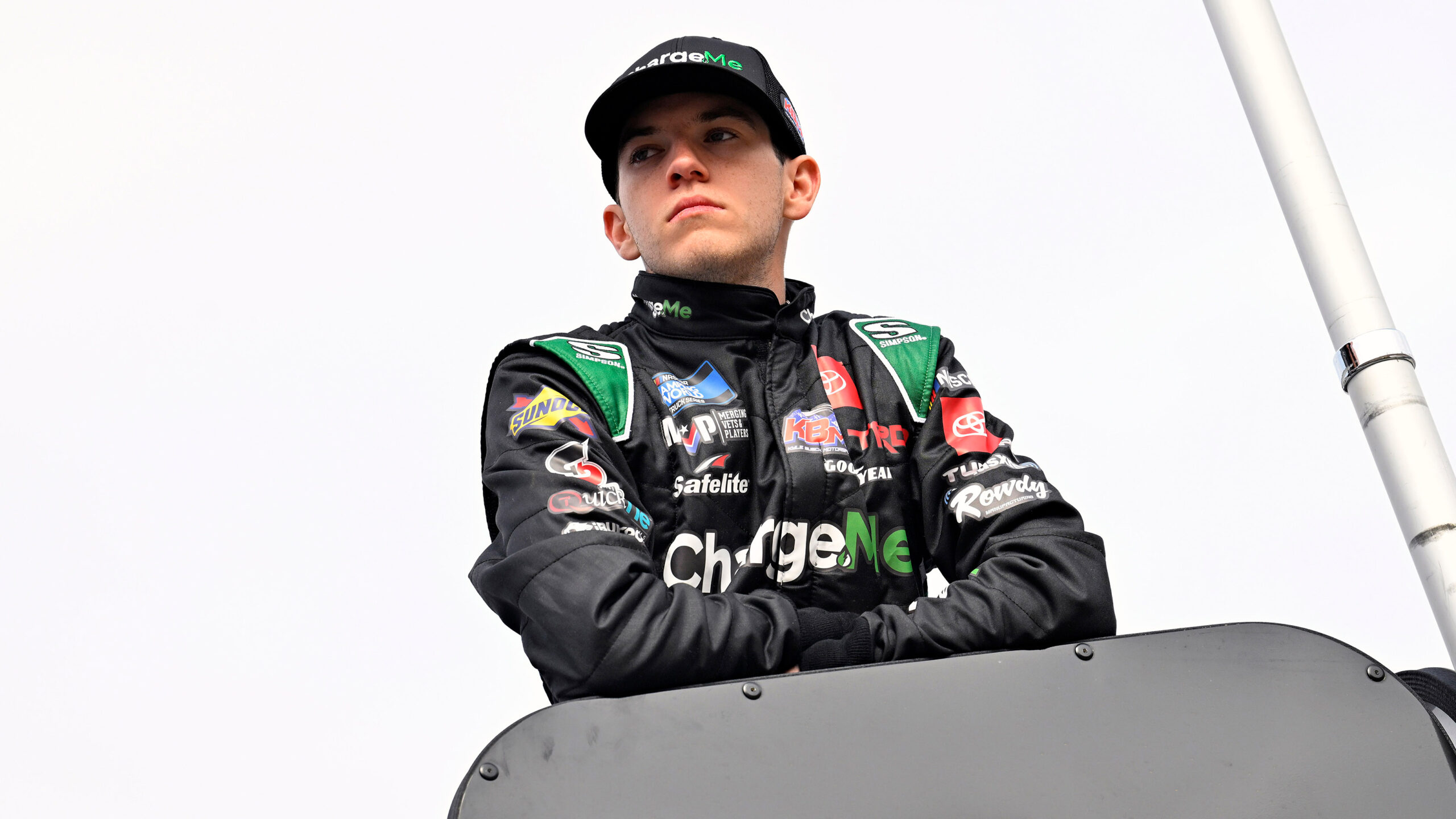 You’ve been strong on mile-and-a-half tracks this year with a win at Las Vegas and a near win at Atlanta. Are you looking forward to Kansas?

“Yeah, for sure. Just like I was telling my crew chief Danny Stockman, Kansas and Vegas are really similar. The lateral load differences, the banking and the actual shape of the track, make them really similar. With that being said, I’m really happy to get my Charge Me Tundra back out to Kansas.

Is the Kansas race important one because it is also the elimination race in the Round of 10 of the Playoffs?

“Oh yeah, a thousand percent. Also, with that being said, last year we really weren’t that great at Kansas. So, kind of going back and re-baselining, because we were good there two years ago when I was in the 51 there. We were really good and had a truck capable of winning the race. Last year, we weren’t very good at all. So re-baselining, going back with kind of what we know worked before at Kansas combined with our Vegas package and hopefully, we can charge to the front.”

KBM-63: The No. 18 Charge Me team will unload KBM-63 for Saturday night’s race at Kansas. In its most recent outing, Smith led 21 laps and finished fourth with in March at Atlanta Motor Speedway. KBM owner-driver Kyle Busch drove KBM-63 to its lone victory across seven starts in June of 2020 at Homestead-Miami (Fla.) Speedway.