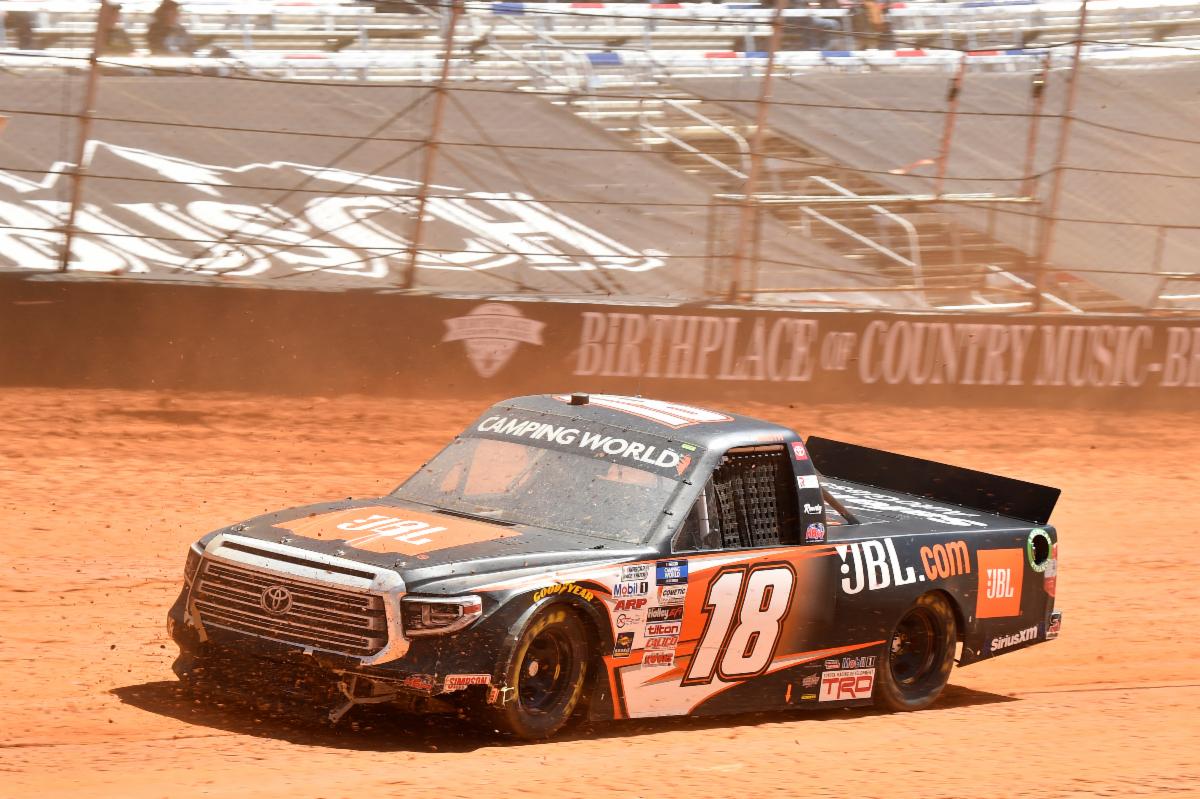 As the NASCAR Camping World Truck Series race on dirt at Bristol Motor Speedway for the first time, Chandler Smith was involved in multiple accidents and ended the day with a 34th-place finish.

Smith will be back behind the wheel of the No. 18 JBL Tundra when the NASCAR Camping World Truck Series resumes action Saturday April 17 at Richmond (Va.) Raceway. Live coverage of the ToyotaCare 250 will be on FS1, Motor Racing Network and SiriusXM at 8 p.m. ET.