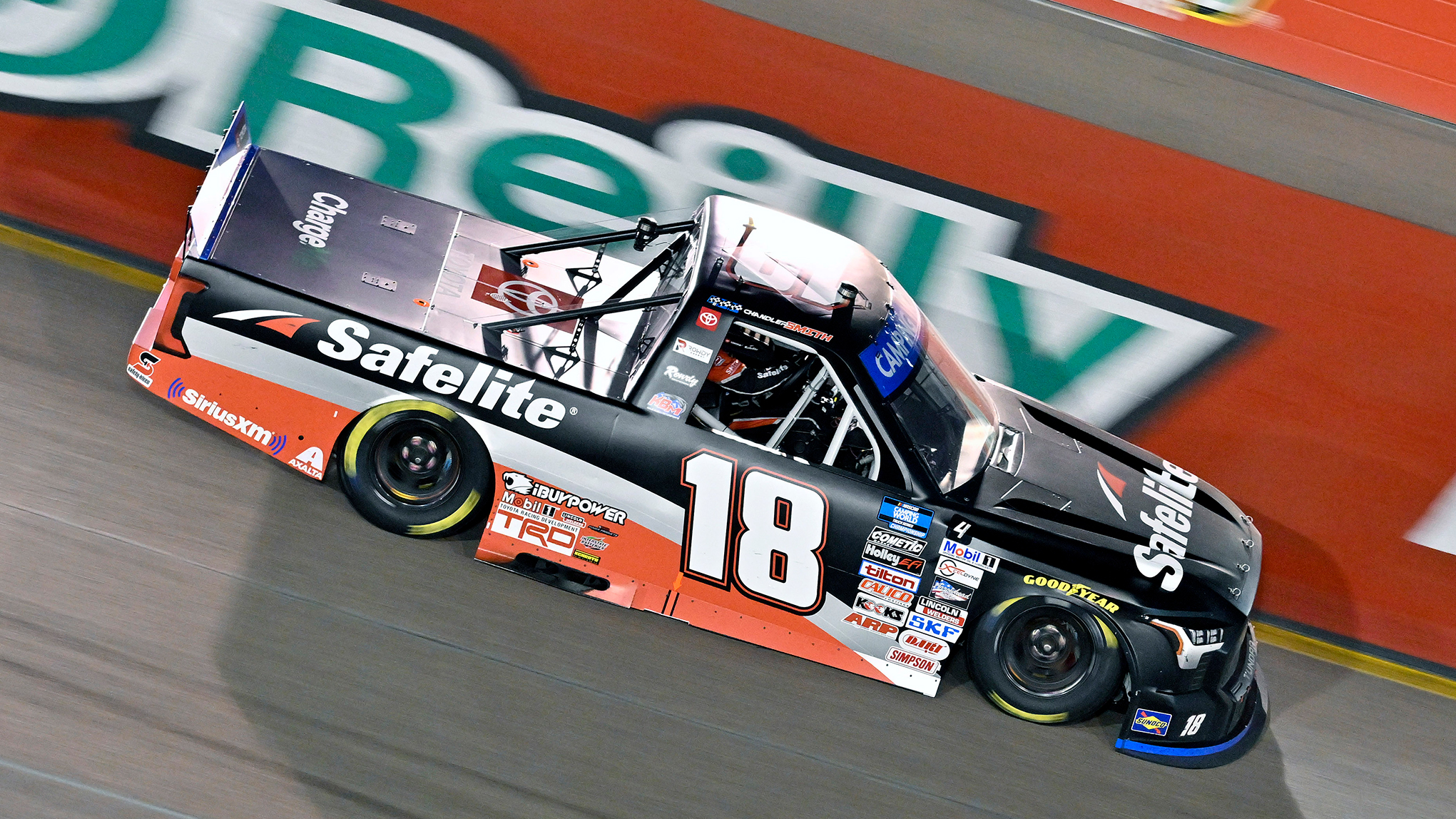 After qualifying 12th for Friday’s Championship race at Phoenix Raceway, Chandler Smith ran inside the top five for the majority of the event and when a late caution occurred found himself restarting on the outside of the front row for NASCAR overtime with a chance to win the NASCAR Camping World Truck Series championship.

Smith made a move to the inside of Zane Smith for the lead coming to the white flag but got loose underneath him and stalled his momentum. Not only was the other Smith able to get away but Ben Rhodes also got by leaving the Safelite Tundra in the third position, and third in the championship standings.

What are your thoughts after finishing third tonight?

“It just wasn’t meant to be. We gave it our best shot. I got into (turn) three, and it wasn’t met to be. It is as simple as that. I can’t thank everybody enough at KBM (Kyle Busch Motorsports), Safelite, all of the partners that helped along the way this year. TRD, Jack Irving (TRD) – everything those guys have done for me for the past six-plus years. I really wanted to get that one, but it wasn’t met to be. I’ve said all week if it was met to be, it would be and it wasn’t. It’s all good.”

Smith finished the championship standings in the third position behind Zane Smith and Ben Rhodes.