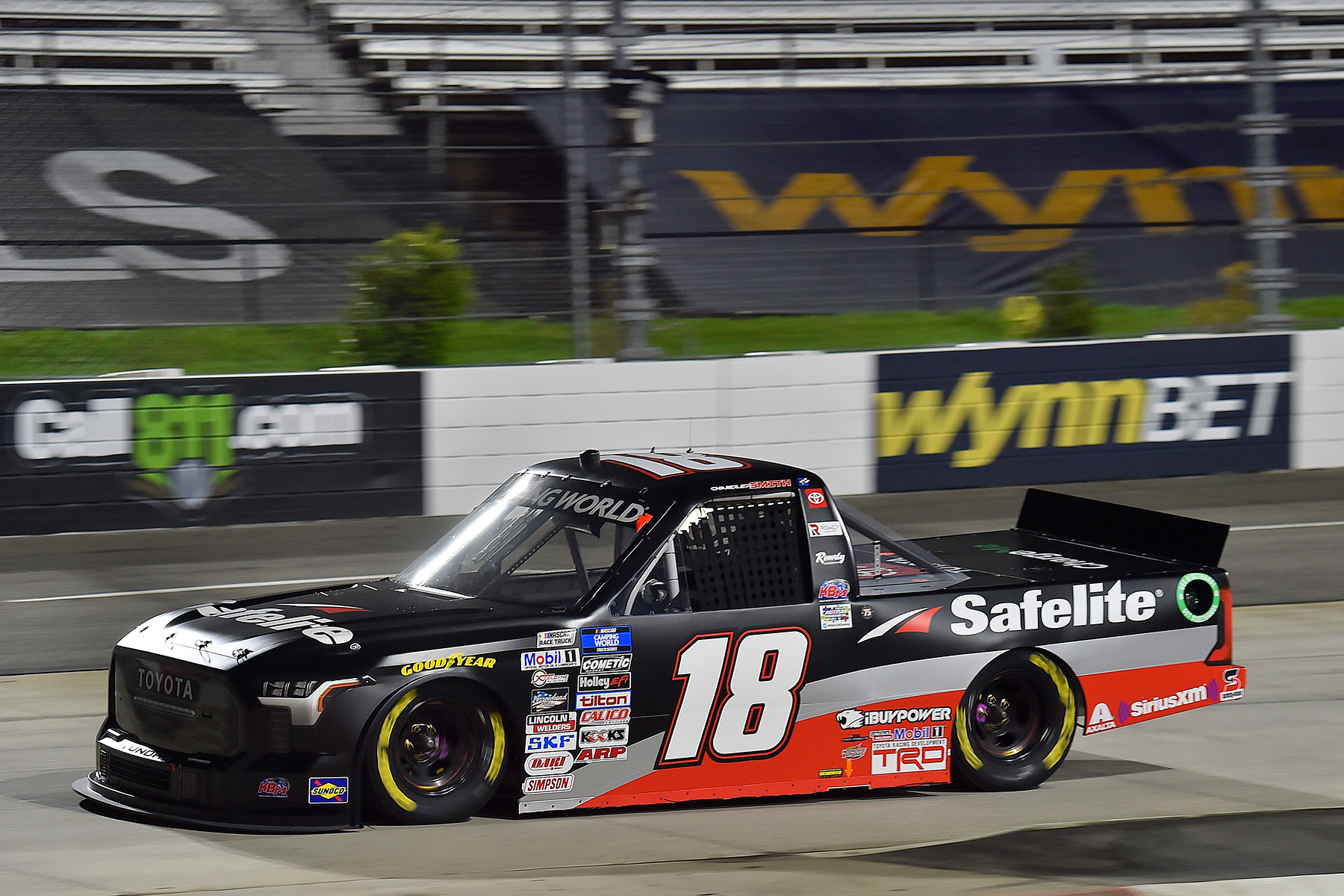 Chandler Smith battled eventual race winner William Byron for the lead on a handful of restarts early in the Final Stage but was unable to work his way past the NASCAR Cup Series regular. The Safelite Tundra would eventually fall back a few positions later in the 200-lap event and Smith would cross the finish line in the sixth position to earn his fourth consecutive finish of sixth or better this season.

“We were able to line up on the front row a couple times in the final stage but weren’t able to get around William (Byron). Then we tried lining up behind him for something different and fell back a little bit. Just didn’t have quite what we needed to compete for a win in our Safelite Tundra TRD Pro, but it was a solid day overall. Only two guys that finished ahead of us that are running for points this year.”

Smith will be back behind the wheel of the No. 18 Charge Me Tundra TRD Pro when the NASCAR Camping World Truck Series resumes action Saturday, April 16th at Bristol (Tenn.) Motor Speedway Dirt Track. Live coverage of the will be on the Pinty’s Truck Race on Dirt FS1, Motor Racing Network and SiriusXM at 8 p.m. ET.