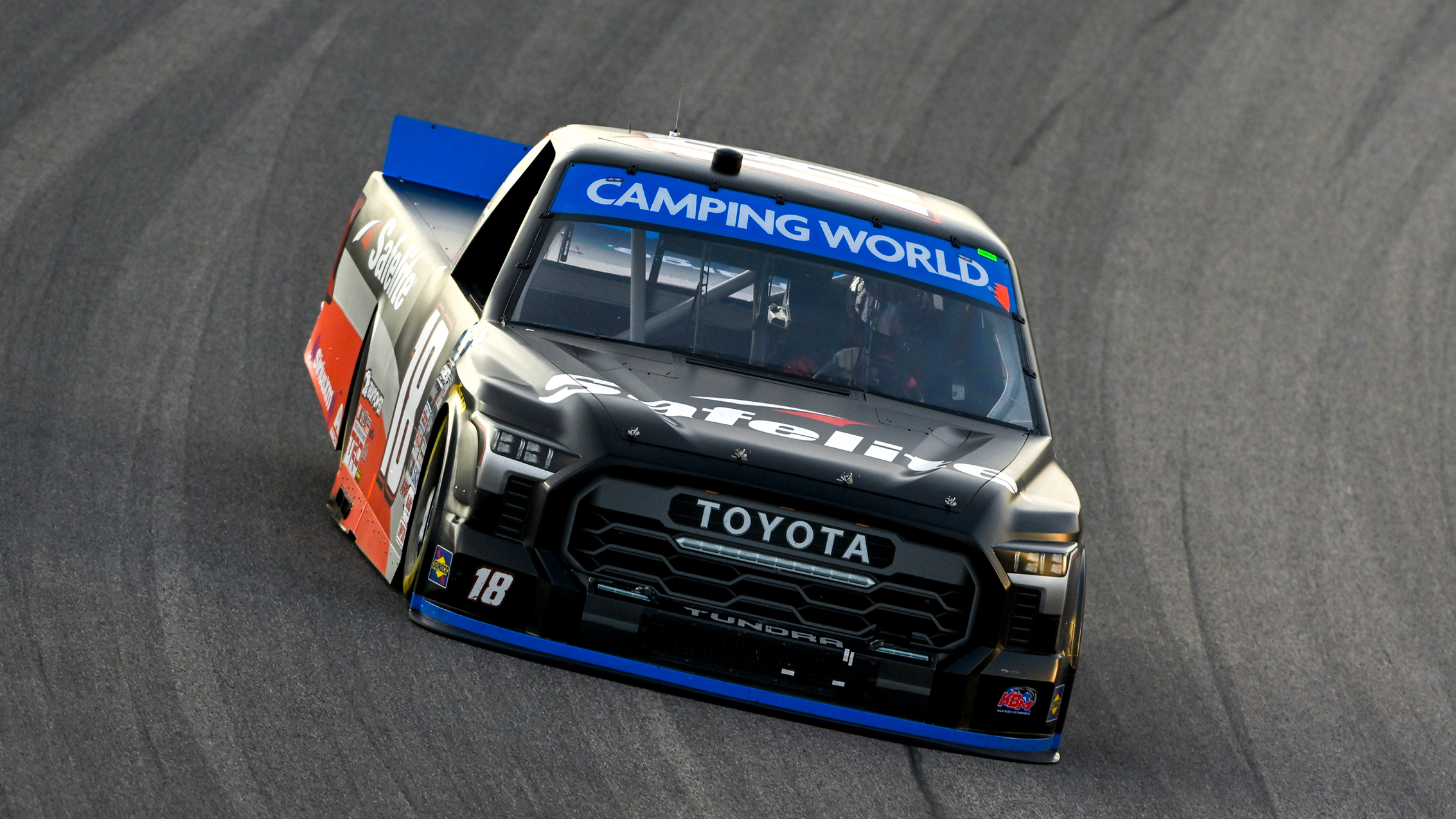 Having already locked himself into the Round of 8 with a dominant win at Richmond (Va.) Raceway, Chandler Smith came into Kansas Speedway with nothing to lose. Smith started the race from the fifth position and ran inside the top 10 for the majority of the 134-lap event, ultimately bringing home a sixth-place finish.

With his 28 playoff points earned so far this season, Smith will be second on the playoff grid, 15 points above the cutoff line for advancing to the Championship 4, when the Round of 8 starts Thursday night at Bristol (Tenn.) Motor Speedway

Smith finished the round of 10 second on the playoff grid, 21 points behind his KBM teammate John Hunter Nemechek. With the points resetting before Thursday’s race at Bristol, Smith will start the Round of 8 second on the grid nine points behind Zane Smith and 15 points above the cutoff line for advancing to the Championship 4.

Smith will be behind the wheel of the No. 18 Safelite Tundra TRD Pro when the NASCAR Camping World Truck Series heads to Bristol (Tenn.) Motor Speedway Sept. 15 for the opening race of the Round of 8. Live coverage of the UNOH 200 will be on FS1, Motor Racing Network, and SiriusXM at 9 p.m. ET. Smith is the defending winner of the Bristol race