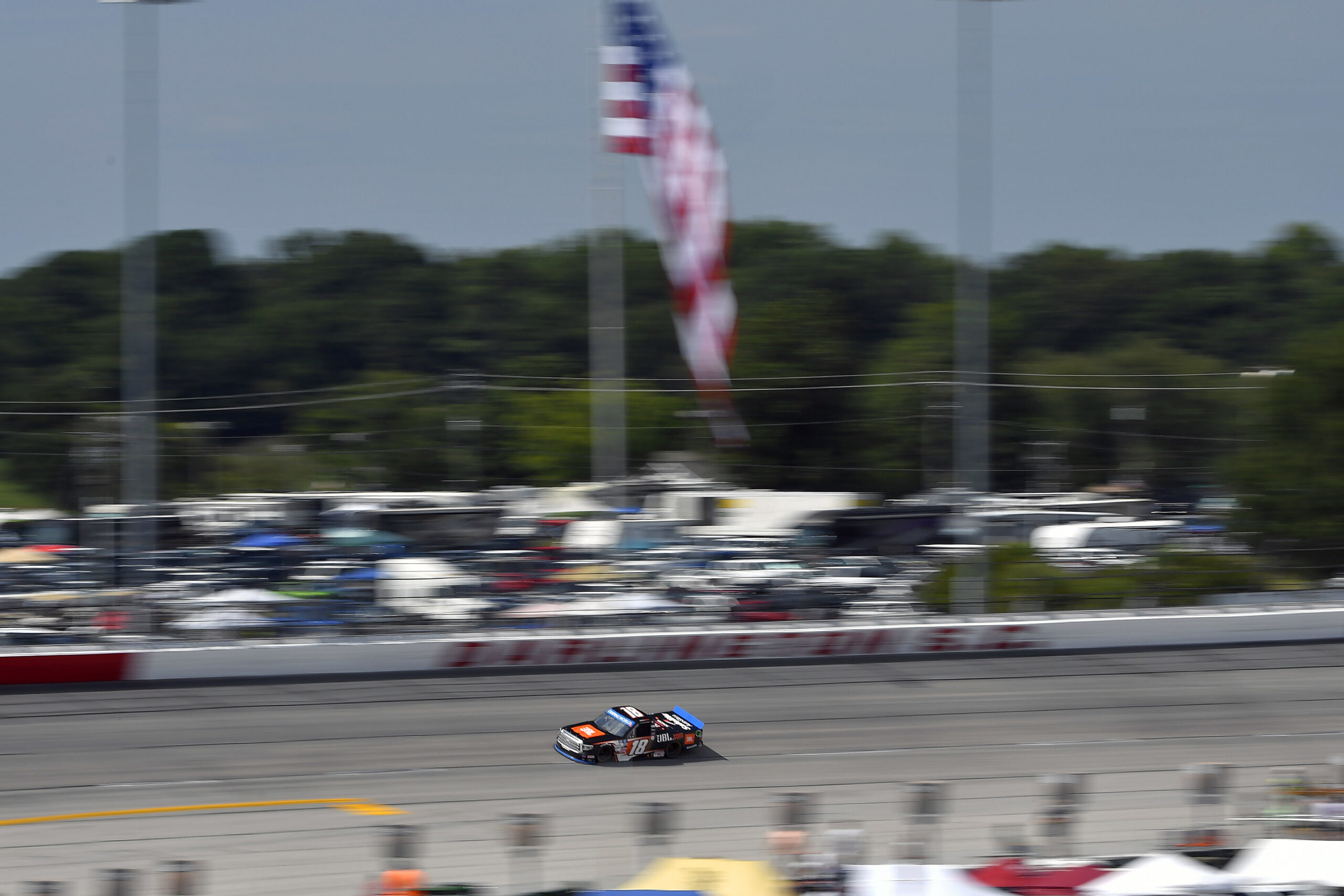 Chandler Smith ran inside the top five for the majority of the second half of the Final Stage of Sunday’s In It To Win It 200 at Darlington Raceway before the handling of his JBL Tundra went to the loose side. Smith would hang out to finish seventh in the second race in the Round of 10 of the NASCAR Camping World Truck Series playoffs.

The 19-year-old driver heads to Bristol (Tenn.) Motor Speedway 10th on the playoff grid, 12 points behind the cutoff line for advancing to the Round of 8.

Chandler Smith, driver of the No. JBL Tundra for KBM

“Overall, it was a really solid day for my No. 18 JBL Toyota Tundra team. We ran top three most of the day but at the end of the race we just struggled with lateral grip. We fell back to seventh, but overall, it was a solid day, and we are looking forward to Bristol.”

With one race remaining in the Round of 10 of the Camping World Truck Series playoffs, Smith sits in the 10th position, 12 points behind the cutoff line for advancing to the Round of 8.

Smith will be back behind the wheel of the No. 18 Safelite AutoGlass Tundra when the NASCAR Camping World Truck Series resumes action Thursday Sept. 16 at Bristol (Tenn.) Motor Speedway. Live coverage of the UNOH 200 will be on FS1, Motor Racing Network and SiriusXM at 9 p.m. ET.