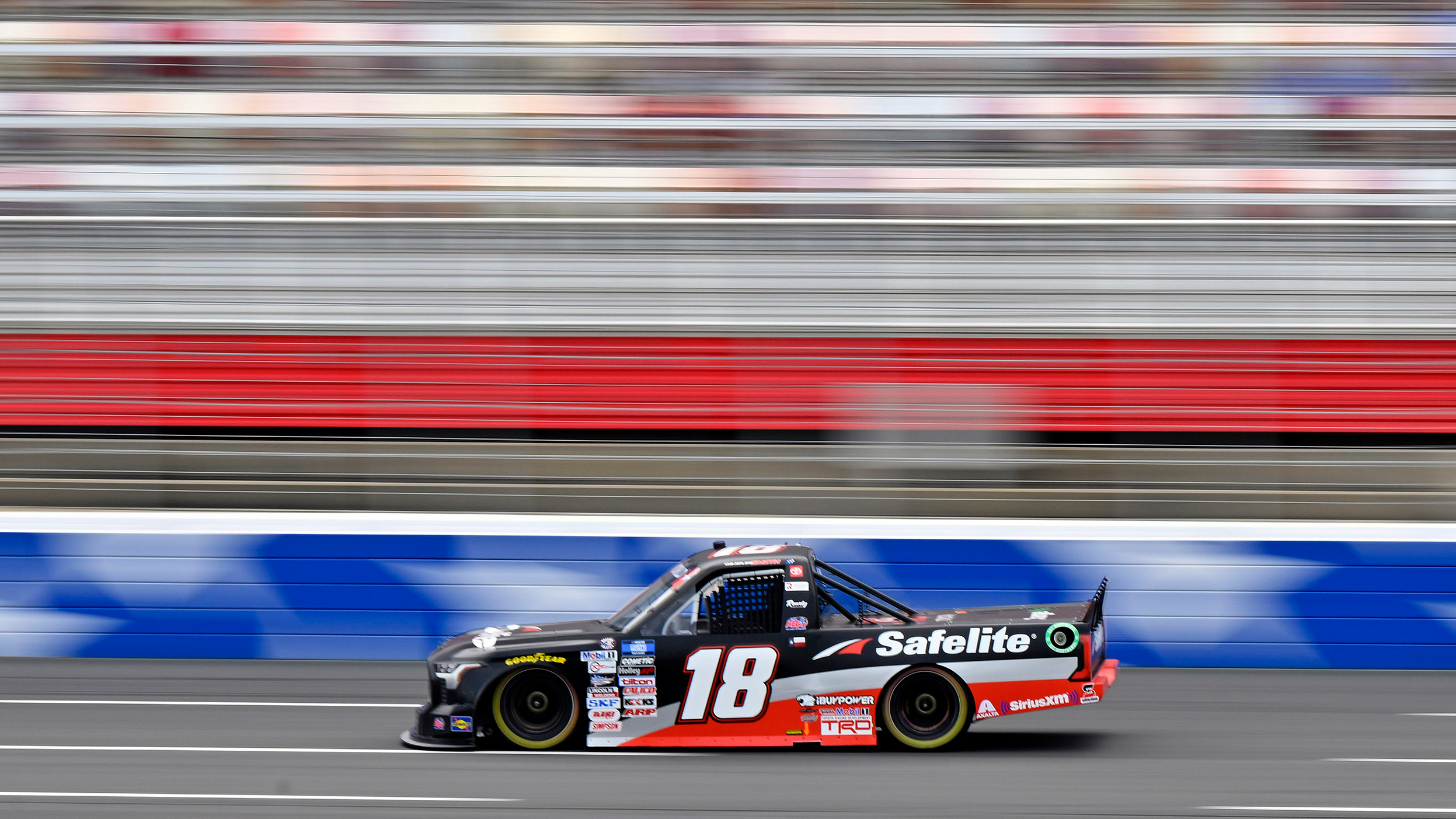 Chandler Smith battled to an eighth-place finish in Friday night’s North Carolina Education Lottery 200 at Charlotte Motor Speedway. After qualifying seventh, Smith ran just outside the top 10 for most of the event, before a strategy call by veteran crew chief Danny Stockman put the Safelite Tundra inside the top five after teams made green-flag pit stops late in the race.

When pit stops shook out Smith was in sixth-place but was told later that he was a few laps short of making to the end on fuel. The Georgia driver had fallen back to 11th while saving fuel when a caution occurred with four laps remaining. With not having enough fuel to make it to the end, Stockman summoned his young driver to pit road to put on a set of scuffed tires and enough fuel to make it to the end of the event.

The No. 18 Toyota lined up outside the top 20 when the field took the green flag for NASCAR overtime. Over the course of two overtime periods, Smith was able to battle his way back to an eight-place finish. It was his third consecutive and seventh top-10 finish this season.

Smith will be behind the wheel of the No. 18 Safelite Tundra TRD Pro when the NASCAR Camping World Truck Series resumes action Saturday, June 4th at World Wide Technology Raceway at Gateway in Madison, Ill. Live coverage of the Toyota 200 will be on FS1, Motor Racing Network and SiriusXM at 1:30 p.m. ET.