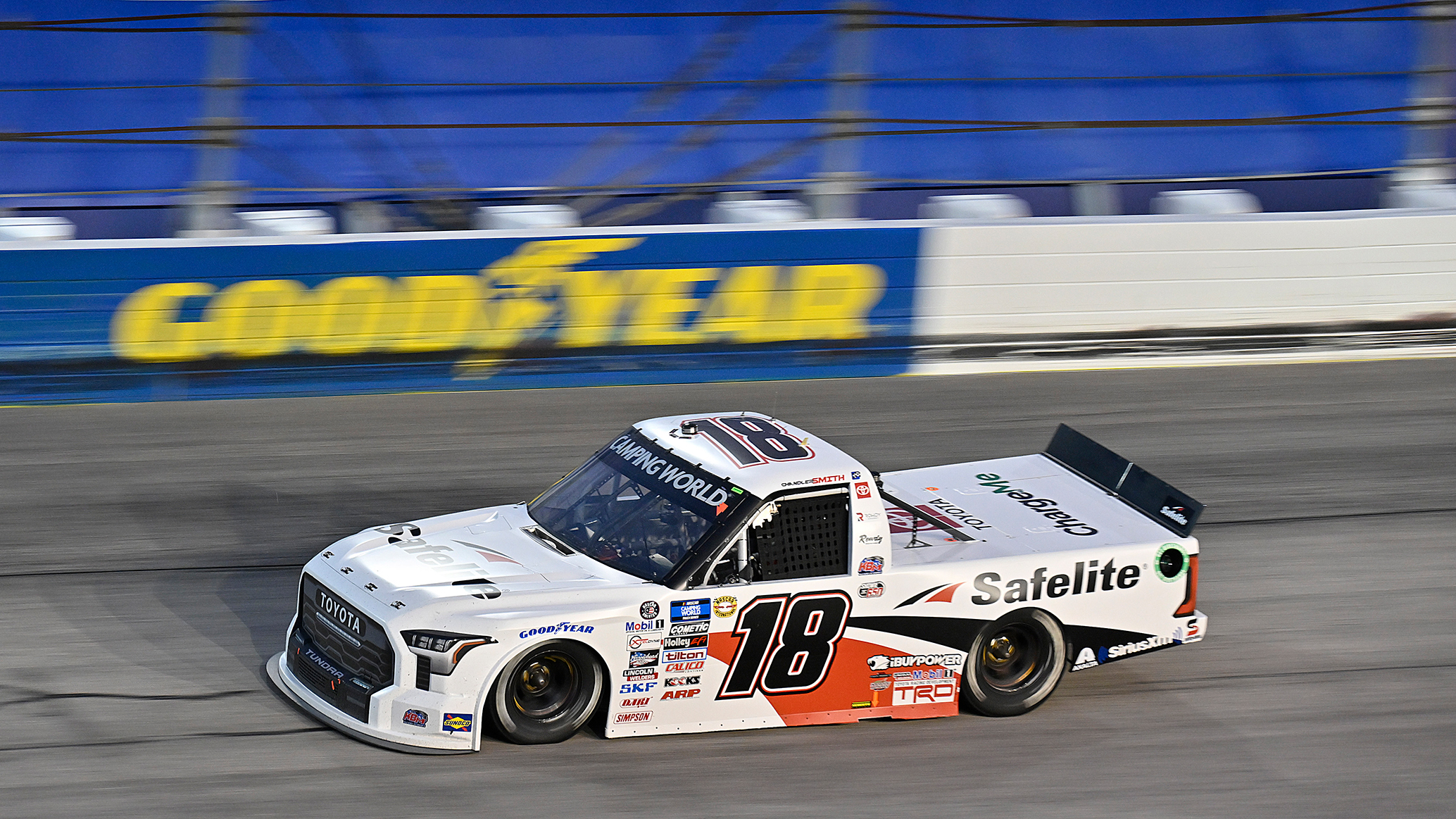 Chandler Smith was able to recover from qualifying 28th to run inside the top 10 in the middle stages of Friday night’s Dead on Tools 200 at Darlington Raceway but the Safelite Tundra became ill-handling mired in traffic during the Final Stage and the No. 18 team would end the day with a 20th-place finish.

Smith will be back behind the wheel of the No. 18 Charge Me Tundra TRD Pro when the NASCAR Camping World Truck Series resumes action Saturday, May 14th at Kansas Speedway in Kansas City. Live coverage of the Heart of America 200 will be on FS1, Motor Racing Network and SiriusXM at 8 p.m. ET.