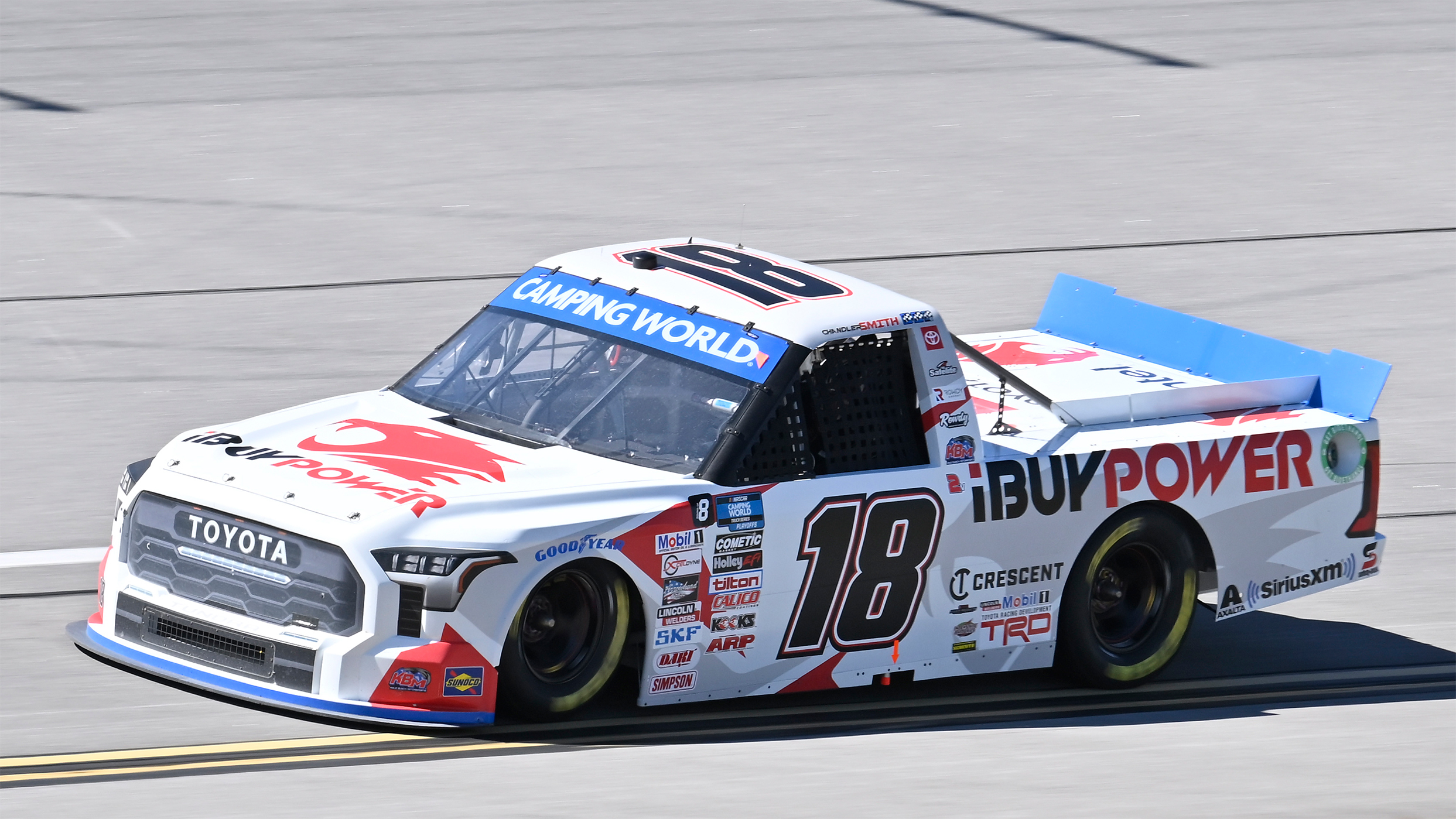 Coming into Saturday’s race at Talladega Superspeedway, the plan for Chandler Smith and the No. 18 iBUYPOWER team was to collect as many stage points as possible in the opening two stanzas, ride around in the Final Stage to avoid the carnage and leave the Alabama track with as large of points cushion as they could heading to the cutoff race at Homestead-Miami (Fla.) Speedway.

The plan was executed well with Smith finishing fourth in Stage One and then winning Stage Two to collect 17 points. The 20-year-old driver also executed riding around the back of the field well in the Final Stage, but the “Big One” didn’t happen until the final lap of the race and left the No. 18 team with a 14th-place finish.

Smith will head into the final race in the Round of 8 at Homestead-Miami 30 points above the cutoff line for advancing to the Championship 4.

Chandler Smith, driver of the No. 18 iBUYPOWER TRD Pro for KBM:

“Overall, I can’t be too disappointed with our day, our iBUYPOWER Toyota Tundra was really fast and we came home with only a scratch on the rear bumper. Getting the Stage Two win and finishing second in the opening stage allowed us to increase our buffer heading to Homestead and then the plan for the Final Stage was to ride around until the ‘Big One’ happened and it never really did until the very end.”

Smith leaves the second of three races in the Round of 8 with the most points of any driver (3116) but with Ty Majeski’s win at Bristol locking him into the Championship 4, sits second on the playoff grid 30 points above the cutoff line for advancing.

Smith will be behind the wheel of the No. 18 Safelite Tundra TRD Pro when the NASCAR Camping World Truck Series heads to Homestead-Miami (Fla.) Speedway Oct. 22 for the final race of the Round of 8. Live coverage of the event will be on FS1, Motor Racing Network, and SiriusXM at 1 p.m. ET.