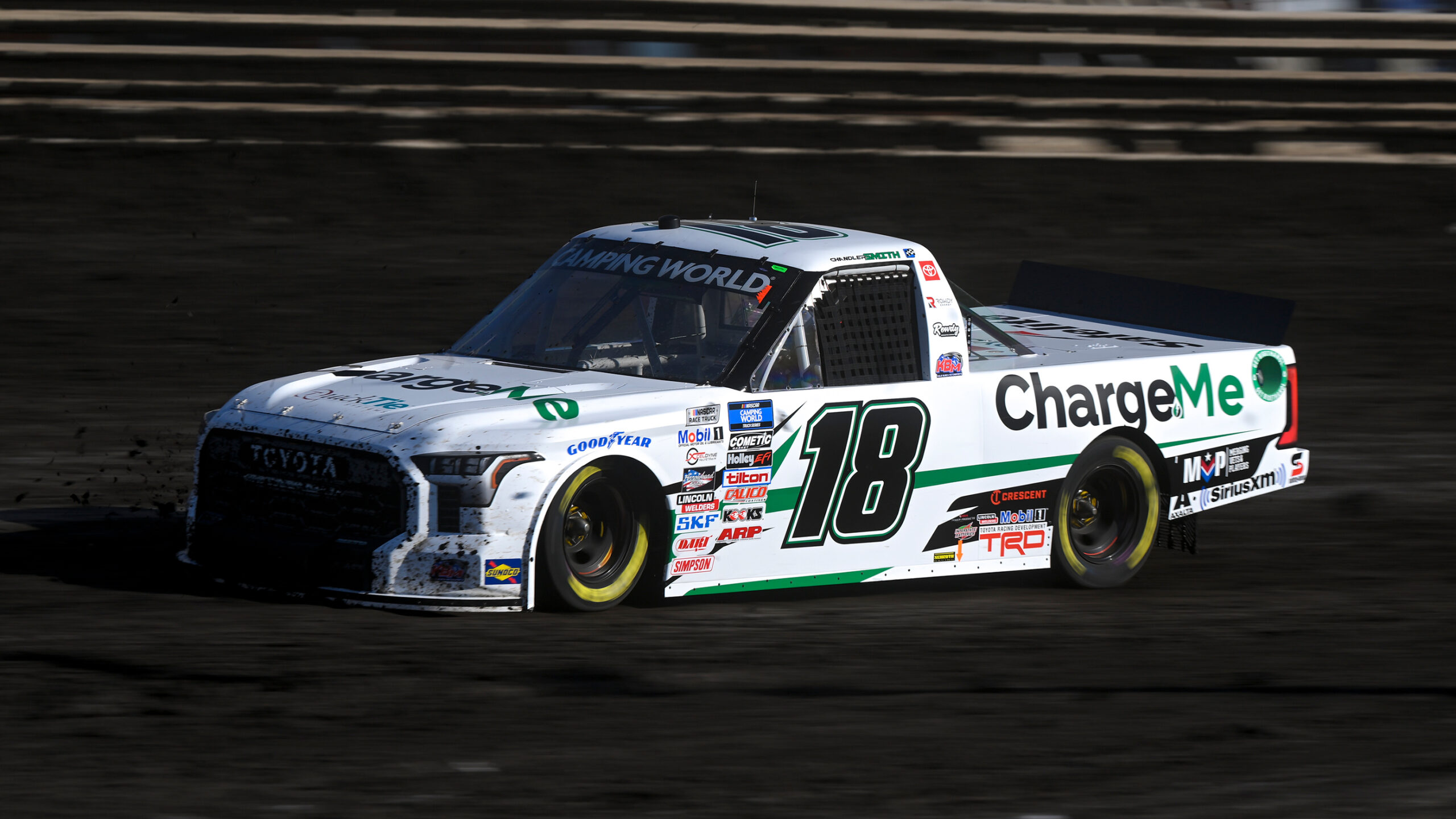 After finishing runner-up in last year’s inaugural event at Knoxville Raceway and having a fast Charge Me Tundra TRD Pro in final practice, Chandler Smith had high hopes of coming out on top entering Saturday night’s Clean Harbors 150.

Smith started the 150-lap event in the 10th position and would end Stage One in the seventh position, before track conditions began changing and he would report a tight-handling Tundra for the rest of the event.  The 19-year-old driver would end the night in the 13th position and fall two spots to fourth in a close battle for the NASCAR Camping World Truck Series regular season title. With three races remaining, Smith sits 14 tallies behind his KBM teammate John Hunter Nemechek.

Smith will be behind the wheel of the No. 18 Safelite Tundra TRD Pro when the NASCAR Camping World Truck Series resumes action Friday, June 24th at Nashville (Tenn.) Superspeedway. Live coverage of the Rackley Roofing 200 will be on FS1, Motor Racing Network and SiriusXM at 8 p.m. ET.