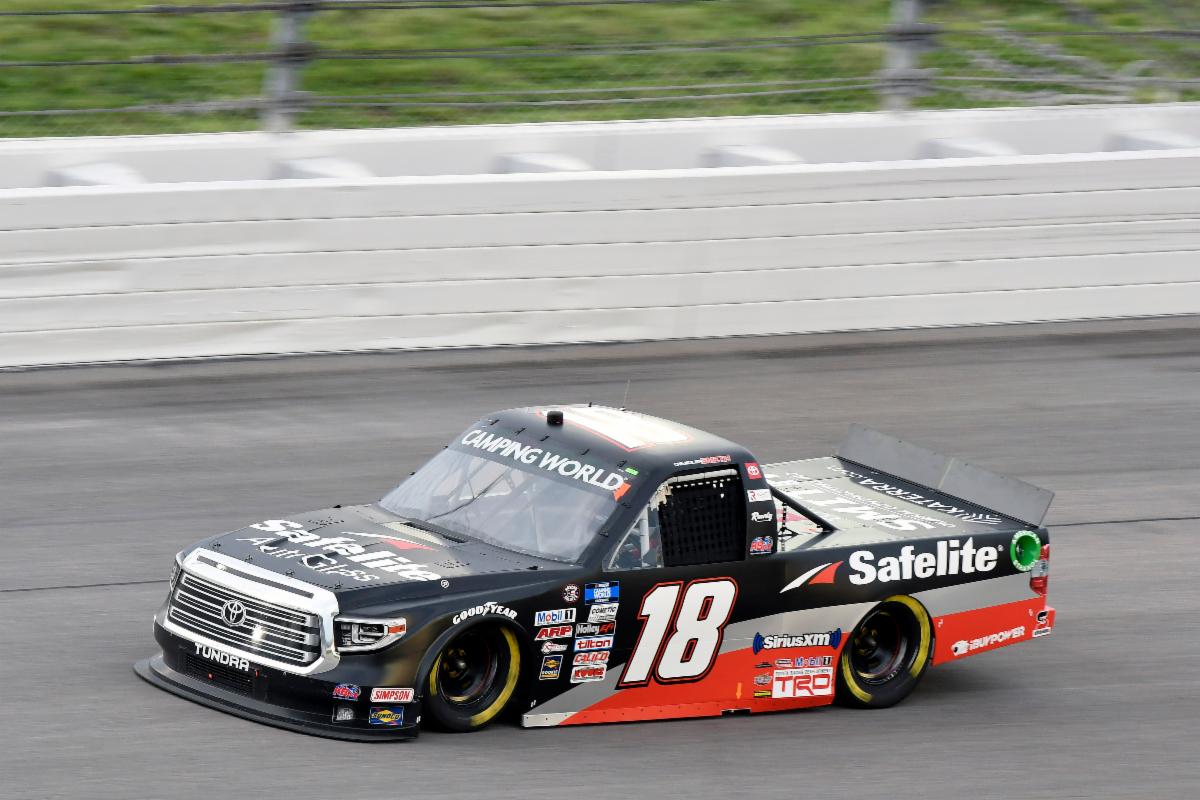 Chandler Smith battled a loose-handling Safelite Tundra throughout Saturday night’s Wise Power 200 at Kansas Speedway. After starting from the fifth position, the rookie driver spent the first half of the race outside of the top 15. Adjustments throughout the event would help improve the handling of the No. 18 Toyota, especially on long runs, and the team would battle its way to an 11th-place finish.

Chandler Smith, driver of the No. 18 Safelite Tundra for Kyle Busch Motorsports

“We battled a really loose Safelite Tundra for most of the night, especially on the short runs. As it snugged up late in a run, I was able to gain some ground, but just really never got the handling where we needed it to be to get up to the front and compete with my teammates. We had a fast Tundra last year at Darlington, so I’m looking forward to getting back there next week.”

Smith will be back behind the wheel of the No. 18 Safelite AutoGlass Tundra when the NASCAR Camping World Truck Series resumes action Friday May 7 at Darlington (S.C.) Raceway. Live coverage of the LiftKits4Less.com will be on FS1, Motor Racing Network and SiriusXM at 7:30 p.m. ET.