Chandler Smith Faces Must Win Situation in Round of 8 Finale 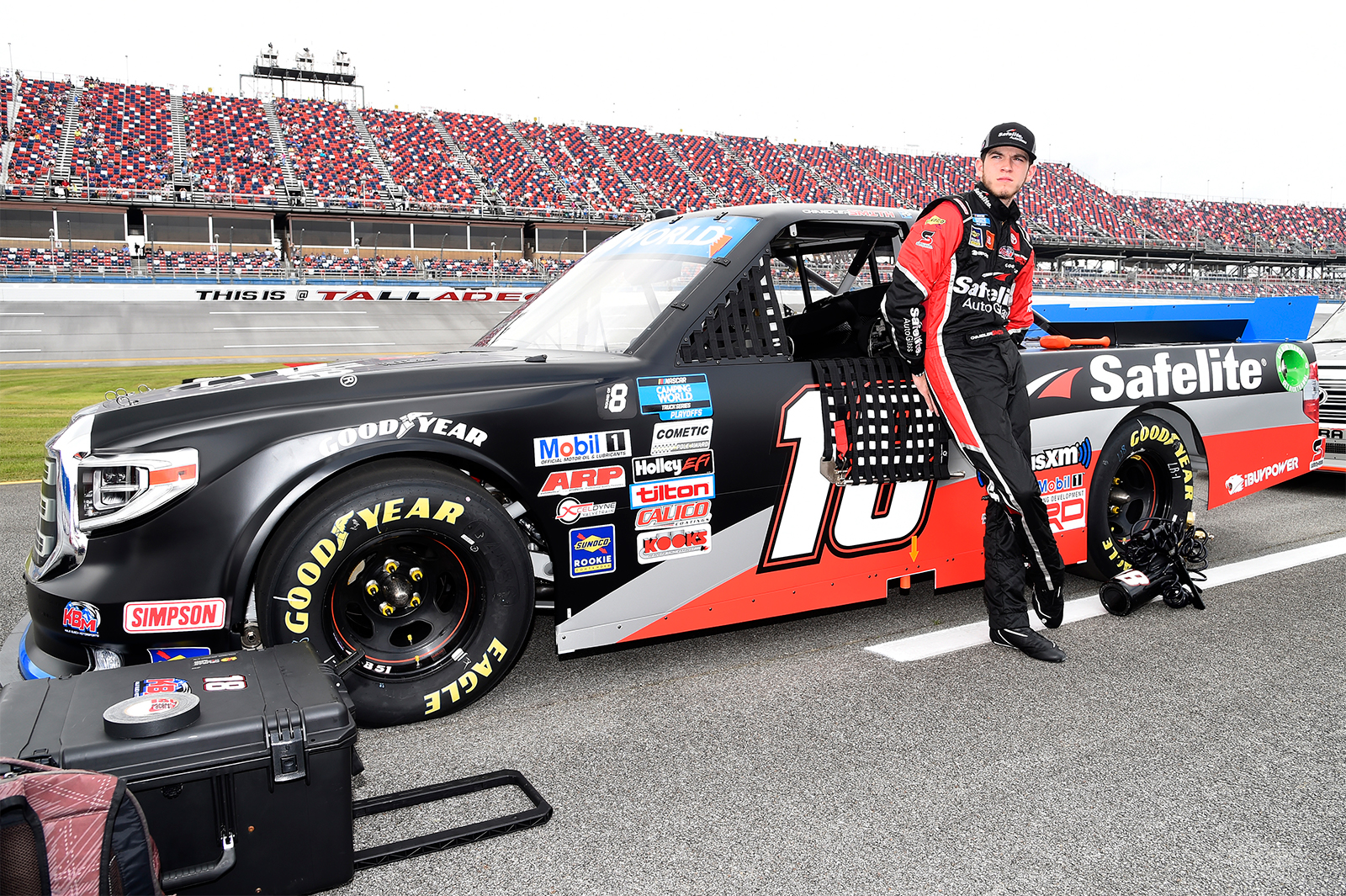 With being 34 points below the cutoff line for advancing to the Championship 4, how will you approach Saturday’s race?

“We just have to go out there and win. Every weekend our goal is to go out there and win races, so nothing has really changed. When it comes push to shove, we are definitely going to give the shove probably a little more than give and take. It’s no different than Bristol, we had to win at Bristol. We had a really good Safelite AuotoGlass Toyota Tundra at Bristol and I expect the same at Martinsville?”

How are you preparing for your first start in any series at Martinsville?

What’s it going to take to win on Saturday?

“I think its all about being there at the end. For us to even be able to win the race, we have to make sure we survive all the way to the end, and I believe in my team, and I believe in everybody behind me that we’ll have that Safelite AutoGlass Tundra out front by the end of the race.”

KBM-25: The No. 18 Safelite AutoGlass team will unload KBM-25 for Saturday’s race at Martinsville Speedway. Smith led a race-high 71 laps and finished second with this Tundra in its most recent outing in July at Knoxville (Iowa) Raceway. KBM-25 has three career wins, Todd Gilliland (Oct. 2019) and Noah Gragson (Oct. 2017) both were victorious with it at Martinsville and Christopher Bell went to victory lane with it at World Wide Technology Raceway (2016).