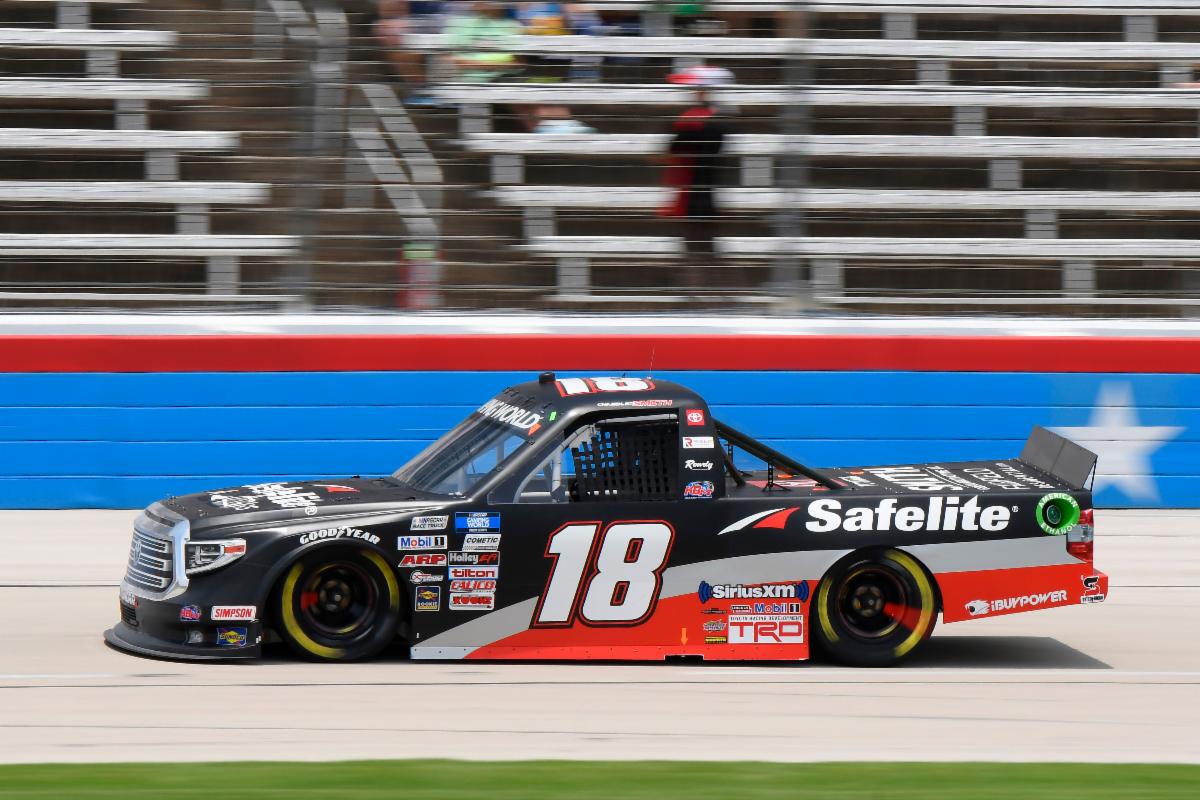 Chandler Smith crossed the finish line at Texas Motor Speedway Saturday with what appeared to be his second consecutive sixth-place finish, but after the third-place finisher was disqualified in post-race technical inspection, the Safelite AutoGlass Tundra was officially credited with a fifth-place result.

Smith’s second top-five finish of the season helped him moved up two spots in the points standings and also catapulted him into the coveted 10th and final playoff spot with four races remaining in the regular season.

“Overall a really solid day and a good point’s day for our No. 18 Safelite Toyota Tundra. The truck was pretty well balanced, and we came home P6. The biggest thing we needed was a little better short-run speed. I was getting too tight from the half mark all the way to the wall in (Turns) 3 and 4. Other than that, it was a really good day and I’m looking forward to Nashville.”

Smith and the No. 18 team moved up two positions to 11th in the Camping World Truck Series championship standings. With Grant Enfinger in the seventh spot not being playoff eligible, Smith now sits eight points ahead of Johnny Sauter for the 10th and final playoff spot.

Smith will be back behind the wheel of the No. 18 Safelite AutoGlass Tundra when the NASCAR Camping World Truck Series resumes action Friday June 18 at Nashville (Tenn.) Superspeedway. Live coverage of the Rackley Roofing 200 will be on FS1, Motor Racing Network and SiriusXM at 8 p.m. ET.