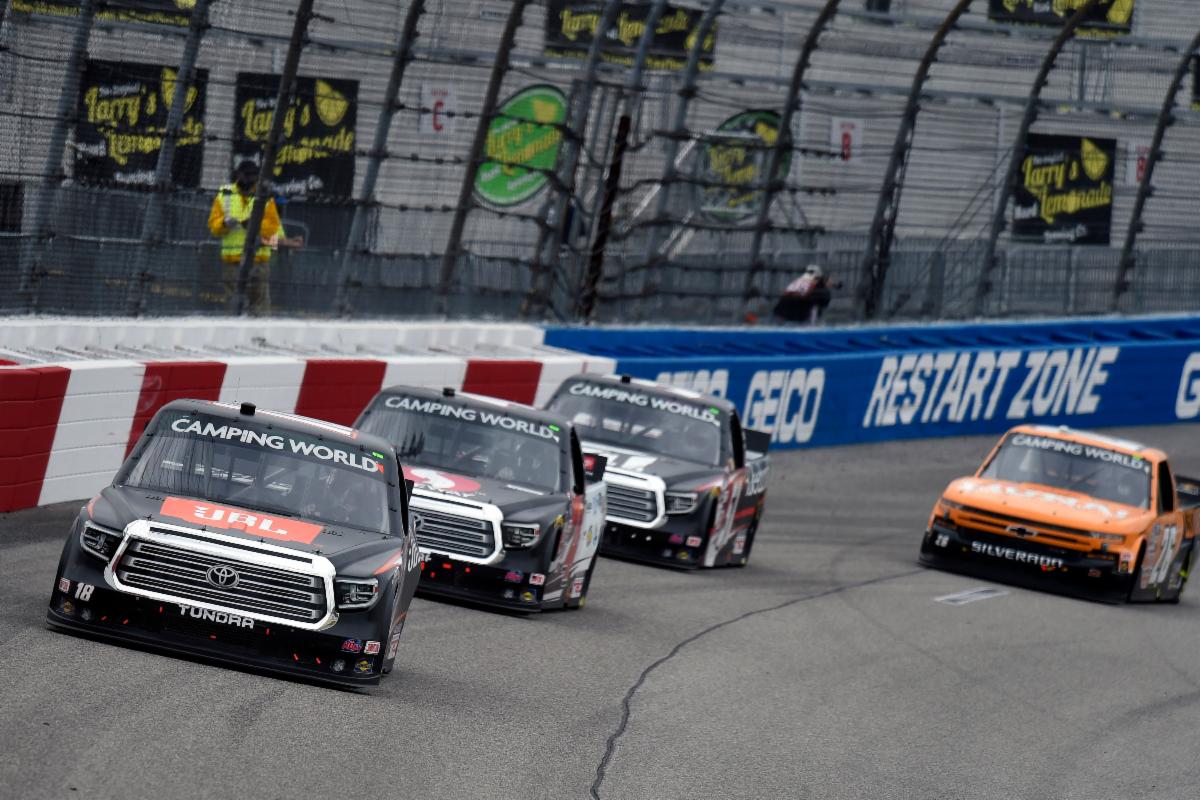 Chandler Smith was in contention for the win late in the ToyotaCare 250 at Richmond Raceway, putting the JBL Tundra out front for 24 laps, before giving way to teammate and race winner John Hunter Nemechek with 17 laps remaining.

A strategy call by veteran crew chief Danny Stockman helped his rookie driver get track position late in the race, setting up Smith to make a three-wide pass for the lead on a Lap-209 restart. But in the closing laps, three competitors with fresher tires would make their way around the No. 18 Toyota and the team would have to settle for a season-best fourth-place result.

Smith will be back behind the wheel of the No. 18 Safelite AutoGlass Tundra when the NASCAR Camping World Truck Series resumes action Saturday, May 1 at Kansas Speedway in Kansas City. Live coverage of the Wise Power 200 will be on FS1, Motor Racing Network and SiriusXM at 7:30 p.m. ET.