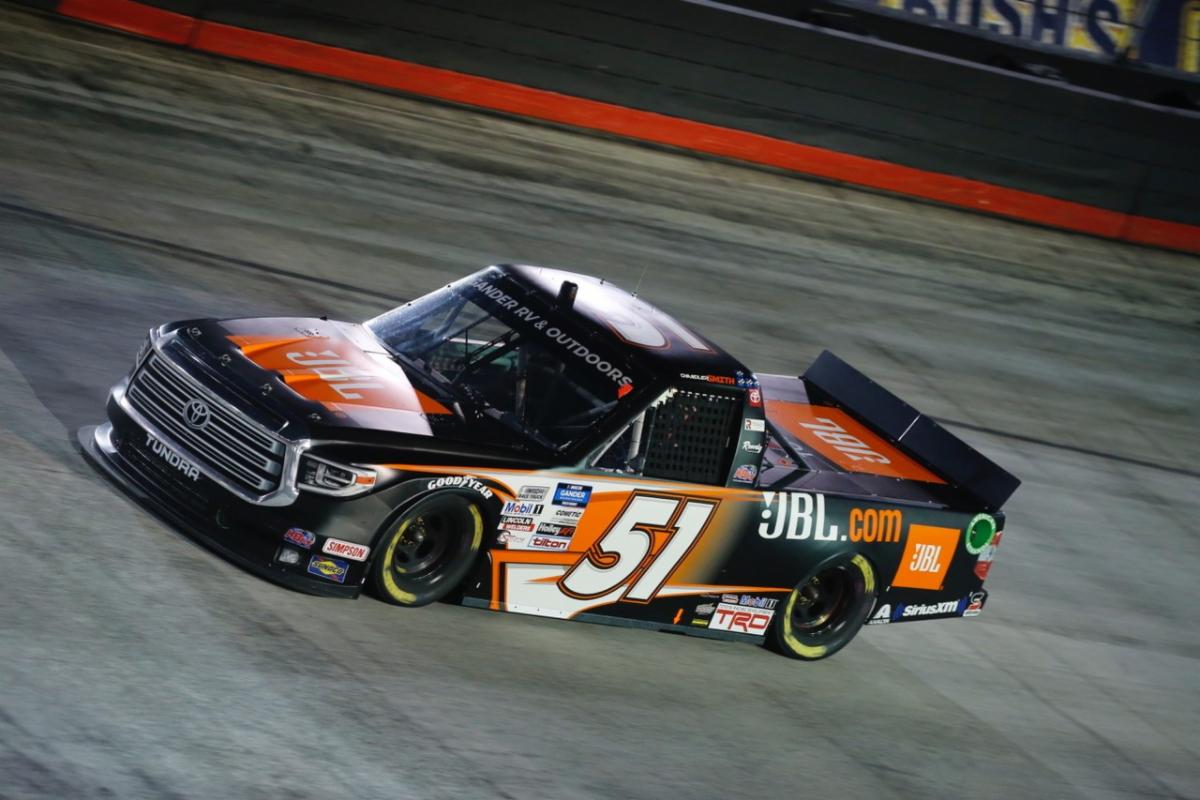 Chandler Smith and the No. 51 JBL team went a lap down in the opening stage of Thursday night’s UNOH 200 at Bristol but were able to fight back and earned a fifth-place finish. After taking the wave around at the end of Stage One, veteran crew chief Danny Stockman used a two-tire stop at the end of Stage Two to gain valuable track position for his young driver.

Smith would start the Final Stage on the outside of the fourth row and after making his way up to the fourth spot with just over 50 laps remaining, eventually would cross the finish line in the sixth position. When post-race technical inspection cleared, the fifth-place truck was disqualified, leaving the Georgia native with his first top-five finish of 2020 in the Truck Series and his fourth across 11 career starts.

The No. 51 team ranks eighth in the Gander Trucks owner’s championship standings after race one of the Round of 12. The team is tied in points with the No. 16 team but is ranked on eighth based on the tie breaker, which is best finish in the round. The No. 16 team finished the event 25th, while the No. 51 team was fifth. The bottom two teams will be eliminated after the third event of the Round of 10 at Talladega (Ala.) Superspeedway on Oct. 3.

Smith will be back behind the wheel of the No. 51 JBL/Smith General Contracting Tundra when the NASCAR Gander RV & Outdoors Truck Series resumes action on Friday Sept. 25 at Las Vegas (Nev.) Motor Speedway. Live coverage of the World of Westgate 200 will be on FS1, Motor Racing Network and SiriusXM at 9 p.m. ET.