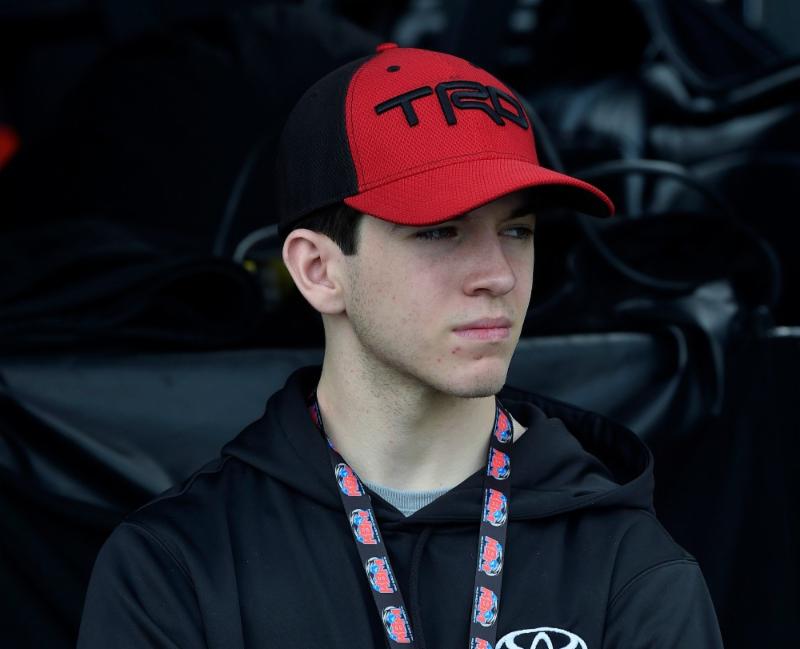 What are you looking forward to about your first start?

“I think it’s really cool. I’ve always dreamed about racing in NASCAR in general, whether it’s the Truck Series or Xfinity Series or even the Cup Series when I get a little older, if I ever get that opportunity. It’s definitely kind of a dream come true. I’ve always dreamed of racing when I was a little kid, when I was watching NASCAR and I was like ‘I really want to do this someday,’ and look where I am now. I’m doing it now and for the best team there is in the series. I’m very blessed to be where I am now, and thankful for everyone that’s been around me and that’s gotten me here.”

How will your ARCA Racing Series experience at Iowa help you this weekend?

“I think it will help a lot and especially since we went there and tested the truck. I’m really familiar with the track and I’m really comfortable moving around in different lanes. I’m going to have to get used to the aero deal, with racing around trucks, all the dirty air, it’s just going to be a learning curve for me, so I feel like that’s going to be the biggest challenge, just getting used to that. Being able to make the right moves and at the right time is important. I think that’s going to be the biggest thing, but other than that I really like Iowa, and the trucks are the perfect fit for that track, so I’m really excited to get there.

KBM-038: Crew chief Rudy Fugle and the No. 51 Safelite AutoGlass team have prepared KBM-038 for the M&M’s 200 this Saturday at Iowa Speedway. This chassis was last taken out by owner-driver Kyle Busch at Martinsville Speedway in March, where he earned the grandfather clock. This machine has also been piloted to victory by Noah Gragson once, Christopher Bell three times and William Byron once.