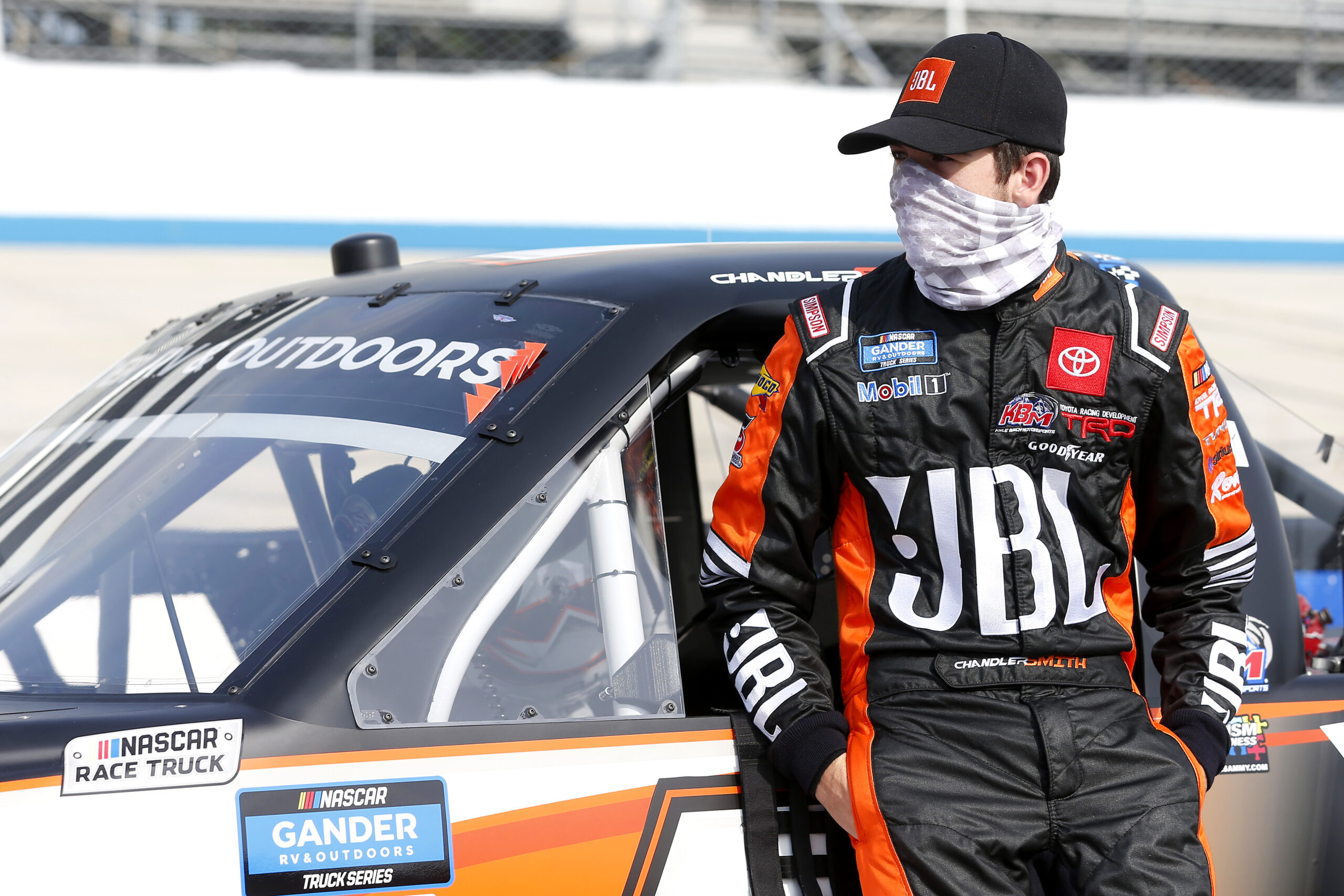 How much of an advantage will it be for you to get to run the ARCA Menards Series race on Saturday at World Wide Technology Raceway? “I feel like it will definitely help a tremendous amount because I will know what the track will feel like without PJ1. Last year, we raced with PJ1, and this year it isn’t going to have PJ1. Being able to have the track time and experience before the truck without the PJ1, I feel like is going to be huge for us. We have a decent starting position this weekend, so it should be good.”

This will be the first time you’re going back to a track that you’ve already raced at in the Truck Series. Will that allow you to prepare better? “That is going to be a big thing for me. I already raced the truck here last year. We started deep in the field but ended up getting a top-five finish. It’s going to be big for me. I already have experience here. I had a strong finish in the truck there last year. I’m really c onfident going into it. I know Danny and the guys are going to get my JBL Toyota Tundra hooked up pretty good for me. I’m definitely looking forward to it.”

Now that you have a few races under you belt this year in the trucks, what are your goals for the rest of the season?

“I think I’m speaking for the whole team when I say this. The goal this year is to get as many wins as we can. It’d be nice to get the owner’s points, but if we just keep racing points, I feel like just me personally as a driver I go out there and try to win while the points will situate itself out. Me, Danny and the whole team want to get wins. We are going to get some before the season is over with.”

KBM-60: The No. 51 JBL team will race KBM-60 for Sunday’s race at Gateway. The Tundra is a perfect two-for-two on the season. Brandon Jones picked up his first Gander Trucks victory with this Toyota at Pocono Raceway in Long Pond, Pa., in June and KBM owner-driver Kyle Busch swept all three stages while leading a race-high 108 laps with it en route to victory at Las Vegas (Nev.) Motor Speedway in February. Todd Gilliland earned a runner-up finish at Gateway with this chassis in last year’s event.