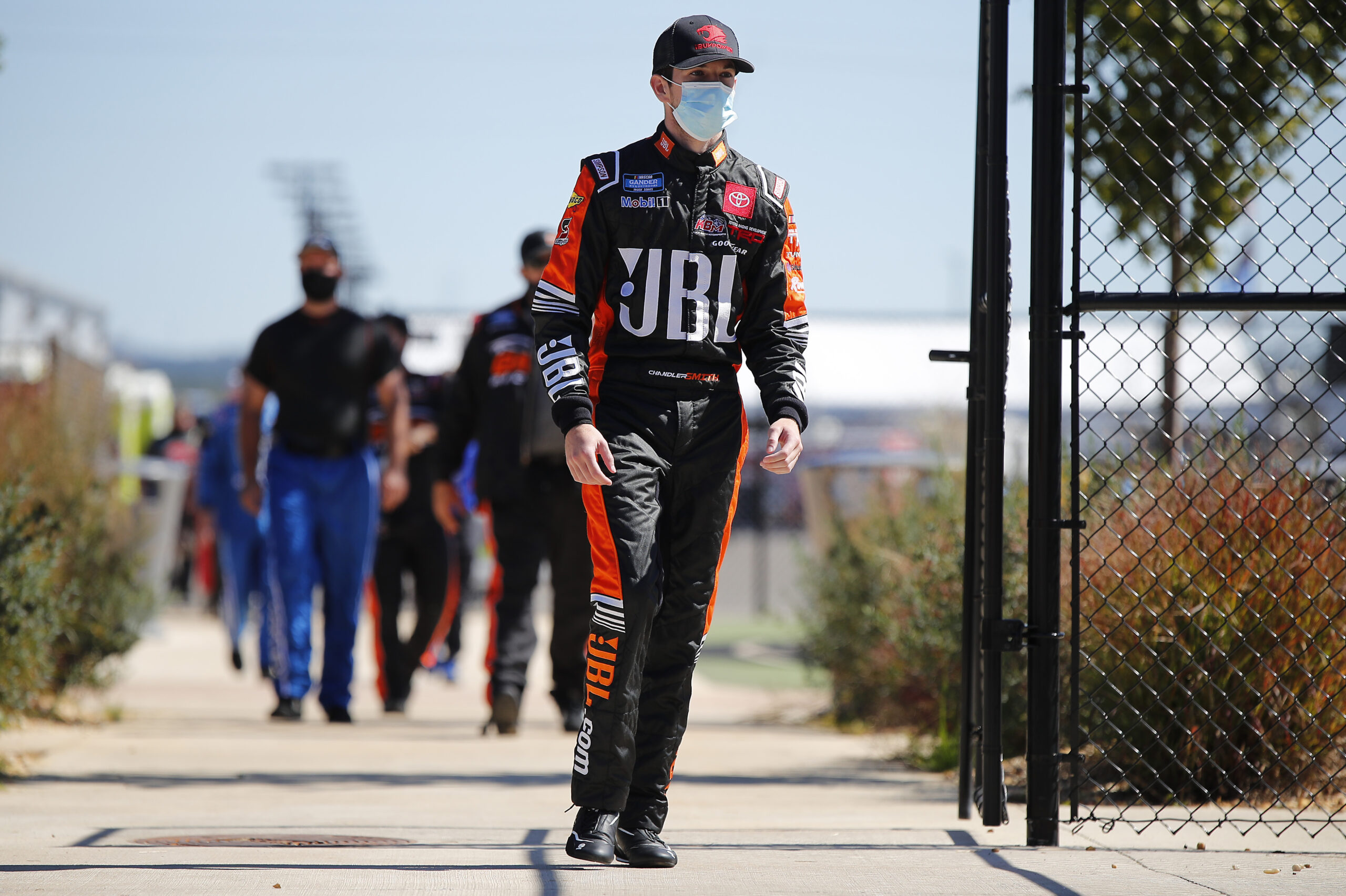 You have four consecutive top-five finishes. Do you feel like your first truck win is just around the corner?

“With four consecutive top-five finishes, I think it is about due time that we get a win. We are going to get after it these next two races and go after the owner’s title.”

You’re going to a new track this week, but it is one that your team won earlier this year with Kyle. How closely will you look at your team’s notes from that race?

Does it put any added pressure on you that your team won at Texas already this year?

“No. It doesn’t add any pressure considering Kyle won there earlier this year with the same team. This team overall is a winning, championship team, so I think we should be able to pull off the same results.”

KBM-67: The No. 51 JBL team will race KBM-67 for Saturday’s race at Texas. This is the same Tundra that Smith raced to a fifth-place finish last week at Kansas Speedway. Kyle Busch led 72 laps en route to victory with the Tundra in July at Texas Worth in its maiden voyage.