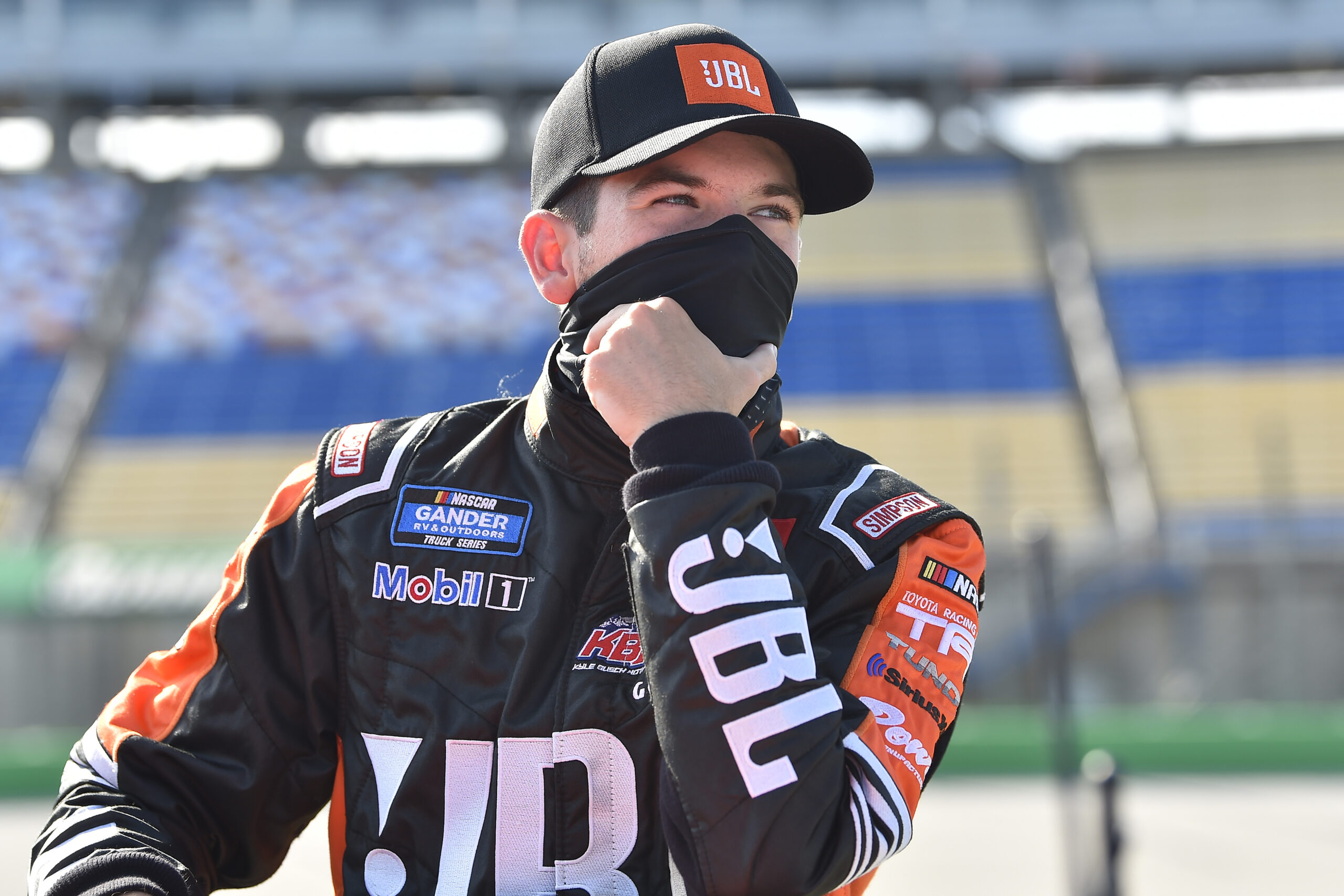 What are the challenges with running both a limited schedule in the Truck Series and the ARCA Menards Series?

“I’m definitely going to have to say one of the biggest challenges of going between ARCA and Trucks is the tires to be honest. ARCA tends to tighten up as the run goes on because of how the tire builds up and the heat in the tire. In trucks, here recently with the new tire model, it has been completely opposite. That’s been the biggest thing for me. They just got through taking 100 horsepower away on the ARCA cars, which is about the same as trucks now. Before, it was the power differential. ARCA had a little bit more power. As of now, I will definitely have to say the tire.”

What were you able to learn at Kentucky in your first intermediate-track start in the Truck Series and where do you need to improve?

“Our biggest struggle at Kentucky was that we needed to log laps, and obviously, the rain shortened that. Our balance overall was really loose. I could barely put enough wheel input just to make the corner without spinning out I felt like. We never really got the chance to work on it and get the truck to where it really needed to be. Kentucky was just honestly my first mile-and-a-half. I just got used to the speed and how everything was going. The PJ1 I feel like made it a one groove racetrack, so it was kind of a messed up deal. Overall, I feel like Michigan is going to be a lot better for us. I’ve done more studying and I feel like we have our JBL Tundra dialed in a lot better this time. We may be in contention to win this race.”

From what you’ve seen in preparing for Michigan do you feel like it will race like a 1.5-mile track or be another new experience for you?

KBM-67: The No. 51 JBL team will race KBM-67 for Friday’s race at Michigan. Kyle Busch led 72 laps en route to victory with the Tundra at Texas Motor Speedway in Fort Worth in its first career start.