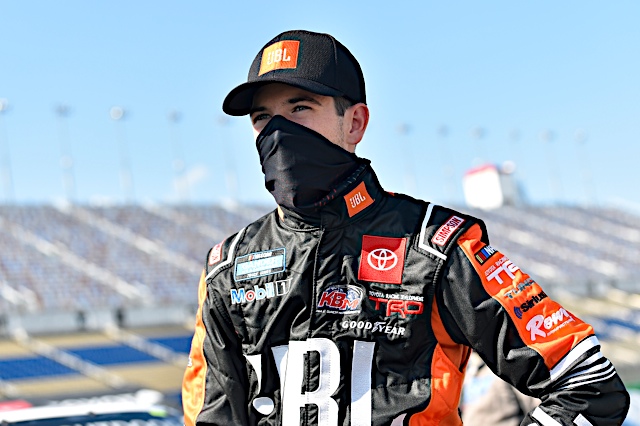 After your first two starts were on intermediate tracks are you looking forward to racing at Dover this weekend, which is a mile track?

“Yeah, I’m definitely looking forward to Dover. It is a little smaller track. Dover is not particularly a short track. Short tracks are my strong suit. This season has been a little rough for us so far, but I feel like going forward we are going to be a lot better as a team. We’ve gotten to learn each other over the two races, and I think we are going to be really good at Dover.”

How have you prepared for going to Dover for the first time?

“Yeah, so it is going to be my first time at Dover. The main thing I’ve done to prepare for that is simulator time. Me, Danny, and my engineers at KBM have been hard at work and getting hours at the simulator on Dover. I feel like we are really close on the simulator, so hopefully it translates to having a fast JBL Tundra in real life.”

Does having an extra $50,000 on the line for the Triple Truck Challenge motivate you any more than normal?

“Having $50,000 on the line is a lot of money. It’s definitely motivated me to be a little better, try to prepare a little better, hydrate, and everything that is under my control, I’m making sure that is the reason we don’t win. Yeah, I would say having 50 grand motivates me a little more.”

KBM-57: The No. 51 JBL team will race KBM-057 for Friday’s race at Dover. Kyle Busch led 25 laps and finished second with the Tundra at Charlotte (N.C.) Motor Speedway in May and most recently Smith finished 22nd with it in July at Kentucky Speedway in Sparta.