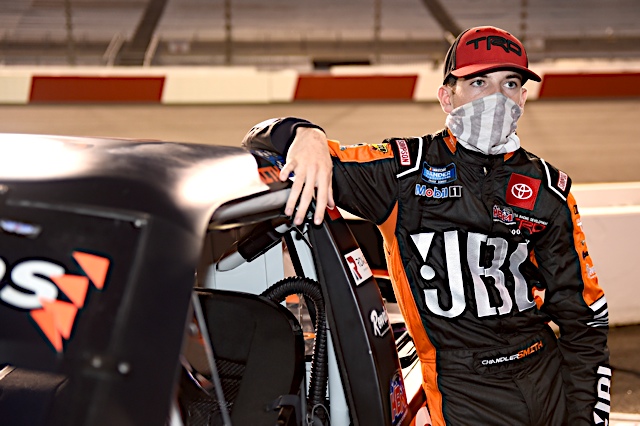 How much confidence does your runner-up finish at Bristol last year give you going into this year’s race?

“Definitely knowing I’ve had success there in the past and high-banked and fast tracks fit my driving style a little bit better, I would say gives me a confidence boost. I’m excited to get to Bristol with Danny and my whole crew. We are building on some strong momentum. We haven’t really been able to show for it, but we’ve had the speed and the trucks. I’m excited.”

You are also running the ARCA race on Thursday and they have a practice right before the truck race. How much of an advantage will that be for you over the other Truck Series drivers that won’t get any practice?

“It’s definitely going to benefit me considering it is a green racetrack. I definitely think the ARCA practice is going to help me for the truck race.”

How much focus will you put on where the No. 51 team is in the owner’s playoffs and trying to advance to the next round over the next three races?

“I’m going to keep in check of where we are in points because the bigger picture is winning the owner’s championship for our team. I’ll go out there and run my own race. I’ll need to make smart decisions and not put us in any bad situations. I think we will capitalize on that.”

KBM-52: The No. 51 JBL team will race KBM-52 for Thursday’s race at Bristol. Smith ran this Tundra at Darlington two races ago and owner-driver Kyle Busch piloted it at Atlanta (Ga.) Motor Speedway earlier this year. Busch earned the chassis best result with a runner-up finish in 2018 at Kansas Speedway in Kansas City.