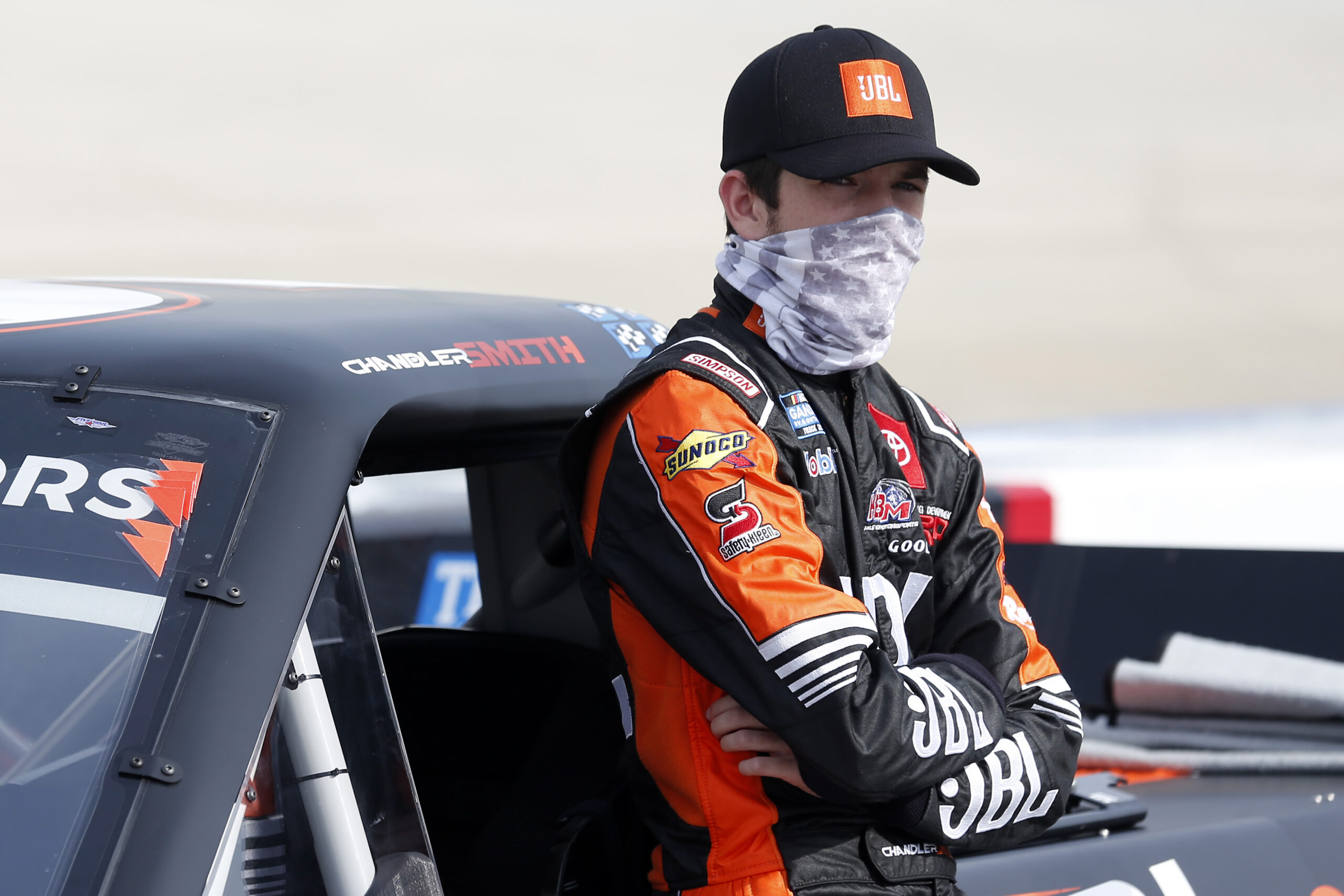 Despite the results, do you feel that you are performing better each week now that you’ve been in the truck consistently?

“Since Dover, when we got out front and led some laps, we really haven’t been able to show it, but we’ve had really good speed. Once we put a race together, I think it’s going to be hard to beat us. The time is definitely coming. It’s going to happen before the year is over with. Me and Danny (Stockman) are clicking really good. We have to put those small little pieces together. It’s those pieces that build a championship team and we are building those building blocks. It’s going to be big at the end of the year.”

How do you prepare for Richmond with no current truck series videos to watch and your crew chief not having a notebook for the truck series that you can study?

“Honestly, I watched some Cup Series watching. I watched the previous races to see what the falloff really is. Other than that, I will be completely frank, I didn’t study much on Richmond. It’s a short track. There is not much to short tracks. If your background is a short track racer and that is your thing, then every short track has the same similarities of what makes the best speed. Richmond is definitely one of those tracks. I’ve done a ton of simulator time on it. It definitely has those characteristics to it. The tires seem to falloff pretty big there. That’s definitely where I kind of come in. I did it at Darlington as well. We fired off and kind of maintained. At the end of the run, we were pretty solid. We are going to do the same thing at Richmond and go get them.”

What would it mean to get your first truck series win in a race sponsored by Toyota?

“For me to get my first win on Thursday considering Toyota is sponsoring the race would be huge for myself and for Toyota. I think it will be really cool for them because I am one of the TD2 drivers that’s under development under Toyota’s wing. That would be a really cool story for those guys and a really cool story for me as well. I’m more motivated than ever to win this one specifically just because they’re sponsoring the race. It’d be just a cool story. Also, because it is Richmond — it’s a short track!”

KBM-45: The No. 51 JBL/Smith General Contracting team will race KBM-45 for Thursday’s race at Richmond. Thursday will be the Tundra’s first start of the 2020 season. Kyle Busch captured KBM-45’s lone win in its debut race at Charlotte (N.C.) Motor Speedway in 2017.