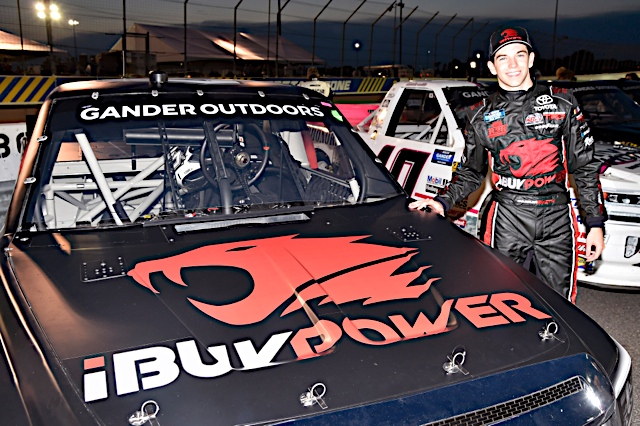 What is your experience at Bristol and how can it help you?

“I’ve been there one time with the Inaugural Short Track Nationals in the Super Late Model and we had some good success there. We won the heat race and the main race we ended up finishing third. I was only 14 at the time, so it was a pretty cool deal for me. We tested there earlier this spring with these KBM guys and we had a really fast Tundra up there. I’m excited to get back there with my No. 51 iBUYPOWER Toyota Tundra.”

How does your experience at short tracks help prepare you for this weekend?
“I think with the momentum that we’ve been rolling with — and just in general with our preseason stuff and my season has been good and we’ve had really good success this year at the short tracks — I think it’s going to carry on and hopefully we end up bringing home the merchandise in Bristol.”

KBM-024: The No. 51 iBUYPOWER team will unload chassis KBM-024 for Thursday’s UNOH 200. This chassis has started 15 races for the organization and has three wins, at ISM Raceway in Phoenix with Erik Jones behind the wheel in 2014 and twice at New Hampshire Motor Speedway; in 2016 with William Byron and 2017 with Christopher Bell.