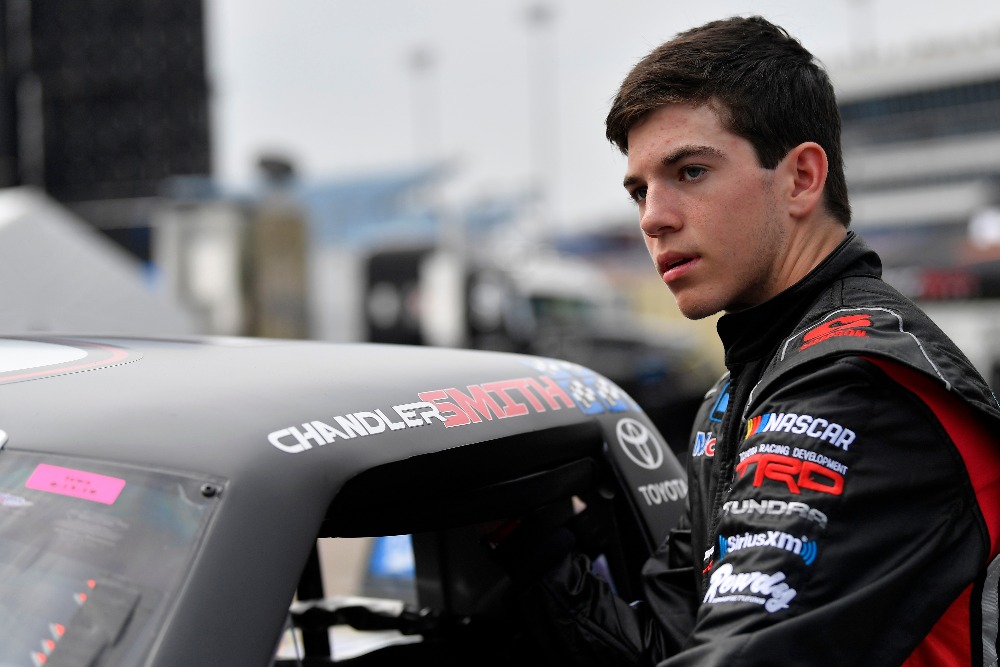 How would you assess your Gander Trucks debut last week?

“Overall it was an up and down day. Rudy (Fugle, crew chief) gave me a heck of a Safelite Toyota Tundra. Went from dominating the race to coming in for a pit stop — we had a little radio issues that we had to fix. We made our way back through the field and then I ended up suffering from a speeding penalty. Overall it was a really good learning day. I got to drive through the field twice, so I got a good bit of passing experience. We’ll take that and move on to Gateway.”

This will be your first start in any series at Gateway. What do you know about the track?

“Not that much, other than it has really long straightaways and Turns 1 and 2 are very narrow.”

How do you prepare for a track that you’ve never raced at before?

“We’ve been on the TRD (Toyota Racing Development) sim for a little bit — I’ve got a bunch of laps at Gateway on the simulator. I’m just going to reflect off that a little bit and we’ll see what we have when we get there for the first practice session.”

How have you prepared for running both the ARCA Racing and Gander Outdoors Truck Series races on the same day?

“I just have to rest up a good bit, hydrate a good bit and be mentally focused when it comes to race day.”

KBM-30: The No. 46 iBUYPOWER/828 Logistics team will unload KBM-30 for Saturday’s race at World Wide Technology Raceway. Raphael Lessard has piloted this chassis twice this season for the No. 46 squad, qualifying seventh at both Martinsville (Va.) Speedway and Dover (Del.) International Speedway with finishes of 14th and 11th, respectively.