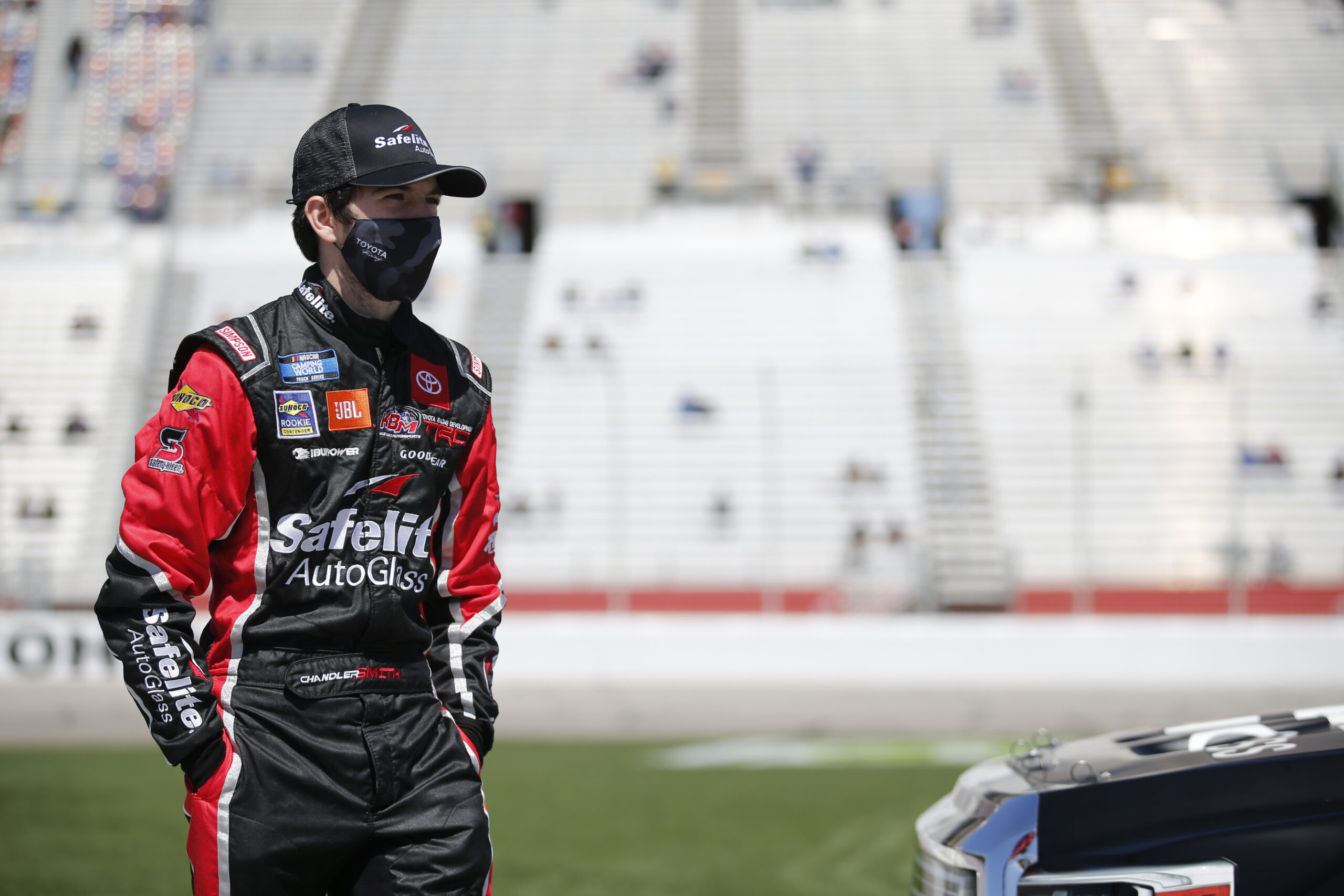 After some tough luck earlier in the year, how important was it for you and your team to have a top-5 finish at Richmond?

“It was definitely big getting that top five at Richmond. We’ve definitely had some horrible luck at the beginning of this season. I feel like things are starting to turn around and work in our favor. We’re going to start chipping away at it.”

As a young driver with no practice or qualifying, how much does it help going back to tracks you’ve already raced at?

“Considering I’ve already been to Kansas once in a Truck and that there is no practice here again, it’s going to be a big help that I was there last year. We were really strong. We are coming back with the same setup, so I’m really excited to get my Safelite AutoGlass Toyota Tundra out there and park it in victory lane!”

How does Kansas compare to the other 1.5-mile tracks you’ve raced at?

“Kansas is just different. Each mile-and-a-half track varies. It’s just a completely different track. The characteristics are that there is a lot of grip to where you can run the top or the bottom just depending on how your truck is. Last year, I was able to make the bottom work all race where everyone else was running the top and I ran the same speed. It’s a really cool track. I’m excited to go back. It’s one that I’ve had circled.”

KBM-63: The No. 18 Safelite AutoGlass team will unload chassis number KBM-63 for Saturday’s Wise Power 200 at Kansas. The Tundra has an average finish of 6.0 across five career starts, including a victory with KBM owner-driver Kyle Busch at Homestead-Miami (Fla.) Speedway last June. Smith got behind the wheel of KBM-63 once last year, a fifth-place finish at Las Vegas (Nev.) Motor Speedway in September.