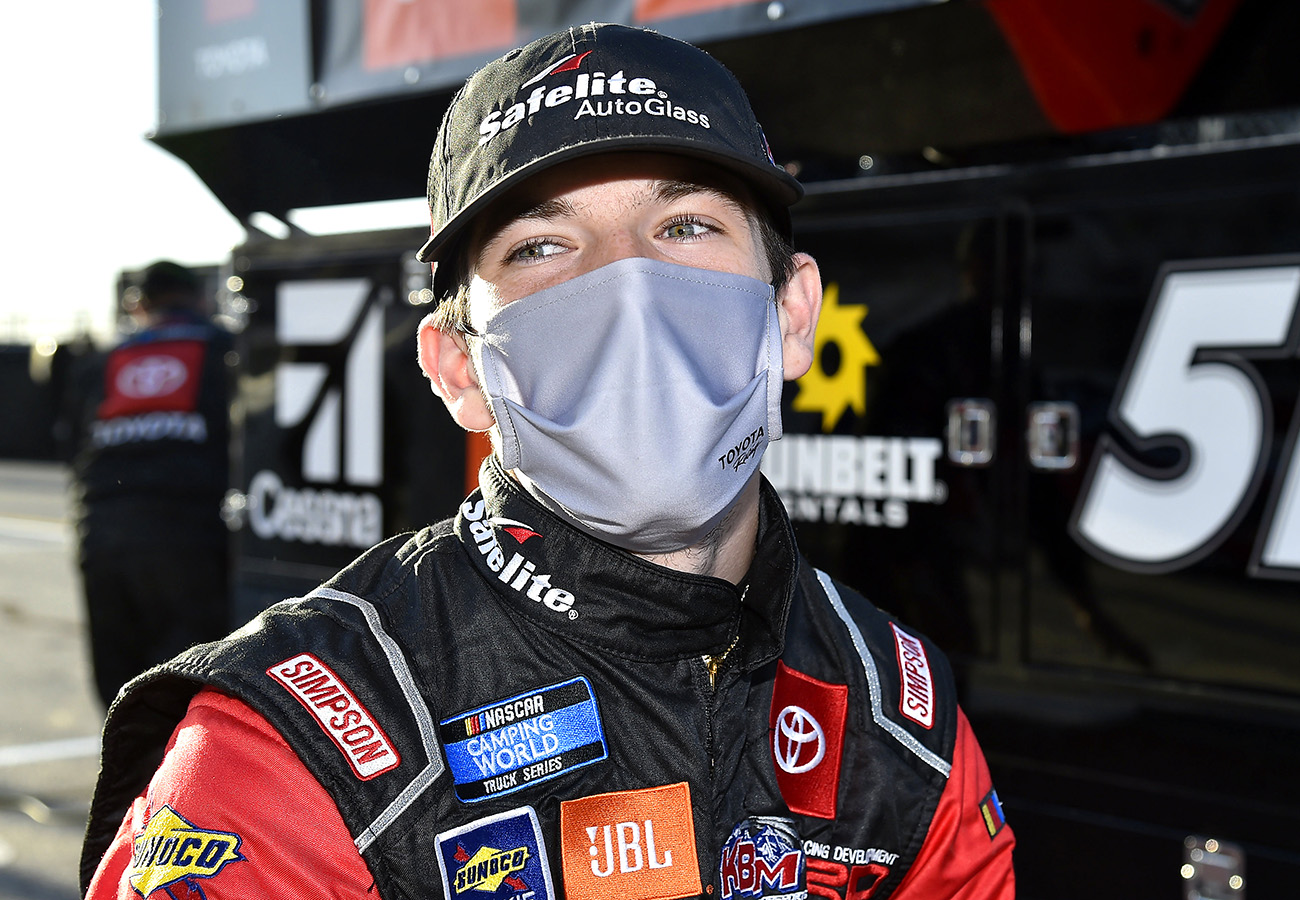 You had a strong showing on the road course at Daytona. Are you looking forward to going back road course racing this weekend at COTA?

You’ve done some driving schools at COTA. What did you think about the facility? How will the trucks race there?

“The facility is amazing first and foremost. They do a really good job at keeping it up to dat. It’s a beautiful facility. The track has a lot of character to it. It’s really worn out. There are a few passing zones. It’s a driver’s track, so I’m looking forward to getting there with my Safelite AutoGlass Toyota Tundra. I’m ready to rip.”

We’re towards the middle of the regular season. Do you pay attention to where you are in points or just let things take care of itself?

“I’m always a big believer that everything happens for a reason. I feel like we are still going to have a good season. I don’t think we are looking too good on the points right now, but we are going to gather it up and get some good momentum starting at COTA.”

KBM-049: The No. 18 Safelite AutoGlass team will unload chassis number KBM-049 for Saturday’s 41-lap event at COTA. The Tundra has been raced five times, all on road courses. Smith piloted the same Toyota earlier this year at the Daytona International Speedway Road Course. The chassis best finish, a runner-up result, came with Noah Gragson behind the wheel at Canadian Tire Motorsports Park in Bowmanville, Ont. In 2017.