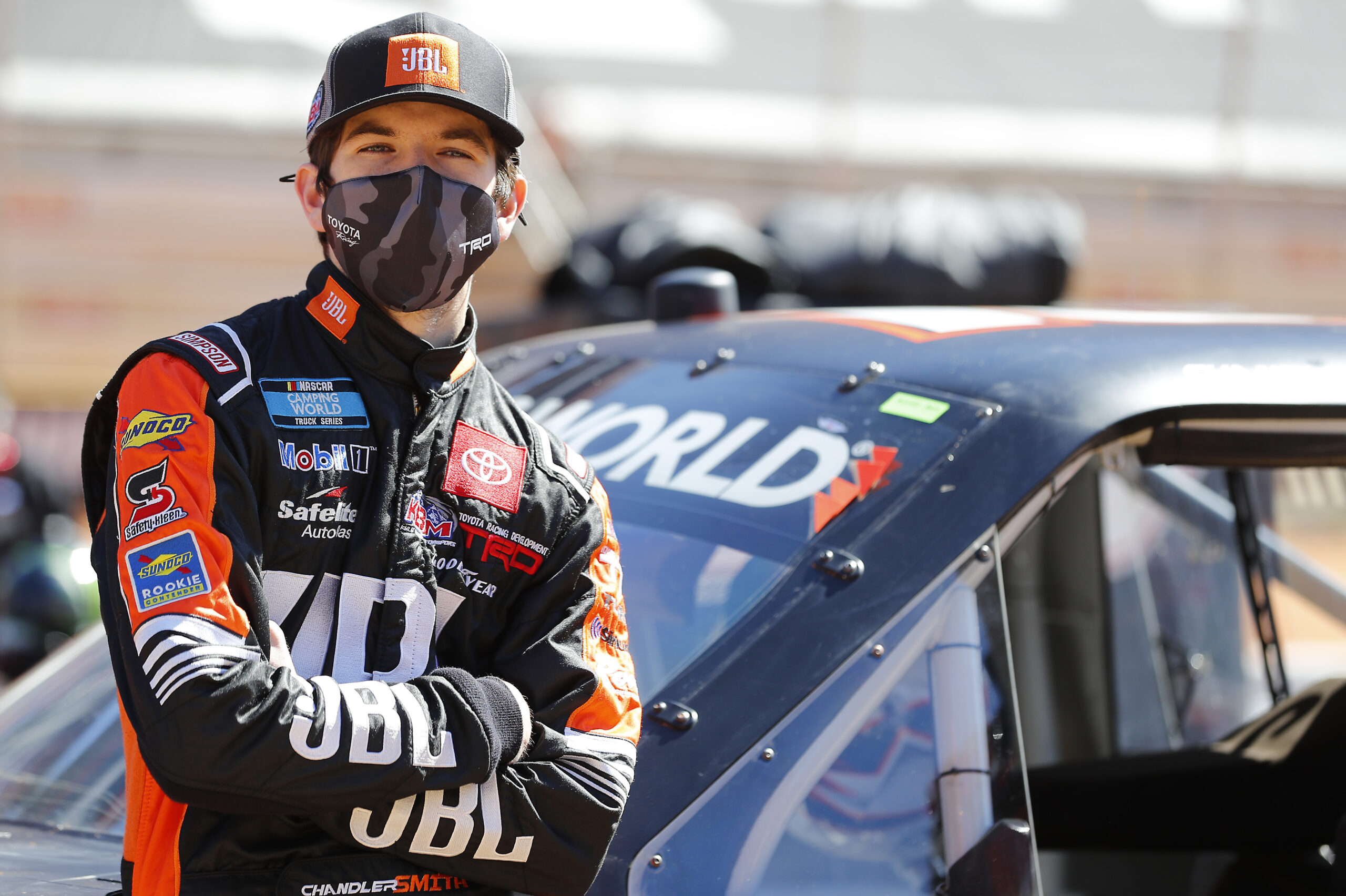 What is your outlook going into this weekend at Richmond?

“I’m really excited to get to Richmond. The trucks haven’t been there for a few years, so when the trucks went back last year, it was a pretty big deal to be part of it all. As an organization, KBM is really strong with short tracks so to help build the short track program with going back to Richmond. Going back this year, I think we are going to better in our JBL Toyota Tundra.

Does Richmond remind you of any short tracks that you grew up on in late models?

“Richmond kind of reminds of Five Flags Speedway in Pensacola, Florida. Other than that, it is a really unique track. It tears up the tires as a run goes on. You have to really be messing with the throttle all the time and racing the track. The characteristics are honestly like Pensacola.”

Have you discussed with your crew chief about the differences between a day and night race?

KBM-60: The No. 18 JBL team will unload chassis number KBM-60 for Saturday’s ToyotaCare 250 at Richmond. The Tundra recorded two wins in three starts in 2020: Kyle Busch at Las Vegas (Nev.) Motor Speedway in February and Brandon Jones at Pocono Raceway in Long Pond, Pa. in June. Saturday’s race will be the first start for KBM-60 this season.