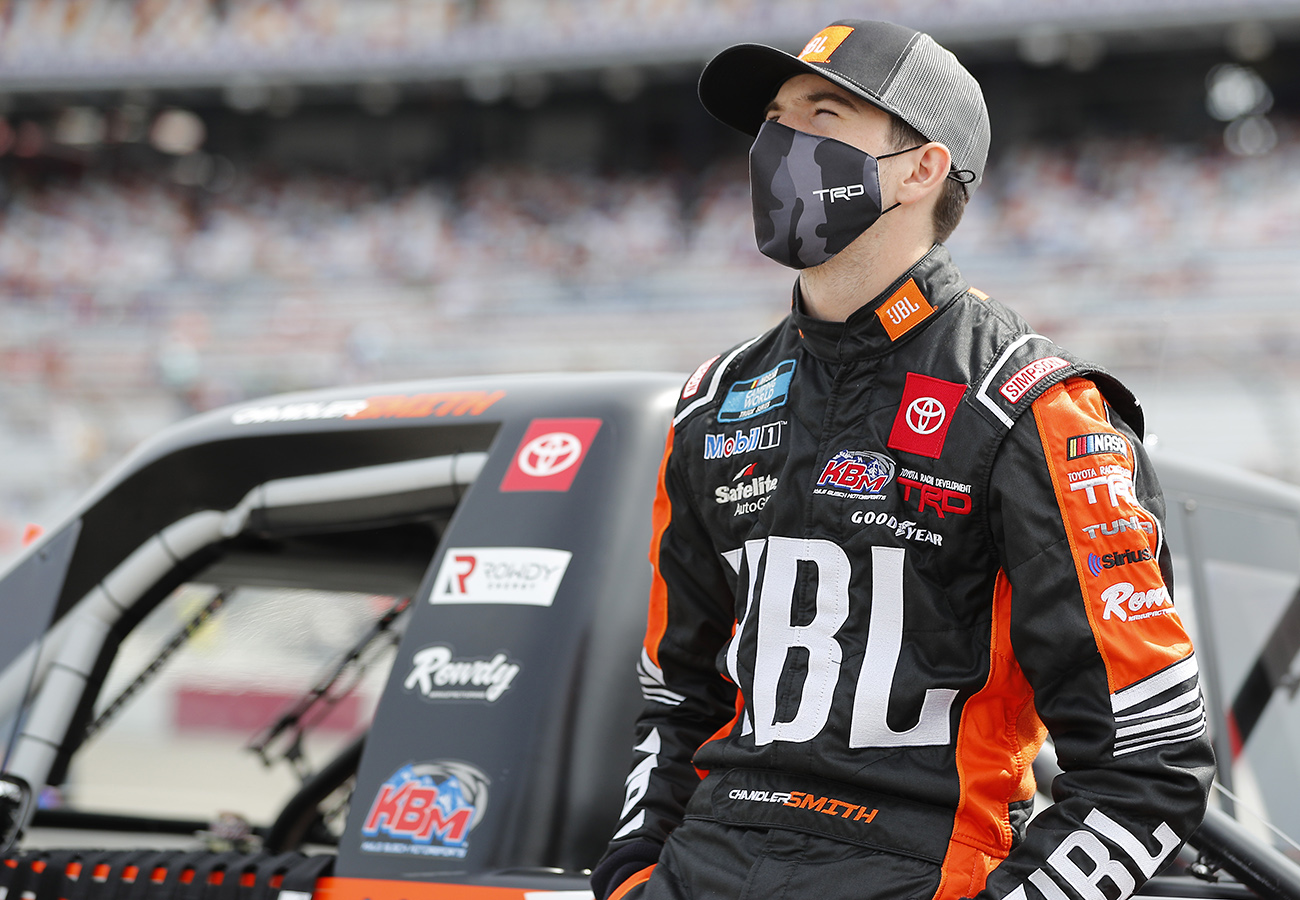 You lead some laps and won a stage last week at Nashville. How did it feel to be running back up front?

“It was definitely awesome. Overall, to get my driver confidence – I wouldn’t say back up – it’s pretty up especially after the last few races we’ve had. For me to get my first stage win with Danny and Safelite on board, it was a good experience.

You’re doing double duty this weekend. How beneficial will it be to get some more laps around Pocono before the truck race?

“Yes, just overall seat time. The ARCA car and truck are similar in a way with the same fundamentals at Pocono such as throttle control. Overall, just getting seat time is key at these tracks especially with no practice for me.”

Pocono is known as the tricky triangle. What’s the trickiest part about Pocono?

“For me, it’s getting through turn three. It’s a really flat, high-speed corner. When you’re back in traffic, at least when I was in an ARCA car, if you didn’t have clean air through the three in traffic, it got really tight, Trying to manipulate the air a little bit and find clean air and being able to maintain good speed is probably the trickiest part for me.”

KBM-060: The No. 18 JBL team will unload chassis number KBM-060 for Saturday’s 60-lap event at Pocono. Brandon Jones picked up his first career NASCAR Camping World Truck Series victory at Pocono with the same Tundra last year and KBM owner-driver Kyle Busch was victorious with this chassis at Las Vegas last March. Smith drove KBM-60 to a season-best fourth-place finish at Richmond (Va.) Raceway in April in its lone start this season.