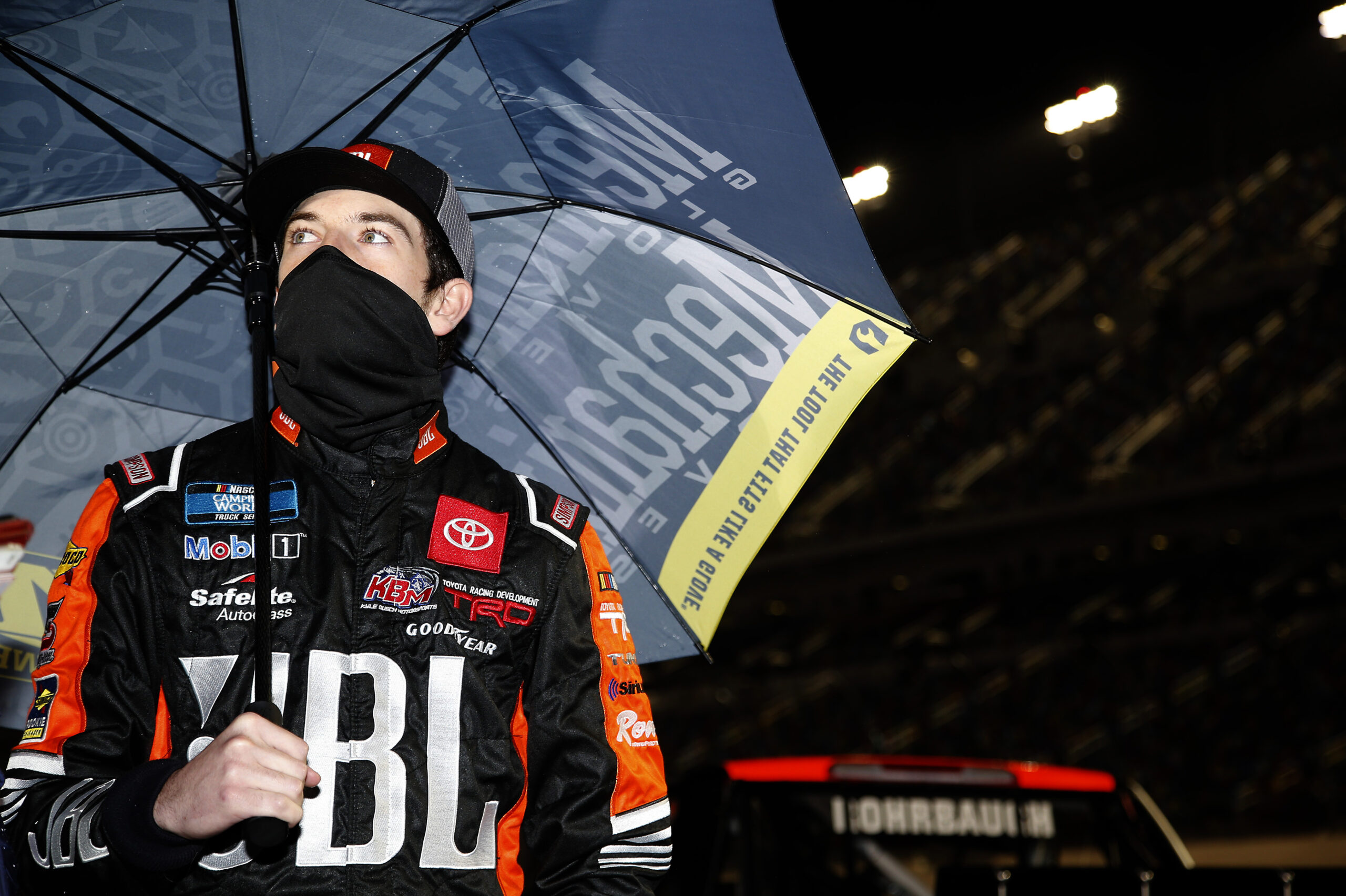 Do you have any experience racing on dirt?

“I did a sportsman late model test down at Cherokee Speedway in South Carolina. I’m not sure what the specs are of the late model. I know that it is the same body style of the dirt super late model. It went really well. I loved it. I think it was a bad idea that I did it because I opened a new can of worms. I enjoyed it a lot.”

Have you and your crew chief talked about a strategy for Saturday’s race?

“We already talked about it. It’s going to be all about survival. Being there at the end, I feel like we will be in contention for the win.”

Do you have any expectations for this weekend?

“I just want to put together race. We’ve had some bad luck here the past few weeks I feel like. I’m looking forward to getting my No. 18 JBL Tundra back out front.”

Are you looking forward to having two practice sessions this week?

“Yes, I’ve missed practice. Once it gets taken away, it’s like everyone takes it for granted when it’s actually here and everybody wants it back. I am definitely looking forward to having practice.”

KBM-25: The No. 18 JBL team will unload chassis number KBM-25 for Saturday’s Pinty’s Truck Race on dirt. In its most recent outing, Todd Gilliland won with this Tundra at Martinsville (Va.) Speedway in October of 2019. The truck has two other career wins, 2017 with Noah Gragson at Martinsville and 2016 at World Wide Technology Raceway in Madison, Ill. with Christopher Bell. In its lone dirt outing, Gilliland finished fifth with KBM-25 in 2019 at Eldora Speedway.