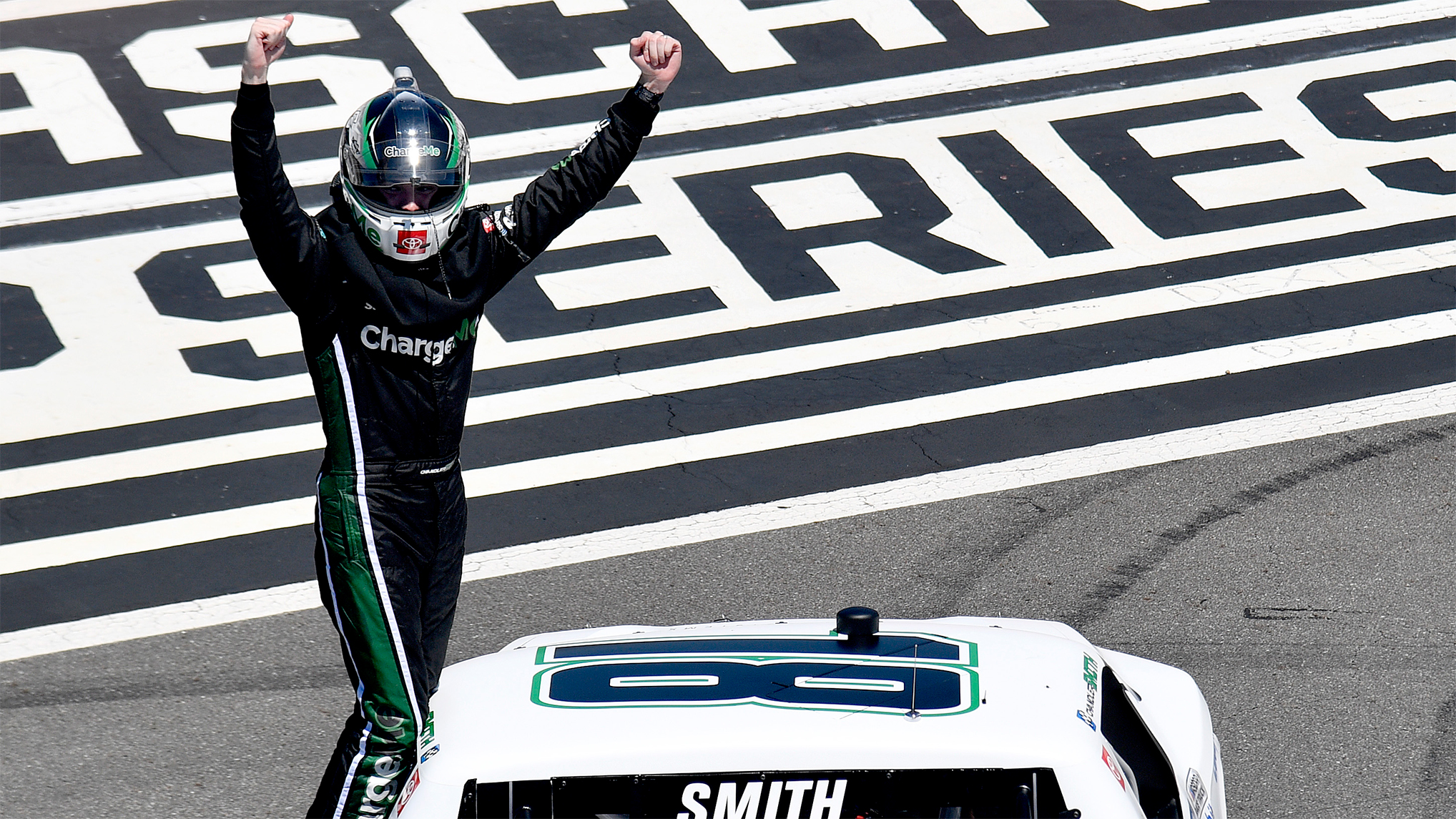 With the win, the 20-year-0ld driver secured second place in the regular season point standings to earn 10 playoff points, in addition to six playoff points for his victory and winning the opening stage Saturday. Smith enters the playoffs second on the playoff grid, 15 points behind Zane Smith.

Chandler Smith, driver on the No. 18 Charge Me Tundra TRD Pro for KBM

How were you able to hold off Ryan Preece in the closing laps to get the victory?

“God is good. It’s God’s timing. We’ve been going through a bit of a struggle here recently, but just when we need to start shining, we start shining. I can’t thank everyone enough. This Charge Me Toyota was fast today. It was really good. We were a little tight. Had some trouble getting through the gears. Sorry to the 51 (Corey Heim) team, but also thank you to the 51 team. This win is as much mine as it is yours. Just can’t thank the Good Lord enough. I’m about to have a baby boy soon and this is for you when you look back at this.”

How does this set you up for the postseason?

“Big because we didn’t have a lot of points going into the Playoffs and today we got one stage win and won the race so I think we’ll be looking pretty sharp going into IRP.”

What does this win mean to set your team up for the start of the Playoffs?

“This is awesome. I got Safelite a win earlier this year in Vegas and now I got Charge Me a win. Now I have to get iBUYPOWER a win and I think they’re on the truck in Talladega. Really excited. We had a really fast Charge Me Toyota Tundra today. Danny (Stockman, crew chief) did a phenomenal job. I knew we were going to be good today, I knew what we had coming here. Without practice, I did wish we would have had practice, but the Good Lord plays out in funny ways sometimes.”

What were the last few laps like having to play defense?

“It was really hard because I was losing fuel pressure down the straightaway and it would sputter and he (Ryan Preece) would get a huge run and I would have to block bottom, top, bottom, top every two seconds and every minute. I had my work cut out for me today to say the least.”

Smith will be behind the wheel of the No. 18 Safelite Tundra TRD Pro when the NASCAR Camping World Truck Series opens the playoffs Friday, July 29 at Lucas Oil Raceway. Live coverage of the TSport 200 will be on FS1, Motor Racing Network, and SiriusXM at 9 p.m. ET.