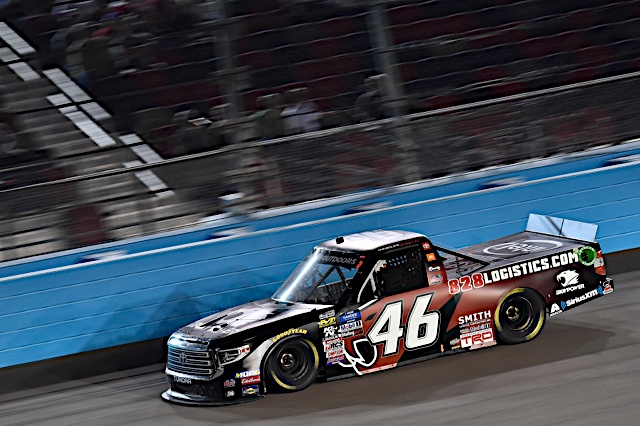 Making his fourth and final start of the NASCAR Gander Outdoors Truck Series season, 17-year-old Chandler Smith continued to show why he’s one of the top young drivers in the sport. Smith qualified sixth, but quickly made his way into the top three and ran inside the top five for the majority of the event.

When the field had completed 150 laps, Smith ended the event in the third position. It was his second consecutive top-three finish in his debut season. The Georgia native finished seventh or better in each of his four Gander Trucks starts in 2019, posting an impressive average finish of 4.2

Chandler Smith, driver of the No. iBUYPOWER/828 Logistics Tundra for Kyle Busch Motorsports:

How does it feel to finish third in Phoenix?

“Finished top three and it’s the second top three for me this year. Overall these guys gave me a heck of an 828 Logistics iBUYPOWER Toyota Tundra tonight. We ended up third, and the type of truck we had tonight was just a third-place truck. It was a little too snug there at the end there to catch the 52 (Stewart Friesen), but hats off to them. Hats off for a really good season, we’re going to go give them hell next year.”

ISM Raceway was the final race of the season for the No. 46 team, which ran a limited schedule this season.